The Bruce Lehrmann trial is in its second week, with many concerned about the well-being of Brittany Higgins after her unavailability to attend the trial.

In this article from 2021, managing editor Michelle Pini examined the despicable way the Morrison Government turned its back on Higgins and tried to cover up the scandal.

IN THE Morrison Government, it seems, it’s not nearly as important to know who knew what happened – or when – in the Brittany Higgins case as it may be to the rest of us.

Details such as crucial evidence of alleged rape, justice for the victim, a rapist still at large or government ministers only interested in saving their own skin are neither here nor there.

What does the media know? Which questions need to be managed? How can this all be made to go away? These are the pertinent questions. Because, when you’re not trying to investigate a crime but only aiming to take care of the optics, the first priority is getting the jump on anyone else finding out.

This week, as with many weeks since ex-Liberal Party staffer Brittany Higgins alleged she was raped by a fellow Liberal staffer in Parliament House – the people’s house – more revelations of a massive cover-up have emerged. However, evidence indicating the Government is attempting to establish facts concerning the case has consistently failed to materialise.

With each passing week, the list of people who knew about the alleged rape but chose not to act and now don’t remember when they knew what they knew, or if they knew anything at all, continues to grow.

Consider the following comment during yesterday’s Senate Estimates from the person heading the internal inquiry into the Government’s handling of the Higgins allegations, Secretary of Prime Minister and Cabinet, Phil Gaetjens:

“My view, then, is to ask them questions relating to this issue that confirmed, in my view, that the Prime Minister was told by his office when they told him they told him.”

Thanks for clearing that up, Phil! But let’s not get too carried away with the veracity of his comments since – despite the internal investigation reaching 100 days – Phil himself seems more than a little perplexed.

In the following exchange (during Estimates) with Senator Penny Wong, Phil “sheds light” on his role in the inquiry:

WONG: You’ve just told Senator Gallagher…that you understand your remit to be verifying what the Prime Minister’s staff told him. So, what do you understand the facts to be that you’re verifying?

GAETJENS: Senator, I’m going to take that on notice...

WONG: You don’t know what you’re supposed to be verifying in this inquiry? 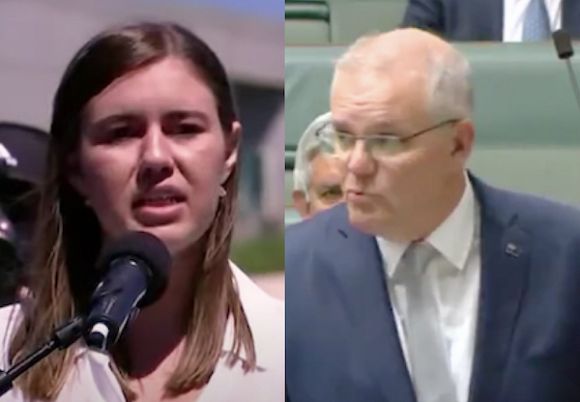 It’s increasingly difficult to keep apace of the misinformation, denial and bare-faced lies that emanate from the Morrison Government and its enablers every day.

Senator Simon Birmingham was also quizzed in Senate Estimates about why the alleged rapist was sacked but also seemed quite bewildered, taking most questions on notice.

“…You’re taking on notice the facts that you are verifying, you’re refusing to tell…the Committee how many interviews with prime ministerial staff you have undertaken and you can’t give us a date by which you’re going to give the report? And you can’t, Senator Birmingham, tell people that the report will be made public?”

Then there's a report tabled in Parliament yesterday by the PM's current Chief of Staff, John Kunkel, in which the department investigated its own conduct regarding allegations of smearing the reputation of Higgins' partner, David Sharaz. Kunkel's report declined to find “first-hand” evidence that Prime Minister Scott Morrison's media team gave negative briefings to journalists against Sharaz. Of course.

As Penny Wong pointed out, however, the report “doesn’t exonerate anybody" as Kunkel did not “find that the backgrounding didn’t happen — he just didn’t find that it did”.

No independent inquiry needed, then. 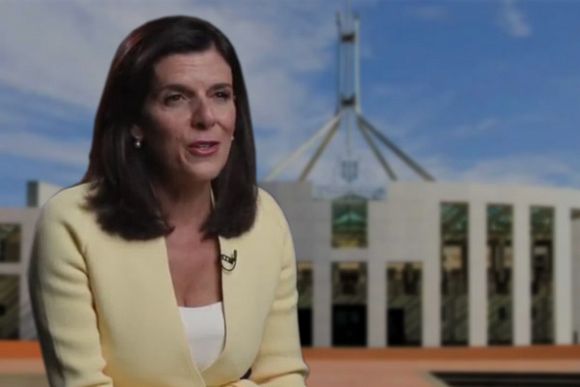 Despite numerous accusations of sexual assault and a nationwide protest, the Liberal Party hasn’t changed.

It is unsurprising that the office of Peter Dutton – who initially dismissed the allegations as a “he said, she said” scenario – was made aware 16 months before he claims to have been briefed. Earlier this year, Dutton revealed that the first he’d heard of this particular rape allegation was on 12 February 2021 when Australian Federal Police Commissioner Reece Kershaw shared the information under “sensitive investigation” disclosure guidelines.

However, we now know, also courtesy of the AFP, that Peter Dutton’s office knew about an alleged sexual assault in October 2019. Either Dutton’s department went to extraordinary lengths, over 16 long months, to keep it from him, or he has suffered an extreme memory lapse episode, reminiscent of Arthur “I can’t recall” Sinodinos.

It is perhaps also unsurprising that Dutton also chose not to act. What is shocking is that it now appears he lied about when he knew what he knew, which makes him complicit in the cover-up. Then again, given Dutton’s record, that’s not so astonishing, either.

Then there’s the PM himself, who has consistently maintained he and his entire office were ignorant of the alleged rape until 11 February 2021. At least Morrison admits to knowing a whole 24 hours ahead of Dutton.

Defence Minister Linda Reynolds, in whose office the crime was allegedly committed, knew way back in March 2019, when the alleged incident occurred, but didn’t alert the Prime Minister or, ostensibly, anyone of note. Nor did she instigate an investigation. Or look into security procedures.

Since the incident was treated as a “security breach", CCTV footage from Reynolds’ office at the time of the incident would likely have been viewed by parliamentary security officers, by staff from the Office of the Prime Minister – including then-senior adviser to the PM, Fiona Brown – and, probably, by Reynolds. 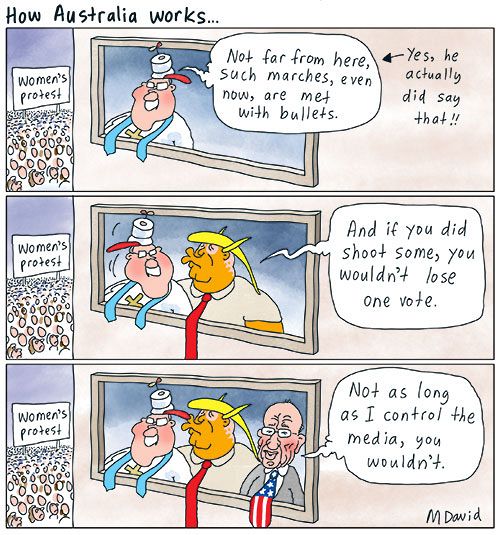 Higgins and Tame can't do it alone: Men must step up

It was with a sense of exhaustion and despair that I attended the women’s March for Justice yesterday.

But it has never been viewed by the victim, or, even made available to the AFP or, anyone else of note, apparently. Reynolds did manage to find time to have the couch – where the incident may or may not have taken place – cleaned, though. Maybe she was advised by our pious PM that cleanliness is next to godliness. Reynolds also found time to call alleged victim Brittany Higgins, “a lying cow” — not sure from whence that advice came.

And Employment Minister Michaelia Cash says she knew nothing until 5 February this year — a full six days before Morrison and seven ahead of Dutton. She also didn’t share that information with the PM. Or then-Home Affairs Minister Dutton. Or take any action whatsoever.

Jokes aside, it seems clear from this complete debacle that is the Morrison Government's “inquiry” that there is zero transparency. We cannot trust this Government to properly investigate such a serious matter or the consequent allegations of incompetence and corruption. Only an independent inquiry can have any hope of establishing the facts.

When Scott Morrison was claiming he knew nothing before the media did, he also professed to have “listened to Brittany”.

The PM then claimed to have had an epiphany after his wife, Jenny, “clarified” things for him when she said:

‘You have to think about this as a father first. What would you want to happen if it were our girls?’

Well, apparently, not much.