PAINFULLY SLOWLY, Prime Minister Scott Morrison has been inching away from the climate denialism and "donothingism" that has characterised his political career.

But his carefully calibrated strategy has been upended by the activism of the Biden Administration.

Morrison's statement a week ago that ‘the political debate about reaching a carbon-neutral future is over’, while cautiously worded, marked a break with the denialists who still want to pretend the whole issue will go away. 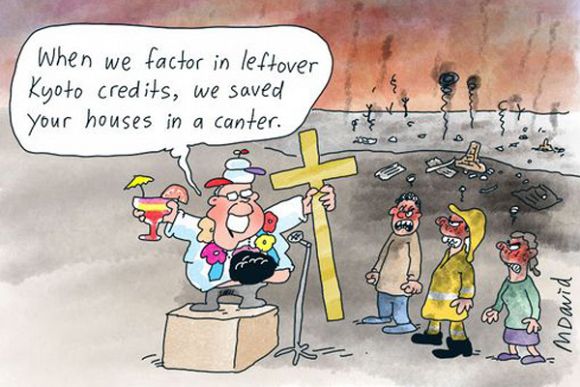 After consistently rejecting the idea of a 2050 net-zero target, Morrison told the National Press Club that net-zero emissions should be achieved as soon as possible and preferably by 2050. Still, he refused to harden this "preference" into a firm commitment.

Given that nearly every country in the world has adopted a 2050 net-zero target, it’s natural to ask why Morrison is being so evasive. The answer was spelt out by Energy Minister Angus Taylor in an interview with Fran Kelly on the ABC last year.

Criticising the idea of a 2050 net-zero target, Taylor stated that achieving such a target would require a reduction in emissions of 43 per cent relative to 2005 levels. That’s exactly consistent with the policy Labor took to the 2019 Election and unsurprisingly anathema to Coalition partisans.

But it is the only realistic option for Australia.

Morrison’s plan appears to rely on putting off any real decisions until the election that will presumably take place in August or September.

That would leave a couple of months in which to adjust Australia’s position for the Glasgow climate change conference in November without having to worry too much about fractious backbenchers or resistance from the National Party.

Most of the political class in Australia is still thinking in terms of this strategy, driven by domestic politics. They appear not to have absorbed the implications of the announcements made by U.S. President Biden on his first day in office. Among many other initiatives, Biden announced that he would be summoning world leaders to a summit, with the aim of pushing them to adopt more ambitious climate goals.

The date for the summit has already been announced as Earth Day, April 22.

There is no chance that the Morrison Government will be able to fly under the radar at this event. The list of major countries without a 2050 net target is short: Brazil, China, Russia and Saudi Arabia, as well as Australia.

Biden’s climate envoy, John Kerry, has already called out China for the inadequacy of its 2060 net-zero target. Brazil, Russia and Saudi Arabia are already viewed as pariahs.

Australia is at the top of the list for the exertion of pressure.

Nor can we expect any sympathy from either the Administration or the broader Democratic political class, the views of which are represented most prominently by the New York Times. On the contrary, Australia has become the poster child for climate irresponsibility, frantically digging up the coal while ignoring the link to catastrophic consequences like bushfires and coral reef destruction.

Discussing the need for action, Kerry quoted at length from an article in the New York Times, describing the bushfires headlined 'Watching earth burn'. The author, Michael Benson, described huge plumes of smoke with flame vortexes spiralling 200 feet into the air passing New Zealand and stretching thousands of miles into the cobalt Pacific. 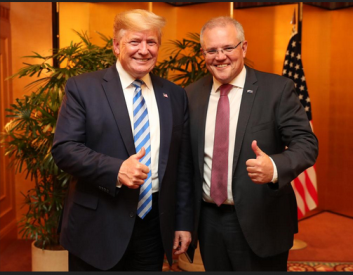 Even when backing the U.S. against China, we can’t expect much sympathy.

Far from criticising China for blocking imports of Australian coal, the New York Times framed the conflict as one in which:

‘China is forcing Australia to confront what many countries are concluding: the coal era is coming to an end.’

What this means is that Morrison has less than three months to come up with a policy acceptable to the Biden Administration. We’ve already seen the fiasco in which Morrison’s pre-leaked speech to Boris Johnson’s lower-profile climate summit couldn’t be delivered because he wasn’t invited. That didn’t attract much attention from ordinary voters.

But the spectacle of being held up to global shame by our most important ally could well be terminal for Morrison’s electoral hopes.

Morrison’s best hope in all of this is the spinelessness of Opposition Leader Anthony Albanese. At a time when Morrison’s failure to deal with the "Trumpists" on his backbench should have been terminal, Albanese chose to follow suit, dumping climate spokesman Mark Butler to appease pro-coal "Trumpist" Joel Fitzgibbon.

After years of inaction, there is finally a chance of a global commitment to prevent catastrophic climate change. Those who refuse to play their part will surely pay a price.

Australia’s leaders, focused on the pettiest kind of domestic politics, look set to ensure that we are listed among the failures.