It’s the Seven Mountains Mandate. And it’s quietly creeping from America into Australian political life, with the express purpose of taking control of all the institutions of power.

It was not a role previously in existence at the Gold Coast Council, but last month Tate appointed as his “City Pastoral Advisor” a passionate advocate of the Seven Mountains Mandate, Sue Baynes.

In case you haven’t heard of it before, the “Seven Mountains Mandate” is a Pentecostal movement to bring on Judgment Day, so Christ can return.

According to Elle Hardy, author of a new book on the global rise of the Pentecostal Church – which now numbers approximately 600 million followers worldwide and is on track to outnumber Catholics by 2032 – the group has its sights on world domination.

A plan by a shadowy group of “prophets” and “apostles” to take over the world sounds like the stuff of a bad airport novel, but it is one of the most important ideas in the Pentecostal movement today.

The premise of 7M, as it’s often called, is that the seven pillars of society have been taken over by demonic powers. Believers have to reclaim control of these “mountains” so that Christ can return to rule over the Earth.

The so-called Seven Mountains are:

And now it is taking hold in this country.

In a 2019 YouTube video, Gold Coast City Pastoral Advisor Sue Baynes said she was passionate about the Seven Mountains Mandate and “how we could bring that to our city and to our nation”.

While explaining the Seven Mountains Mandate in 2019, Ms Baynes said that followers should:

“For the next two hours, I sat in that man's office and he shared with tears in his eyes the story of how he became a Christian,” she preached.

"I outlined for him, on a piece of A4 paper, the Seven Mountains Mandate... I said: ‘This can be a template for how we can see our city transformed by the power of God to look like the Kingdom of God.’ He said, ‘I want this, I want you to help me to do this.’”

Last month, Mayor Tate said he “didn’t recall” when asked whether he had expressed support for the Seven Mountains Mandate to turn the Gold Coast into a “kingdom of God”, but certainly did not deny it.

“If someone's got a good idea, I will acknowledge it and go for it,” Tate said.

“[If] there's a Christian group who wants to link the various categories in those mountains to instead of acting as silos, but to be one community, well we should all welcome it.”

Tate’s relationship with the truth has long been a subject of interest for IA readers.

His approach may be explained by his spiritual advisor, Pastor Baynes, in that 2019 video:

“When you have an assignment from the King, that assignment might be covert or it might be overt. Other times God leads you to something that's quite covert — it's kind of under the radar, it's a little bit hidden and for me, that's been my story with Tom.”

They want to take over. 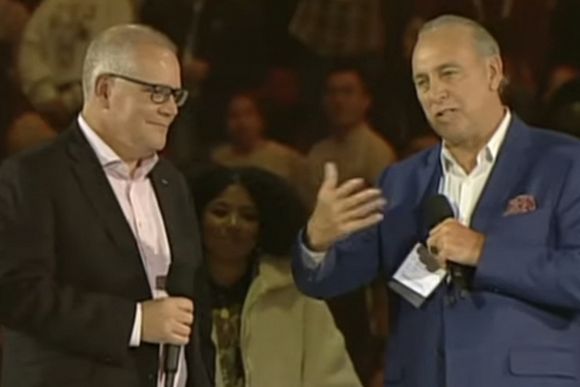 Last week, we heard that NSW Nationals candidate Kimberly Hone was a supporter of the Seven Mountains Mandate.

The WA Liberal candidate for Pearce Linda Aitken is also believed to be a Seven Mountains Mandate supporter.

Prime Minister Scott Morrison is a Pentecostal. So is his best friend, Stuart Robert — a Gold Coast Pentecostal.

As Crikey’s David Hardaker reported a year ago in an article entitled, ‘Scott Morrison and the Seven Mountains mandate: how the PM is changing Australia in God’s name’:

Scott Morrison’s address to the Australian Christian Churches (ACC) gathering on the Gold Coast last week began with a roll call of Christian influence on the Government.

The words were music to the ears of an adoring audience of Pentecostal Christians lapping up the proof of how far they’d come with one of their own in the highest political office in the land.

Robert has recently been promoted to the Government’s powerful Expenditure Review Committee.

These are people who will lie and call it "God’s will".

Do not re-elect the Pentecostals. 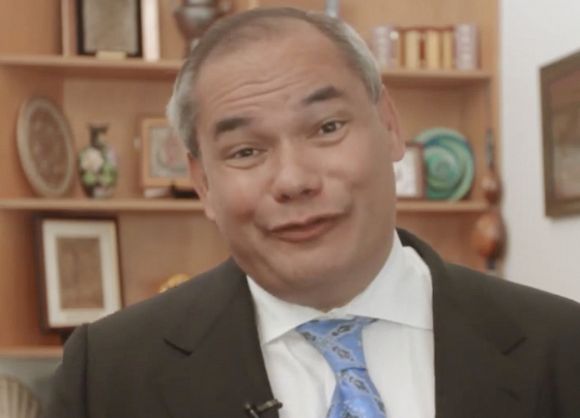 If you are a Gold Coast resident and are considering voting for Tom Tate, then perhaps read through the following list of Tate’s lies and failures first.