One of the most volatile Liberal seats in Australia is up for grabs — and it's current holder, Sophie Mirabella, may be fast heading for the history books, writes senior correspondent Barry Everingham, who has spent a few days in the electorate.

YOUR CORRESPONDENT spent the last few days in Mansfield ‒ a large town in Sophie Mirabella's large electorate of Indi ‒ and, it seems, she doesn't rate very highly at all among the Mansfieldians who, in the main, are decent high intellect voters.

Let me share some of  the adjectives used when the Member's name was mentioned: arrogant, rude, patronising and condescending, intolerant, racist, intolerant of those she considers her inferiors — the list is long and it's really horrible.

Mirabella surprised the voters from day one of her quest for the seat when she narrowly got pre-selection prior to the 2001 election by using former Liberal power broker, Noel Crichton-Browne as her campaign manager.

Now anyone with an ounce of political nous would be aware that no self respecting Liberal would be seen dead with the disgraced and disgraceful former senator — that is except our Sophie. 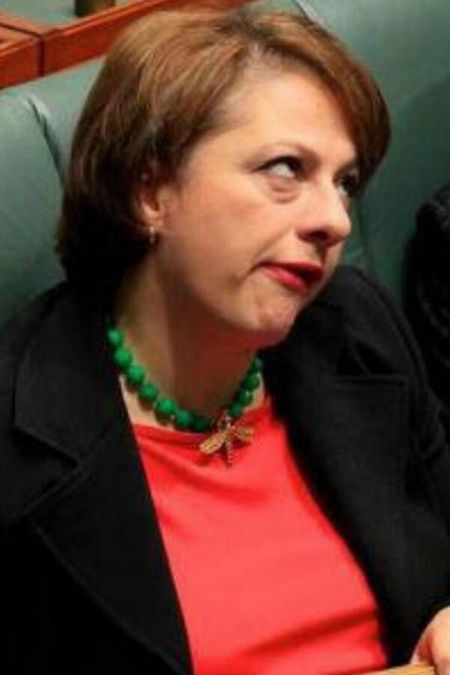 She was Miss Panopolous in those days, fresh out of a  secret long term relationship with the highly respected and revered Professor Colin Howard, a man many years her senior.

But more on that later.

Way back in 2001, your correspondent asked Sophie what her  mother would think if her daughter was running around with the likes of the  former senator, who only that week had publicly told a female reporter from the Australian Financial  Review he would "like to screw her tits off"!

Typical of Sophie she descended to the bottom of the barrel and told me "the former senator is  a friend" and just before she slammed down the telephone invited me "to go fuck myself!".

Mirabella has all the charm of the barnyard.

Her appearances on ABC's Q&A have many Liberals squirming — as does her behaviour in Question Time in the House of Representatives, where here arrogance is given full poison vent.

Many of the more moderate Liberals were shocked when, on one memorable occasion, Mirabella called out as the beautiful Kate Ellis moved towards the Table to answer a question "here's the weather girl"!

Her racism came to the  came to the fore when she absented herself from the House when Kevin Rudd made his famous apology to Indigenous Australians.

Her absence didn't go unnoticed to the many well-respected Koori members of her electorate.

As The Age has reported, in one year ‒ 2007 ‒ over 36 Parliamentary sitting days, she was ejected from Parliament five times — the second worst record of all MPs in the House.

This is the woman Tony Abbott admires; it can only be assumed he sees her thuggish take no prisoners attitude in line with his own persona. It is little wonder she refuses to take part in one-on-one debates or forums where her main opposition ‒ Independent candidate Cathy McGowan ‒ is present.

Mc Gowan, dignified and articulate, without being arrogant, is a well-regarded  and  typical country woman, who grew up on a farm and has established a rural consulting business.

She has 13 siblings, including a doctor, a lawyer and two scientists.

Independent Australia's own research on McGowan hasn't found any of the baggage Mirabella carts around.

Any profile of Mirabella would be incomplete without a mention of her (until recently) de facto relationship with Professor Colin Howard — a man 40 years her senior,

Howard was her professor of law and she the executor of his will.

Howard's children are not seeking details of the house Howard settled on Mirabella, or the return of  large sums he  advanced to her in her original fight for Indi, but they are wondering what kind of care she and her now husband Greg Mirabella provided her for her ex lover, who, in his final years, was a confused man.

The Mirabella's moved Professor Howard to Wangaratta, where he subsequently died.

I twice called Mirabella's  office to seek details of the Supreme Court action. At the of writing, the calls have not been returned.