Memo to the Fizza: Always bring a gun to a fist-fight

AS I PREDICTED in last week's Media Sauce, Tony "Two-Rounds" Abbott and Malcolm "the Fizza" Turnbull are in training for the fight of the century.

It will make the Rumble in the Jungle look like two man-babies having a playground dust-up in grade two.

This time, they're bringing guns to a fistfight.

And the lever-action, rapid-fire Adler A10 is the mother of all shotguns.

Two-Rounds shot himself in the foot last week by making some off-the-cuff remarks about his time in office that are apparently not supported by the facts. Or at least the facts according to the Fizza.

Fizza Turnbull bluntly contradicted his predecessor in a row about who said what and agreed to what with one of the Senate’s loosest cannons, David Leyonhjelm. At the centre of the brawl that erupted behind the Parliamentary bike sheds last week is the fabulous and necessary piece of "boom-bang" hardware, the seven-shot version of the Adler.

The seven-shot Adler is banned in Australia — much to the chagrin of Leyonhjelm. The senator wants one to defend himself from disgruntled Queensland cops who, it is rumoured, have called a fatwah on him for saying he would let an injured police officer "lie on the side of the road and bleed to death" rather than help get her or him to the nearest emergency department.

"If that's what they think, they can lie on the side of the road and bleed to death."https://t.co/hALlY4Hz2b #9News

The irony in the fact that Leyonhjelm was speaking to a bunch of bikies who would also like the shotguns to take care of business, including perhaps shooting a cop or two, seems lost on the daft libertarian senator.

According to an Australian Criminal Intelligence Commission report, released ast week, there are more than 260,000 illegal weapons already on the black market, or in the hands of criminals in Australia. A five-shot version of the Adler A10 is legally available in the "least restrictive" category of weapons. Do we really need a seven-shot, semi-automatic shotgun to add to the potential carnage?

Leyonhjelm has been uncharacteristically mute since the story of his "bleed to death" comment broke, but some young gun in his office has issued a statement no doubt designed to calm things down; unfortunately – like many unreliable weapons – it backfired.

On Friday, the spokesman for the senator said he was a

"... libertarian who wishes no ill will on anyone, with the possible exception of authoritarians who would treat law abiding people like criminals."

Apparently, in the topsy-turvy world of Kool-Aid slurping libertarians, treating hardened criminals "like criminals" is not cool. Leyonhjelm is clearly disturbed, but that fact has never prevented the Liberals from romancing him to secure an important vote in the Senate.

So here's Malcolm Turnbull basically calling Tony Abbott out for lying for the "guns for votes scandal" #qt #auspol pic.twitter.com/7vbpmRfDCI

A deal to give Leyonhjelm his Adler was apparently struck by Two-Rounds while he was sitting where Fizza sits for the moment. The Senator would get to blast away at his pet hates with the shotty if he voted to pass the Coalition’s union-bashing Australian Building and Construction Commission (ABCC) legislation.

Fizza says "no deal" was done and this has put Leyonhjelm’s vote at risk. For some reason known only to himself, Fizza then picked a fight with Two-Rounds on the floor of Parliament late last week, and the insults and fists have been flying now for several days.

As usual, Abbott attempted to deflect accusations of double-dealing with Leyonhjelm by going on the ABC’s 7:30 to blame a low-level staffer in his office. But, as Lenore Taylor mentioned on Insiders, in the process of refuting Turnbull, Abbott dumped a bucket onto his allies, including Peter Dutton.

Coalition unity wounded in the crossfire

Liberal Party newspaper, The Australian, is at sixes and sevens (their editor can’t count any higher than that) over the internal niggle. A strapline on last Friday’s coverage of the damaging brawl sums up the Coalition’s dilemma, at least as it is viewed from the party bunker in Holt Street, Surry Hills.

Editor Paul "Boris" Whittaker writes out the headlines in crayon before the printers get hold of the copy and, apparently, he has to use ALL CAPS to make himself understood:

INTERNAL COALITION DIVISIONS DROWN OUT ATTACK ON LABOR OVER UNIONS

Malcolm Turnbull and Tony Abbott have turned on each other in a destructive clash over the “guns for votes” dispute, wrecking the Government’s message on workplace reform in an open display of division.

Over the weekend, Fizza has been practising in the library but is yet to hit the target. There's a graze across one temple, the mirror is shattered, the valet says "It's ony a flesh wound" and Lucy has put the family pets into care; just in case, of course. Sources reassure me that Malcolm will eventually learn to re-engage the safety before any more Ming vases and Dresden doll figurines are blown to smithereens.

The Party Paper has been offering its advice to both antagonists. Chief Excuse Writer Denis Shanahan wrote a pleading missive to Fizza and Two-Rounds urging them to settle their differences like decent adults for the good of the nation. 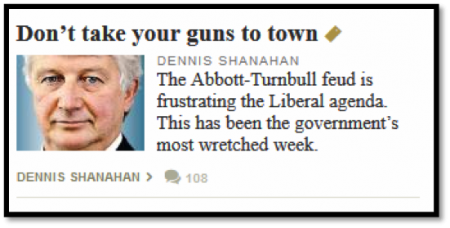 Figure 1: It's behind the paywall, don't bother

Not even a rusted-on apologist like Shanahan could make this look good for the Coalition. According to Shanahan, last week was "disastrous" for the Coalition Government and has left the Liberal Party reeling with ‘bitter frustration and a feeling of betrayal’.

Of course, this means that the Labor Opposition had a good week by comparison. Bill Shorten’s "zingerthon" got all the laughs and added to the Fizza’s weekend of angst and target practice.

IA has republished Bill’s speech in full, but it’s worth highlighting again a couple of salient points.

Here’s Bill pointing out that the lies and denials kept coming from both Two-Rounds and Fizza:

... There is a split in the Coalition, an insurgent member for Warringah. And what was that unfamiliar noise we heard of drumming on the backbench?

It really is an exciting time to be Prime Mininister.

Over the weekend, Two-Rounds and Fizza both took time out from practising, with the difficult-to-master lever action to make an appearance at the Liberal Party NSW AGM. The SMH described the meeting as a "showdown" and the motion supported by Turnbull as winning the vote. However, Abbott had a "victory of sorts" according to Niki Savva on Insiders yesterday.

At the heart of this aspect of the feud is the factional nature of the NSW Liberal Party, which has become a vicious proxy war between Two-Rounds and Fizza.

The hilarious angle on the faction fight is that Two-Rounds is painting himself as a champion of democracy. No, no, stop laughing — he’s serious.

I’m kidding, the whole thing is a joke and the punchline is that Turnbull’s supporters have accused Abbott’s gang of being the "Trump-wing" of the Liberals. 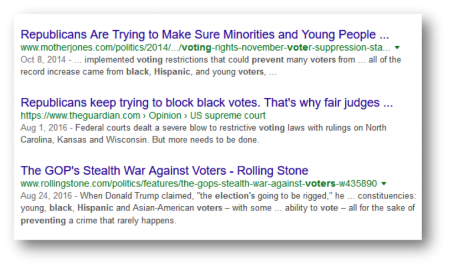 Of course, no drama of this magnitude would be complete without the Poodle Pyne trying to pour petrol on a raging blaze. On Insiders yesterday, Pyne made the ridiculous claim that Two-Rounds and Fizza were singing from the same song sheet on the shotgun row.

Yes Christopher, it is just a "storm in a teacup" as you told Barrie Cassidy yesterday. Trouble is, it’s a huge teacup and it’s a hurricane-force storm that’s brewing.

According to the Poodle, the Liberals are "entirely united" behind the current leadership and "getting stuff done". This probably means that Pyne hasn’t spoken to Eric Abetz or Cory Bernardi.

Now you can laugh.

So, where does that leave the Liberal Party and Turnbull?

Well, last week Abbott told Leigh Sales that he’s not interested in Turnbull’s job but, as we know, we can’t believe the lies that pour so freely from his pugilistic lips.

Perhaps there will be a split in the Liberal Party. Maybe Two-Rounds will march his diminishing platoon up the Hill of Loneliness and sit there sulking until the next election?

I wouldn’t be surprised if Two-Rounds is in deep discussions with his remaining allies and the ambitious Mr Ashby, currently of the One Nation persuasion.

If these grubs could put together a unity ticket with Bernardi’s new conservative grouping, they might be hopeful of swinging the electorate even further to the right.

Bernardi has established what he calls the Conservative Leadership Foundation, but the forum’s logo looks suspiciously like it is ready for the election bunting in 2019.

I’m not a day-dreamer, nor am I a conspiracy theorist, but with the help of Boris' and the Party Paper, the lunar right might just get a sniff of power, in a three-way coalition with the rump of Fizza’s Liberal Party and the Nationals.

This week is likely to be very interesting. Two-Rounds and Fizza have been separated by the playground monitor for now, but they are still pissed with each other and are whispering in the toilets, gathering their friends for another shot at the other.

It might have to wait until after school, but I’ve been involved in many brawls outside the milk bar. And what I know is this: it’s not over until someone has a bloody nose and a black eye.

I don’t know if the Fizza’s expensive tastes incorporate country music and Two-Rounds only has the theme from Rocky on his iPod, but maybe they should heed Johnny Cash’s warning and leave their guns at home.

But if these two are willing to bring an Adler to school in the backpack, a black eye might be the least of their worries; the bodies might start piling up outside the detention room.

Turns out that the double d was called so we can go pig shooting at close range behind the luxurious Adler fast loading shotty. #auspol

Leyonhjelm will look for another trade off for ABCC support if government won't play on gun https://t.co/FhjXEGCHGp via @ConversationEDU

Turnbull and Abbott refuse to back down over ‘guns for votes’ claims.https://t.co/BKwAPwSWLk @lcalcutt #9News