The mainstream media has a duty to see through our government's political smokescreen when it comes to national interest, writes Timothy Ginty.

“...our decisions as a nation are a reflection of our character and our values and so are these decisions today. What we believe in. And if need be, what we will defend.”

Those decisions he was referring to include the purchase of long-range missiles, the development of cyber-warfare capabilities and the investigation of hyper-sonic weaponry.

This radical expansion of Australia's capacity to inflict violence, we were assured, was to protect Australian sovereignty:

“Sovereignty means self-respect, freedom to be who we are, ourselves, independence, free-thinking. We will never surrender this. Never. Ever.”

That politicians routinely employ the liberal discourse of “values”, an imagined “rules-based order” and an undefined “national interest” to justify belligerent foreign policy is not surprising.

And that politicians speak of states that, like individuals, possess character, collect friends and enemies, that they have faculty for psychological traits like self-respect and that a nation as a whole may make decisions that reflect shared beliefs, is hardly new.

But what is disappointing is how large sections of the Australian media echo this discourse with scant space for critical reflection or questioning.

This tradition of homogenising a population's conflicting communities, ideologies and practises through the embodiment of a living, thinking state is a long one, especially popular in liberal international relations theory. And it is a dangerous one.

It is dangerous because such language defers authority for determining such “values” and the “national interest” to an elite group of politicians and bureaucrats.

It assumes that there is no dissent in determining what exactly are such things as national interests and values and that there are no other more prominent interests to citizens, such as material and class interests.

Instead of parroting such noble-sounding concepts as “the liberal, rules-based order”, in which our government is assumed to defend our “national interests” and project our “values” through developing well-considered strategic doctrine, the Australian media must ask critical questions of our elected representatives.

The debate over what constitutes Australian and democratic values and how to realise them does not stop at our border.

Australian journalists ought to know, then, that Australian governments systematically sacrifice our supposed “values” in a trade-off for gains in corporate financial interests, domestic political considerations and minute geopolitical calculations.

There are few areas of politics in which hypocrisy is more glaring than foreign affairs. And in an age of nuclear sabre-rattling, it is paramount that the questioning, writing and broadcasting of Australian media highlights this hypocrisy, lest the public once again places poorly-informed trust in a government to declare and wage unjust wars that threaten our most elemental interests: the lives of ourselves, our families and our friends abroad.

Timothy Ginty is a freelance journalist based in Sydney. You can read more from Tim on his blog, Lives and Times: Writing on the World Around Us or follow him on Twitter @TimGinty. 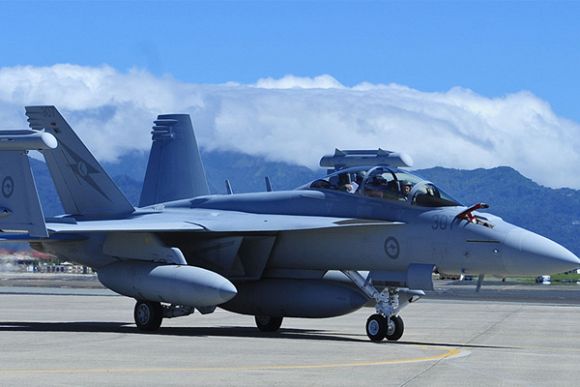 Our government's military spending and waste of money are under scrutiny at a time when our bushfire crisis requires financial resources.

Australia urged to call out human rights horror in the Philippines

24 March 2020, 11:00am Australia must demonstrate its commitment to human rights in the Philippines, where ...