THERE MUST BE an election in the air. And it must be in the Sunshine State. Queensland LNP Senator and former Federal Resources Minister Matt Canavan is on the warpath against renewables again, this time with his focus on solar. And he’s getting his facts terribly wrong.

The state of Queensland does, indeed, go to the polls at the end of next month, so it’s no coincidence that Canavan should be taking aim at solar “dole bludgers” and is banging the drum in favour of a new coal-fired generator in the north of the state.

A series of social media posts this week by the self-described “Mr Coal” reveals a loose grip on facts. On Facebook, he reposted an “important” video claiming that the Clermont Solar Farm had not been connected to the grid. 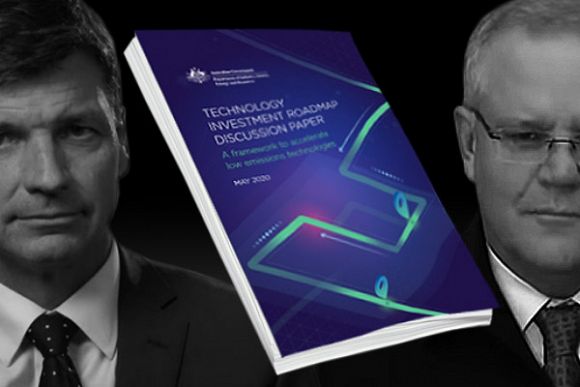 A government department strategy on low emissions energy production will cause harm to both the environment and economy.

‘Renewable energy are the dole bludgers of our power system, they only turn up to work when they want to.’

Actually, solar turns up when the sun shines as designed and Clermont was actually connected to the grid in July last year. According to Green Energy Markets, it has produced more than 142,734MWh in the last 12 months, about the average annual consumption of 26,000 Queensland households. And according to the state generators and the market operator, it has helped bring the state’s power prices down.

Why did Canavan think Clermont was not connected? Case of mistaken identity perhaps? Hardly. The only other two solar farms within 50 kilometres of Clermont are the Emerald and Lilyvale solar farms and they are both connected and working fine, too.

In a separate post, Canavan was also singing the praise of the refurbished Isogo coal-fired power plant in Yokohama, Japan, which he was lucky enough to visit in March 2017.

He was one of a number of Coalition ministers and MPs taken to Isogo that year — including then Energy Minister Josh Frydenberg and backbenchers Tim Wilson and George Christensen.

In fact, several dozen parliamentarians – mostly Coalition – appear to have been taken to Isogo in recent years, with some visits kindly arranged by the Minerals Council of Australia, the coal lobby whose former CEO and deputy CEO are now advisors to the coal-waving Prime Minister Scott Morrison.

Anyway, according to Canavan, Isogo burns “high quality” Australian coal and he made two claims about it that bear further investigation. 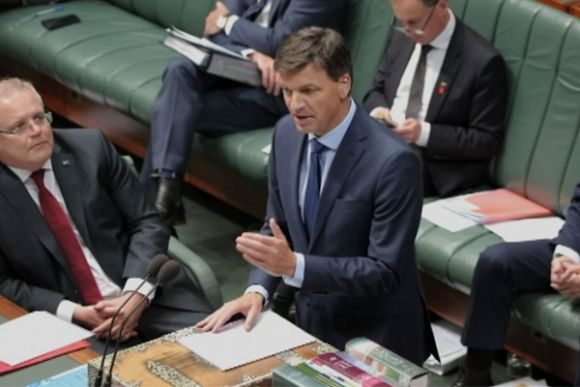 After proclaiming that 50% renewable energy would wreck the economy, now the Coalition is relying on reaching this target by 2030.

The first was that it produced in one year more than all the solar in Australia. Nice line, but not true.

If the 1,200MW Isogo coal plant ran at full capacity for 24 hours a day and every day of the year – and no coal plant does that; many don’t even come close – then it would produce around 10,000 gigawatt hours. But all the solar installed at the end of 2019 in Australia produced more than 17,000 gigawatt hours and another four gigawatts will be added by the end of 2020.

And then there was emissions.

The Isogo plant generates about 800 grams of carbon dioxide emissions per kilowatt hour of electricity. That is about 17% lower carbon emissions than the 1960s era plants it replaced.

The plant is so clean you can’t believe it is not renewable. How good would it be to have one of these in our backyard using Australian coal!

How good? Well, actually not that good. A 17% reduction in emissions over 50 years doesn’t sound like a major achievement. Australia has cut around that much from its electricity emissions just in the past decade by replacing crappy old coal generators with wind and solar.

And the Australian Energy market operator says that if wind and solar continue to replace Australia’s ageing coal fleet, then the emissions intensity will be reduced by 95% over the next 20 years. How good would that be? 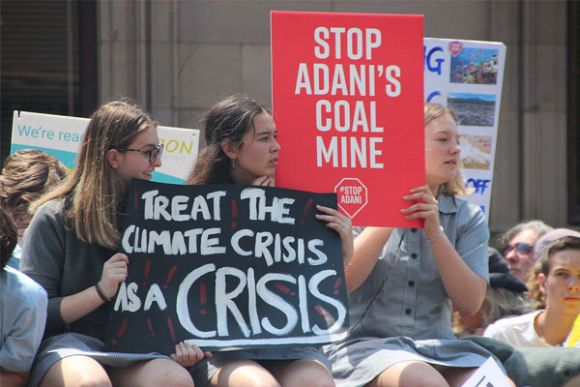 Every answer has a cost. Every choice exacts a penalty. A new book reminds us there are no easy answers to the climate crisis.

You see, if you compare Isogo’s emissions intensity to the average emissions intensity of Australia’s main grid, it is no better. And that means it is actually quite possible to believe that a coal-fired generator is not renewable. You don’t even have to shut your eyes.

But there’s not much Canavan doesn’t like about coal.

In an earlier post, he took a photo from a plane and gushed:

‘Great to be back in Queensland with a beautiful view of the Gladstone coal-fired power station. Coal keeps the lights on!’

(Gladstone is Queensland’s dirtiest generator with an emissions intensity of 950 grams of Co2-e).

There’s no doubt that beauty does lie in the eye of the beholder. But not facts. Remember, this is a former cabinet minister responsible for resources and northern Australia and yet he can’t get his basic facts straight about an energy source (solar) which is a major competitive advantage for northern Australia.

But it might explain his attachment to the idea of a big coal generator in north Queensland. Beautiful one day, polluting the next.