TWO STATISTICS present a contradictory picture of Australian society. The first is that 86% of Australians agree with the statement that ‘nobody deserves to live in poverty’. The second is that 13.6% of the Australian population lives in poverty (3.2 million people) — including 17.7% of children under the age of 15 (774,000 children).

The statistic of 13.6% living in poverty is for 2017-18 — the latest year of available data. It would be higher now, given there are more unemployed people relying on JobSeeker and the JobSeeker payment remains below the poverty line, following a temporary rise out of poverty from April to September 2020.

JobSeeker recipients are this week receiving their first payments that are once again below the poverty line. Ironically, this week in Australia is Anti-Poverty Week (11-17 October), coinciding with the International Day for the Eradication of Poverty on 17 October. 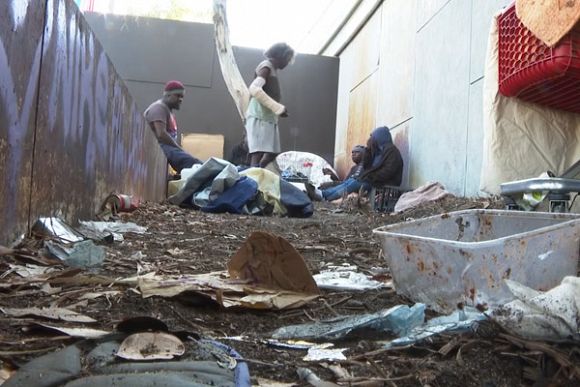 Working at the coalface with the poorest, Megan Krakouer argues the importance of a minimum living wage for everyone.

In recent years, there have been sporadic attempts to eradicate poverty in Australia, from then Prime Minister Bob Hawke to the Rudd-Gillard Governments and the 2005 Make Poverty History global campaign in between.

Despite these efforts, at least 13.6% of Australians continue to live in a circumstance that 86% of people think is undeserving. The comprehensive consensus is worth noting. In an open democracy such as Australia, it is rare to see agreement on an issue as high as 86%.

In Australia in 2020, the poverty line for a single adult is $457 per week ($23,764 per year). The group at greatest risk of poverty is the unemployed. Other groups at risk include underemployed workers and working-age adults who mostly rely on parenting and disability payments. Subsequently, dependent children of these groups are also at risk. For example, 44% of children in sole parent families live in poverty.

Many people who live in poverty skip meals, forego meat and fresh produce, avoid social situations because a restaurant meal or a cafe coffee is unaffordable and do not use heating in winter and cooling in summer. It can severely damage physical and mental health.

In contrast, the temporary rise in JobSeeker was called “life-altering”. For example, 88% of single mother recipients said it reduced stress because they could now pay their bills. The 550 Reasons to Smile campaign highlights the positive results for people who received the increase. 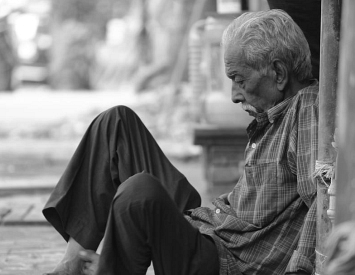 Coronavirus demonstrates that global poverty hurts all of us

Inequality and poverty make the coronavirus more difficult to manage, which should make us rethink the world's social and economic order, writes Tomo McKinnon.

There is a straightforward two-step solution to eradicate poverty in Australia. First, provide an adequate supply of employment. Second, provide a Basic Income above the poverty line to anyone who needs it. The first step is easier said than done. The second step is simply easy to do.

For too long and by too many, unemployment has been deemed the failure of the individual. This is despite the fact a certain level of unemployment is in the interest of business, to ensure a job vacancy is contested by a range of candidates. In this world of supply and demand, those supplying the jobs hold the power — at the expense of the unemployed in demand.

The current economic recession has renewed calls for full employment, which was government policy in Australia from 1946 to 1975 under successive Labor and Liberal Governments. It would not be easy to achieve, particularly as a job should match the skill set of the job seeker to ensure it is long-lasting. However, providing secure and well-paid employment to as many people as possible would reduce the number of people living in poverty.

A Basic Income above the poverty line would be the safety net for when the first step of providing sufficient employment either fails or is not possible. It is effectively what a Senate inquiry recommended in April 2020.

The Basic Income would ensure that no one in Australia lives in poverty. As such, it would be provided not just to job seekers but to anyone without an income, such as those doing unpaid work (such as care work), those unable to work (due to a disability or illness) and students.

For the underemployed, if their wages are lower than the Basic Income, they would be topped up to ensure their total income is above the poverty line. Recipients with dependents would be given additional parenting payments to ensure they and their children stay out of poverty. 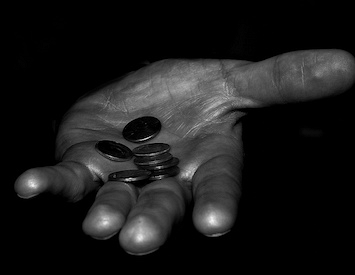 A universal basic income: Basically, its better for everyone

A universal basic income could combat the inequality driven by governments when it comes to welfare support, writes Dr John Tomlinson.

The moral argument against the Basic Income is that “dole bludgers” do not deserve money for “sitting on the couch”.

As Prime Minister Scott Morrison claims: “The best form of welfare is a job.” This stigma has a long history.

There are several issues with this way of thinking. First, it ignores the fact there are never enough jobs for the number of job seekers. Second, it disregards evidence that unemployed people want to work. Third, it dismisses the principle behind unemployment payments — that job seekers should be financially supported until they find a job. Fourth, it rejects the notion that the payment provides a basic level of livelihood.

It is this fourth point that can be countered by framing the Basic Income in the context of poverty, given 86% believe ‘nobody deserves to live in poverty’. Even when asked specifically about welfare recipients, 70% disagree that ‘those who rely on government support deserve to live in poverty’ and only 11% agree.

The main economic argument against the Basic Income has also been made by Prime Minister Morrison, who said he does not want JobSeeker to be an “impediment” to people seeking work. However, this seems unlikely for a Basic Income above the poverty line, given the poverty line of $457 per week is only two-thirds (67%) of a full-time week on minimum wage after tax ($683).

In addition, there are two options to widen the gap between the minimum wage and the Basic Income. First, increase the minimum wage. Second, raise the income tax-free threshold higher than the current $18,200, which means underemployed workers earning wages below the poverty line of $23,764 per year have to pay tax. That is cruel.

The cost is increased if the Basic Income is extended to anyone without an income. The cost is decreased if more secure and well-paid jobs are created. Whatever the overall cost, it is an acceptable amount of spending for a rich nation like Australia if it means eradicating poverty.

Further, Australia’s leading economists assess that permanently raising unemployment payments would be one of the most effective methods to boost the economy. This is primarily because money given to people living in poverty is more likely to be spent on everyday items, rather than saved.

Put simply, there is a way to make poverty history in Australia. We just need the will.

Adrian McMahon is a former Federal and State Government public servant, working as a policy adviser and an analyst.