Ginnie Becker reviews the “thrilling” U.S. election, and the aftermath, from the vantage point of an Australia expatriate living in America.

TUESDAY'S United States Federal ballot was my first time to vote in a U.S. federal election.

About one hundred and fifty constituents were lined up at 6am when the poll opened in my neighbourhood, wearing expressions of quietly tense, grim determination.

It was a surprisingly thrilling experience, despite its relative simplicity, and I found myself grinning for most of the morning at work ― proudly wearing my “I voted” sticker like a five year old, gleeful that I could finally have a legitimate say after residing Stateside for eleven years. This, regardless of the fact that in a red – read, fire engine red – State, my vote for the blue president was swallowed whole by the conservative Republican majority, and mattered little.

Seeing my vote on the television screen, amongst the nearly fifty million others in the popular vote count gave me a feeling of ownership and engagement in my adopted country I had not felt since the day I became a US citizen. And, I will admit, I found myself cackling with delight watching as Todd Akin – who gained infamy for saying women’s bodies would “shut things down” to prevent pregnancy in the case of rape – was soundly defeated by Democrat Clare McCaskill (aided by my one trusty vote), leaving him without his former lower House seat and, therefore, his position on the House Science Committee. The defeat of a proposal to increase taxes on cigarettes in our state (to a total of around $1.20 per pack), however, left me flummoxed ― why on earth would more than half the population not want to discourage smoking?

Reactions to the re-election of President Barack Obama, from an informal poll of the Australia and New Zealand expat community here in the U.S.,  have been undeniably mixed ― as with any population, you get a range of views about the “right thing to do” and this election was no exception. Most (in my unscientific poll) expressed concern over fiscal issues ― regardless of who has the balance of power or who they favoured. Many expressed relief and quiet joy, while others expressed dismay and fear about what the next four years would bring. Still others expressed a complete disinterest in the entire “charlie-foxtrot”, glad that, as a greencard holder ― they were not eligible to vote anyway.

In summary, about Obama’s re-election in 2012 ― there isn’t the sense of jubilant celebration there was in 2008.There is still the uphill battle to enact necessary change, with a Republican dominated lower house and a Democrat dominated upper house ― but the feeling among many expats is optimistic that perhaps there may finally be some concessions toward the middle and some compromise possible. With some of the hardline extremists lost seats, and the GOP now recognised as anti-science, anti-women and anti-immigrant stances are no longer viable.

It has taken me a while to come to grips with American politics ― most likely because I was seeing it through an Australian lens. There is an assumption that, because Australia and the United States are both English-speaking developed nations, they are also culturally and politically identical, or at least similar.

In fact, they are not. The centre of the political divide in the United States is far – far – to the right of where the centre lies in Australia.

This assumption leaves many in the expat community scratching their heads in bewilderment at the lack of universal healthcare (and the fight against it, being based on it being a privilege, not a right), and the importance placed on religious belief in politics and public discourse that (until recently) did not really exist in Australia.

It’s also behind my inability to comprehend anyone not agreeing to a hike in tobacco product prices.

However, the sense of history, and its importance to the way the constitutionally based political system is set up here, is such a part of the everyday mainstream American culture – and so very different to the Australian system – that questioning of the political system and its setup is tantamount to questioning America’s history and culture itself.

So, in short, questioning the system is simply not done here.

Part of being American is having respect for and adherence to The Constitution and the ideals of the Founding Fathers. This culture colours political stances ― particularly on the conservative side.

It underpins the ideals of state, rather than federal, control over many spheres ― hence the abhorrence towards federally controlled universal healthcare among Republicans, and their opposition towards any tax by some of the more extreme  right voters ― even if it means paying out more in tobacco-related healthcare. 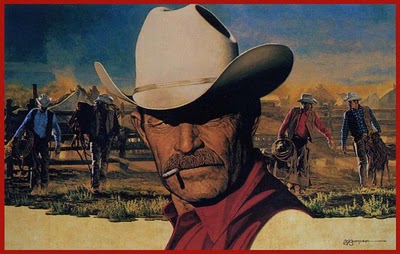 Rugged individualism is revered on the right. We see the icon of the “self-made man” playing over and over in the collective unconscious ― completely alone and crossing mountain passes like the Marlboro Man, on a muscly steed, dependent on nobody. Expats, who have adopted this sense of history and culture as their own, seem to lean more toward the conservative end of the spectrum politically ― perhaps a part of adaptation to immersion in the new culture.

So now we wait ― for the silent fuming of the Republicans and the gleeful triumph and shiny grins of the Democrats to abate.

We wait ― for the test of whether bipartisan cooperation is really possible, with both sides retaining honour, and the country being able to move forward out its quagmire.  For the next four years … what will it bring?

We, of the Australian diaspora in the United States, all 65,200 of us, hope for good things.

Remembering 9/11 and daring to dream

11 September 2011, 12:01am Australian expat Virginia Becker had been living in the US for just eight ...
Join the conversation
comments powered by Disqus
News updates