WHAT DOES IT SAY about the state of our democracy when people walk the streets bearing nooses and gallows and voices dripping venom as they threaten to kill people with whom they disagree?

When they are happy to overlook such threatening and, let’s not dance around it, clearly unhinged behaviour, what does it indicate about our Prime Minister and his Government?

And what, then, does this reveal about the politicians who overlook, condone, even actively encourage such conduct?

In recent months, Far-Right protesters have taken to Melbourne’s streets with such moron-otonous regularity that, though surreal, they now resemble humdrum weekly get-togethers between society’s scariest and most disturbed. It would not seem out of place if invitations to these soirées simply read: Same place, same time next week. BYO outrage. Most violent props win a prize.

The Lord is going to “take out” Daniel Andrews? https://t.co/Sb7eOiVCNl

Just like the Capitol insurgence in the U.S., incited and nurtured by Donald Trump, these protests have been fuelled and emboldened by our own Right-wing politicians.

Chief dog-whistlers cheerleading the fray have included members of the Victorian Liberal Opposition, now once again led by Matthew Guy, but seeded during Michael Obrien’s reign.

Among these, the most vocal has been Tim "I'm an idiot" Smith. Smith refused to resign from Parliament after crashing his car into a family home and narrowly missing a child's bedroom — while driving under the influence at two and a half times the legal limit.

At his idiotic dog-whistling best, Smith coined the term “Dictator Dan” in reference to Victorian Premier Daniel Andrews. Other career highlights include his constant egging on of anti-vaxxers and those refusing to follow health directives such as lockdowns and mask-wearing, and generally encouraging rabid hatred of the Premier at every turn.

David Davis - who is seeking to become the state member for the electorate of Kew - addressing the shameful rally in Melbourne, including people who wish to harm current mps that he works alongside.
Where is @MatthewGuyMP - Davis’ leader? https://t.co/T6H58ZlpOl

Then there are the Victorian Liberal MPs who are happy to be seen mixing with and even addressing their mates in the crowd threatening Victoria's Chief Health Officer Professor Brett Sutton and COVID-19 Commander Jeroen Weimar and calling for their heads, among others. One of these is Liberal Member for Southern Metropolitan Region David Davis.

Davis finally managed to find a group willing to listen to his rants among the anti-vaxxing, serial protesting throng as they openly campaigned for the violent murder of elected officials, all under his approving eye. His party must be proud.

Then there’s our charming and ever-helpful Fourth Estate, always ready and willing to excoriate Victoria’s Pandemic Bill – which is supposedly the root of the protester grievances in that state – while lauding practically the same Bill, only supercharged with additional powers, in New South Wales.

Obviously, the Victorian Government is full of fascists/communists led by "dictating" Premier Dan Andrews and justifiably must die! But the New South Wales Government? Well, according to this group of Mensa minds, Premier Dominic Perrottet is doing god’s work, getting on with the tough task of controlling the virus and making the world a better place for us all. 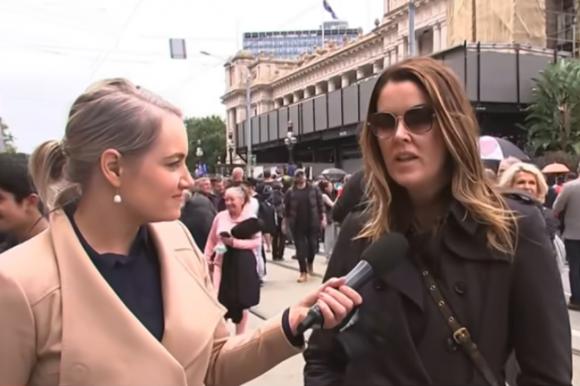 Right-wing political commentators are being awarded for journalism, highlighting the growing need for integrity in real news reporting.

The loudest and most aggressively supportive of this group within the media also get rewarded for their seditious efforts, as evinced by Sky After Dark’s Peta Credlin’s latest award — wait for it ... the Kennedy Award for Outstanding Long Form Current Affairs Reporting. When not performing outstanding long-form reporting – and sometimes during this "reporting" – Credlin likes to hang with the aforementioned Far-Right nut-jobs.

It is tempting to be dismissive or sarcastic about presenting an award to Tony Abbott’s former chief staff who has graduated to aiding and abetting whacko protesters but for the fact that incredulity aside, this award manages to further normalise such extreme views as just opinions, somehow within the spectrum of acceptability. IA's Dr Victoria Fielding explained this in an excellent article on Monday.

For his part, Prime Minister Scott Morrison’s silence is extremely telling. The man who labelled the non-violent Black Lives Matter protests as “completely unacceptable” and called for participants to be charged is apparently okay with murderous threats, Nazi propaganda, terrifying and threatening props and general menace on a weekly basis.

Crazy and frightening Far-Right protests in Australia are not new, of course. Neither are threats against prominent individuals. 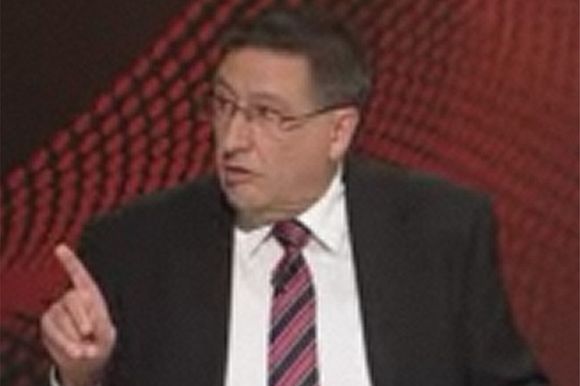 The Murdoch press shrugged its shoulders and failed to condemn death threats against Victorian Premier Dan Andrews by protesters over the weekend.

Former PM Julia Gillard was frequently targeted by Far-Right commentators such as radio shock Alan Jones calling for Gillard to be tied in a chaff bag and dumped at sea, buoyed along by the likes of Tony Abbott and assorted MPs standing in front of sign-posted threats to "Ditch the Witch".

These deranged protests are just the latest consequence of a long line of dog-whistling by Right-wing politicians and their media mates.

However, politicians and establishment media cannot keep on vilifying people, fuelling hatred and condoning threatening behaviour and then be surprised when – like the Australian Christchurch mosque shooter – one of these disturbed people takes it upon themselves to follow through with their threats.

Liberal "freedom rally" sympathisers and their establishment media buddies should beware: dog-whistling is a dangerous practice and dogs have been known to turn on their cruel masters.

Watch this. Dan Andrews calling out the QAnon and other extremists outside parliament and inside Matthew Guy's opposition.