Labor's backflip on negative gearing policy a benefit to the wealthy

With Labor’s reversal of policy regarding negative gearing, it has aligned itself with the ranks of the most powerful property rights lobby group in Australia and with the religious ideas of John Howard and Scott Morrison.

Australia’s foremost lobby group which represents property developers and investors across the country is the Property Council of Australia (PCA). Initially, it was known as the Building Owners and Managers’ Association of Australia (BOMA), forming as a lobby group way back in 1966. It assumed its current name in 1996, the year John Howard took office as Prime Minister.

The concept of negative gearing has been around in some form for a long time. Bob Hawke abolished it in 1985, though re-introduced it in 1987 for the stated reasons of increasing the supply of housing while keeping rents down. But rather than this outcome, it turned out negative gearing only encouraged many to undertake a speculative buy-up of the housing market. Despite Hawke’s claims, all this ended up doing was to reduce housing affordability and increase the wealth of the largest speculators by creating a tax loophole.

In 1999, the Howard Government exacerbated the situation by removing any limitations on negative gearing and by changing the capital gains regime to offer a 50 per cent discount. This opened the gate to investors to run investment properties at a loss, claiming that loss off their taxable income, then selling the property for a profit. In 2011, it was estimated that this tax loophole had cost the Government around $5 billion a year in foregone income tax revenue — in 2015, it was estimated to be about $11.7 billion. Who knows what it is now? 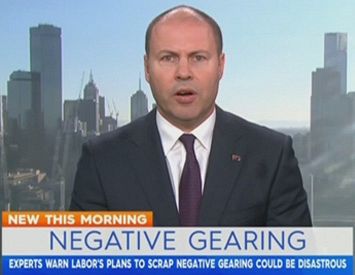 Despite the spin that came from the Howard Government, it was clear the main beneficiaries are not “mums and dads”, but the biggest land investors and agents and those who pocket the cash from the inflated property prices. The more property you own, the more you can write off and the better you are. With the emphasis on existing property investment, builders of new estates were also able to benefit from the high land prices. All good in Howard’s individualist world of “survival of the fittest” and the sanctity of private property.

Conservative notions of private property and freedom from government interference is not new in this country. Similar concepts go as far back as the 1830s when licenses to “depasture” were being issued by the Crown to squatters outside the official colony boundaries. Even though these were Crown leases, these mostly city-based land speculators began a campaign to assert their property rights.

These squatters clung to the ideas of “individualism”, best expressed by the Christian writer, James Elishama Smith, who viewed the sanctity of individuals and their right to amass property to fulfil one’s happiness. This was often expressed in colonial times as the right to have sovereign ownership over lands on which you toiled. Such quasi-religious notions also fuelled the squatter’s mindset to maintain a war against the original owners of the country, fuelling the horrific massacres of the late 1830s-50s throughout the colony.

These ideas became the bedrock of modern conservative concepts of property, which Howard embodied fully, as he did in his reluctance to acknowledge the rights of Indigenous people to land.

But in order to maintain the illusion that negative gearing is of benefit to the country, the PCA conducts lobbying on a scale second to none. Its budgets in 2015 were reported as including $6.4 million for advocacy, $1 million for communications and $7.2 million for “networking”. It commissioned a major television campaign, ‘Don't Play With Property’, ahead of the 2016 Federal Election, seeking to prevent any possible watering down of the negative gearing/capital gains tax regime from a Labor government.

The PCA has campaigned on a range of property rights issues, including opposing land tax increases, reducing stamp duty, opposing minimum apartment standards, rorting strata title, supporting foreign property purchasers and lastly, opposing land-clearing restrictions. The latter was a welcome policy approach for the big agricultural exporters and property developers who have largely achieved their goals of removing restrictions to private land management, now through a cloak of “self-assessment” in New South Wales, for example. 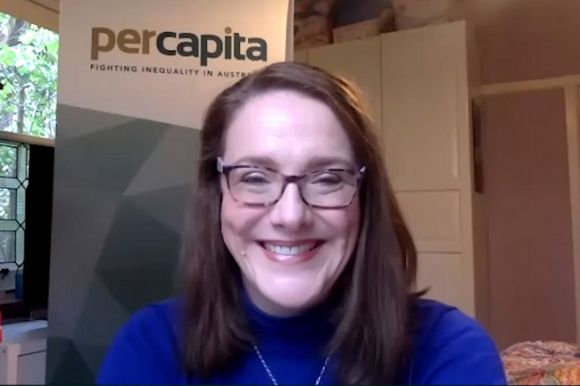 IA columnist Emma Dawson discusses why she will not be running for Labor preselection, despite her belief that if elected, the party will achieve genuine reform.

The major funders of the PCA appear to be the corporate leader membership group. They represent the biggest ‘property owners and development companies with assets exceeding $3 billion’. According to the PCA website, ‘they play a central role influencing the sector and helping set the Property Council’s advocacy priorities’ and include such players as LendLease, Mirvac and Stockland. There are many other contributors who comprise the membership of the PCA.

The property sector has a lot of influence on our political system and is one of the biggest political donors to political parties. Between 1998 and 2020, it has given over $103 million in donations and “other receipts” to all parties, $43 million to Labor and nearly $60 million to the various LNP entities. Most of the heavy lifting on this front is done by the various corporations, with the PCA itself donating a modest sum of $290,000 to the LNP since 1998. The foreign-owned Lendlease has donated twice this amount.

What few today know is that our Prime Minister, Scott Morrison, was the organisation's national policy and research manager from 1989 to 1995, perhaps his first real job. This was a crucial period in the lobbying effort by the property/development sector while Labor was in power, also while Howard was the shadow Treasurer. It is likely that Morrison was being groomed as Howard’s property rights prodigy; it certainly seems they share similar religious views on the sanctity of the few to prosper.

Morrison used this issue to provide some of his first spin-doctored messages to the public as a minister. Despite the fact that analysis by many, such as the Grattan Institute, consistently found that negative gearing in Australia provides a greater benefit to wealthier Australians than the less wealthy, Morrison as Treasurer, in defence of negative gearing, cited tax data showing that numerous middle-income groups (such as teachers, nurses and electricians) benefit in larger numbers from negative gearing. Yes, many middle-income people have made property investments, but who makes the most money?

And so, we come to the present with Labor’s backdown on reversing this considerable inequity, a block to homeownership for many and a mechanism by which the big players amass more wealth.

Just as Governor Gipps left the colony broken by the will of the wealthy landed elites, has Labor joined the ranks of the same elites who seek to trample on a fairer society in which the dream of homeownership is still available to the majority? Or is the allure of all that cash into party coffers and claims of political expediency too great? Let us hope their opposition to negative gearing hasn’t been shelved for good.