The Ashbygate Trust was at the Federal Court in Sydney yesterday, hoping to catch sight of the elusive Karen Doane, who alleges Peter Slipper's breached her "human rights". Here's what happened.

NO SIGN OF KAREN DOANE, apart from her spectral appearance in the Federal Court in front of Judge Manousaridis yesterday, April 1.

The Trust has previously attended, with no great hopes, former Slipper media adviser Doane’s last known Sunshine Beach address and her mortgaged house in Cairns. One was a nice family, the other a drinking pig-shooter’s cave.

It was again, then, with no great hopes that we attended Level 6, 88 Castlereagh Street to attend the first hearing of Ms Doane’s allegations of Human Rights discrimination against Slipper and the Commonwealth.

Alas, of course, no Karen. Worse, not even a substantive case.

The rostered-on Trust member sat up the back with blogger and Ashbygate fan Joan Evatt; her comprehensive and accurate account of proceedings can be read at boeufblogginon.com.

The upshot is there are yet no specific allegations to back up Doane’s allegations of discrimination. It’s hard to believe Harmer's ever intended to provide these. Again, the media picked up Harmer’ initial allegations and ran them without comment.

It’s a fast world in the media caper.

Trust volunteers have a range of skills including, among others, insurance investigations and they tell us insurance companies are the reason we wear seat belts in cars and can’t smoke in aeroplane toilets.

They do, in fact, rule the world.

The thing insurance companies hate most is putting their hands in their pockets, so when Ms Marks of Harmers, acting for Doane, dropped the "i" word and told the judge the insurer – unnamed, but presumably Commcare – had denied liability, the stakes went up several notches.

That means the insurer intends to fight. It wants proof.

In the normal world, this would require the Claimant to provide – via his or her legal advisor – a comprehensive statement detailing out each alleged event from the claimant’s POV and nominating witnesses where possible. Nothing of the like has been submitted to the court.

His Honour gave Doane’s team four weeks to come up with the specifics. At that time, the insurance investigators will (or should?) go to work.

Slipper, too, has gone to ground.

Ms Marks rued her operatives had been unable to locate the former Speaker to serve documents. Probably hiding under the bed with the lights out — and who can blame him? 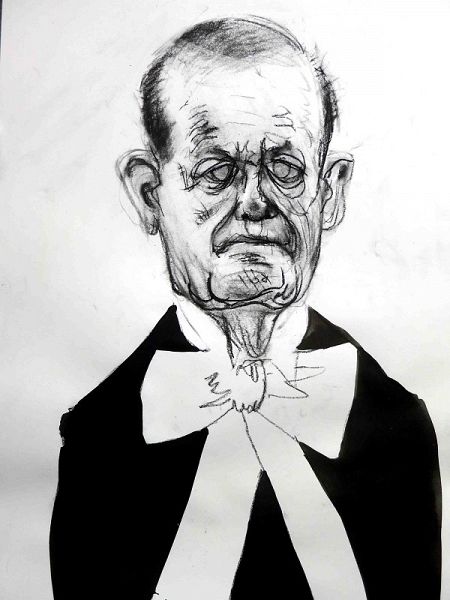