Boris Johnson presided over a culture of toxic masculinity, in part because of his own hypermasculine style of leadership, argues Sian Norris.

THE FINAL straw for Conservative MPs who had backed British Prime Minister Boris Johnson through the Paterson scandal, lost by-elections and "partygate" – let alone Brexit law-breaking and allegations that he said “let the bodies pile high” as people died from COVID-19 – came when ministers were made to go out and say he was unaware of specific allegations against Chris Pincher. The former deputy chief whip is accused of multiple instances of sexual assaults, including most recently groping two men at the Carlton Club.

Pincher blamed alcohol and denied other allegations that have since come out.

It soon became apparent that the claim Johnson was unaware of Pincher’s history was simply not true. Two days before his resignation, it emerged that he knew a misconduct complaint had been upheld against Pincher when he first promoted him to the whip’s office. Even Johnson's wife, Carrie Johnson, who at the time was a staffer in Conservative HQ, had questioned whether Pincher was suitable for the job.

Since then, the focus has been on the drama of Cabinet and Ministerial resignations and promotions, a whirlwind of gossip and backstabbings and sackings that ultimately led to the lectern being wheeled out and Johnson declaring “them’s the breaks”.

Two things matter here that are at risk of getting lost in the speculation of what just happened and what happens next. 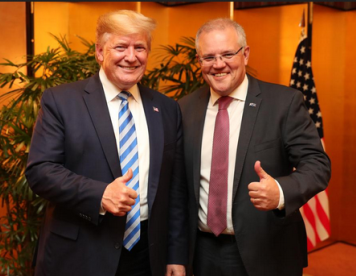 It’s tempting to compare of Donald Trump, Boris Johnson and Scott Morrison as the Three Stooges, but such thinking is a mistake, says Dr Martin Hirst.

A culture of abuse

The first is that behind all of this are victims of sexual assault and harassment. They are not pawns in a political game or gossip fodder for Westminster sketch columns.

No one watching the Channel 4 News interview with Daniel Cook, the deputy mayor of Tamworth who alleges he was assaulted by Pincher in 2005, can ignore the impact sexual assault has on the victim and survivor, even years after the event. Pincher denies the allegation.

The claims about whether Johnson did or did not know about Pincher’s behaviour, and whether he was right not to remove the whip as soon as the most recent allegations emerged, should not and must not cloud the fact that men have experienced assault.

At the same time, we cannot and must not forget that the Prime Minister not only knew about the allegations, he promoted the accused, allegedly joked about and minimised the incidents, and as recently as the day before his resignation tried to blame alcohol for fuelling sexual misconduct.

It’s shocking. But it’s not surprising. Because the second thing we must remember is how toxic masculinity and a proliferation of sexually inappropriate behaviour have become the damaging norm at Westminster under Boris Johnson.

It’s a fact that bears repeating that, even before the Pincher row, 56 MPs were facing sexual harassment investigations, including three Cabinet Ministers. That’s more than ten per cent of male MPs.

A further MP faces a rape allegation, while Johnson allies were suspended for trying to influence judges in the Charlie Elphicke case. The former MP was jailed for sexual assault.

Try to imagine if more than ten per cent of your male colleagues were accused of serious sexually inappropriate behaviour, including rape. It would not be normal, would it? And yet, in Westminster – the place where men and women go to work to decide on how the rest of us should conduct ourselves – male entitlement rules the roost.

Sexual harassment and assault are about power. It’s sadly no surprise that it is flourishing in a setting where men feel unaccountable, where there exist strict hierarchies that normalise inequality and where the boss has not only joked about sexual assault, but knowingly promoted a man with a history of inappropriate behaviour so he could enjoy and exert even more power.

This has manifested in a culture of normalised sexual misconduct. And make no mistake, if 56 of your colleagues are under investigation, sexual harassment has become normalised. When this happens, a culture of entitlement is created, not just around sex but around how you view the world and what the world owes you. 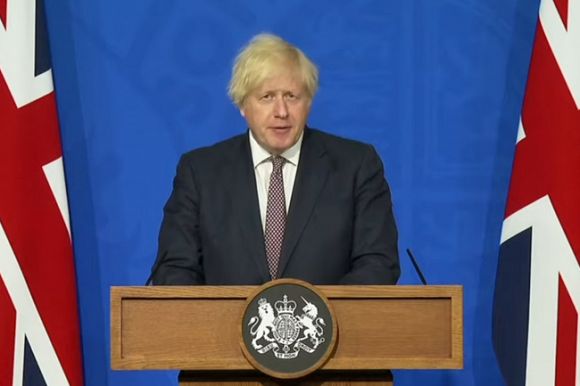 The refusal by Boris Johnson to take urgent COVID-19 action shows he has learned nothing from a damning report on the mishandling of the pandemic.

It would be wholly wrong to suggest that Johnson is responsible for the actions of his colleagues. The only person responsible for committing sexual harassment and assault is the perpetrator, who fully holds the blame for his actions. To suggest otherwise is to do a disservice to victims, let alone anything else.

But in terms of the male entitlement that fuels sexual harassment, there is a hypermasculinity associated with Johnson and his style of leadership that creates fertile territory for men eager to assert their power in toxic ways.

That hypermasculinity comes through the affairs and marriages, the apparent boasts that he hasn’t “had to have a wank for 20 years” as well as the string of sexist and objectifying comments he has made about women.

It’s worth remembering too, that Johnson himself has been accused of groping a colleague, allegations he denied. He certainly joked that men could “pat” a woman boss “on the bottom and send her on her way”, normalising sexual harassment as just something men do to keep women in their place.

In terms of leadership style, it is apparent in his carelessness about the rules we all have to abide by, and a disregard for the "good chaps" conventions that have long governed Parliament.

This combination of hypermasculinity and a belief that normal rules do not apply to powerful men creates a very specific style of politics. Even unintentionally, it sends a message from the top that certain kinds of behaviours are okay, and certain kinds of men are entitled to get what they want when they want it.

With Johnson set to go, it’s hard to believe that this culture will go with him. The implications of a normalised culture of sexual misconduct in Westminster, particularly on women’s access to politics and women's wider access to justice, should worry us all.

Sian Norris is Byline Times’ Chief Social and European Affairs Reporter. This article was originally published by Byline Times on 7 July 2022 under the title, 'This is How the World King Ends: Not With a Bang but a Pincher', and is republished with permission.