Via its Jobs and Skills Summit, Labor looks set to ignore voters on its way back to all-time immigration highs, writes Stephen Saunders.

Four turbulent years after the 2007 Election, the Rudd-Gillard Government undertook a fake consultation for a population strategy that always took mass migration as read.

The Albanese Government looks to be getting this job done at the outset. In the skills/migration department of a two-day Summit agenda.

Firstly, its Issues Paper excludes any direct or quantifiable questions about sustainable levels of immigration (or population growth).

As Gillard did, Albanese serves up motherhood, around the ‘opportunities and challenges’ for immigration to ‘complement’ the ‘domestic workforce’. He avoids Treasury’s crucial net overseas migration targets. Instead, he “looks over there” at “skilled” migration.

What of workers’ friend, Sally McManus at the Australian Council of Trade Unions (ACTU)? She lines up with Business Council for the 200,000 permanent migration intake the Government has put about. This would smash Gillard’s all-time record. 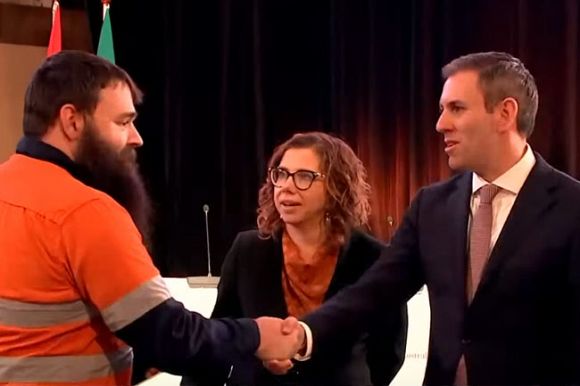 The Jobs and Skills Summit will give the opportunity to confront the failures of neoliberalism.

In a sense, the guest list mimics the House of Representatives. Among 151 members there, would there be anyone in any party to publicly disavow Treasury mass-migration gospel?

Is this a democratic problem? Not if you’re on the right side of the immigration cheer squad. Which, as I like to say, takes in the entire Australian circle of power but scoffs at spoilers like the weary electorate or the depleted environment.

So how does another big immigration surge square with our remarkable unemployment achievement? It doesn’t.

Much as it may be denied, it was mostly this reversal that produced the unplanned and unexpected 50-year unemployment low. Can’t have that sort of thing happening — we’ll smother it with more mass migration.

And then, how does a big immigration surge square with the hapless voters? It doesn’t. Post-COVID polls show voters wanting the opposite – low or even zero net migration – here and here and here.

If Reps and the teeming cheer squad adore big population growth, are there any pertinent organisations to pick up on humble voter concerns? To my mind, there are four notables. Each is different and worth a look.

MacroBusiness disses the Summit’s contempt for voters, while SPA has made a short submission to the Summit.

For ‘more Australians to get ahead’, SPA urges low net migration to stabilise the total population below 30 million. As it happens, manic Rudd still argues for 50 million. 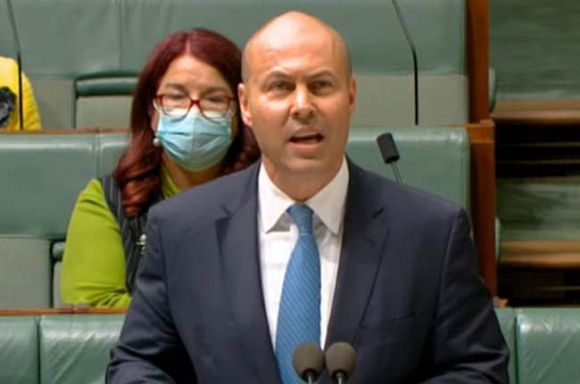 The Coalition's plan to increase net migration ignores the already present danger of the climate crisis.

To which I add: Backing new fossil fuel projects; land clearing aggressively; planning a probable 40 per cent population hike; and at once falsifying any Labor legislation for “net zero’ emissions by 2050. Think about it, Teals.

SPA invites the summiteers to consider its list of points. Notably, ‘most Australian citizens’ (including, importantly, most settled migrants) don’t want population growth.

Net immigration shouldn’t exceed 60,000 to 80,000 a year, with a similar taper for permanent visas. At that rate and with local birth rates low, our total population might gradually stabilise over some years.

For SPA and others, high immigration is visibly no solution to the “skills shortages” touted over the past 15 years by the business lobby.

Me, in the 1980s, I was the employment official in charge of occupational demand schedules for skilled migration. So, I do love the endless silliness of today’s Home Affairs skilled occupation lists.

But seriously, I also back the SPA line on skilled migration. As SPA emphasises, the permanent migration quota is ‘irrelevant’ here. Dare I say, highly misleading?

Most of the purported migration “outcomes” are already onshore and merely doing a visa upgrade. Plus, over recent years, only a smallish proportion of them are principal applicants in the so-called Skilled Stream — and they don’t even need to have scarce skills. The remaining “outcomes” are nearly all Family Stream, or Skilled dependents. 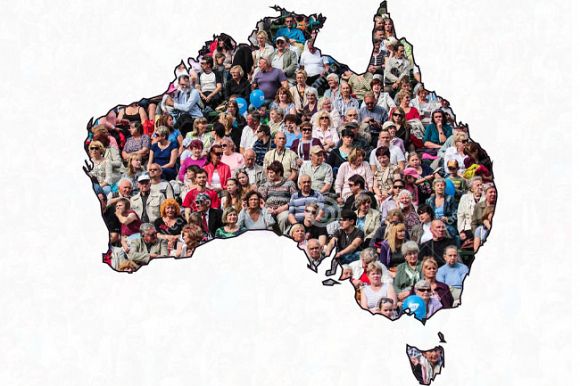 Secondly, contrary to some voices, SPA highlights the usefulness of the temporary skilled migration channel, ahead of the permanent.

Thirdly, they’d restrict any skilled migration to directly employer-sponsored applicants. Then, limit any permanent “skill” visas to onshore applicants with proven employment records. (And why not? Again, most “permanents” are just landed temps upping their visas.)

These measures would not work unless the income threshold for temporary skilled migrants was jacked up. The current menial threshold of $53,900 should be ‘at least 10 per cent greater than the median full-time wage’. Today, that means about $90,000.

ACTU, too, supports raising the threshold. It’s a no-brainer. But they oppose single-employer nominations. They support instead a skills agency to “verify” those so-called “skill shortages” for immigration.

Hey, guys, that approach might have worked in simpler and less globalised labour markets of 40 years ago. Not now. Vested interests, whether employers or unions, will always capture the “official” shortage ratings.

When my own kids found positions in today’s U.S. and EU job markets, specific firms had to want and choose them. They themselves didn’t get to pin their own tails on some “skill shortage” donkey, did they?

What else does SPA mention, as we’re clambering back onto the Big Australia hamster wheel? Well, ‘business profits are up’, with unseemly high shares of the economic pie going to capital, not labour. 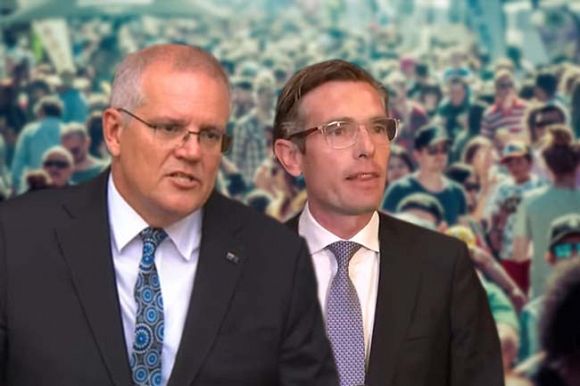 Time for a plebiscite on Big Australia

With a federal election looming, it's worth raising the question to the Australian people whether or not we should increase our population.

Why, asks SPA, would a nominally Labor government choose this very moment to “sacrifice” worker bargaining power? My crass reply — Labor is an authoritarian and neoliberal party.

SPA offers the standard retort, that every single migrant incurs a fresh $100,000 in infrastructure needs. Largely shouldered by state-local governments and not considered in the Federal Budget as it ought to be.

So, before we rev up the hamster wheel once again, how about we ‘address barriers to Australians undertaking and completing training’ or ‘finding entry-level jobs’? For SPA and others, continually ‘importing nurses and teachers’ is no answer to lousy pay and conditions.

There’s the rub. The Issues Paper recycles dubious promises made by John Howard and Kim Beazley back in 2005, when they first signed off on humungous immigration under the handy cover of a mining boom.

So, this year’s lame excuse, for the Nth time, is that mass migration will “complement, not substitute” local training. Yeah, right. We’ve all seen how that movie ends.

Local training remains ditched and dateless, as cut-price migration marries off to gleeful employers. Include here, the returning droves of students, with bigly expanded work rights and seeking residence.

Though fully responsible for our population policy, our reductionist Treasury is still allowed to largely bypass the electoral and environmental considerations. So wrong. 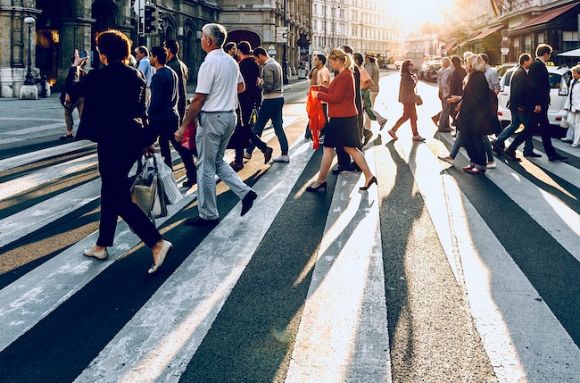 Regarding population, big decisions may or may not come from the Summit itself. In any event, the crux is not “permanent” migration, already near-certain to hit a new record. It’s how Treasurer Jim Chalmers plays net migration. That’s the key number when estimating population growth.

Over 2020-2022, then Opposition Leader Albanese said nothing in reply, as Treasurer Josh Frydenberg’s Budgets targeted net migration in the mid-to-high 200,000s. Following this, predictably, Liberal and Labor kept their mass migration memorandum well away from the election contest.

Albanese has no mandate for his making sky-high immigration the number one policy priority.

Check this motherhood in the Labor platform:

‘The size and composition of Australia’s migration intake will take into account net overseas migration, its effects on employment and training opportunities for Australian residents...’

Chalmers is yet to issue Labor’s own net migration targets. But presumably, he will no later than the October Budget.

I would expect him to approach or exceed the figure of 235,000 found in last year’s Intergenerational Report. For comparison, the average net migration was 215,000, over the immigration surge years of 2005-2020.

Net migration consistently topping 200,000? That’s way more than the electorate and the environment can begin to sustain. For comparison, the average over 1991-2004 was under 90,000.

Albanese, in his ultra-willing gallop to repair the over-hyped visa “backlog” and recoup those migrants allegedly “lost” during border closure, might also generate a huge one-year net-migration effect.

He could even beat Rudd’s record of 316,000 set in 2008 when he himself was Infrastructure Minister. Anyone for congestion busting?