A fossick into the Coalition's new university fees policy reveals a schedule increasingly onerous for students, inconsistent in government contributions, shallow in economic rationales and not serious about equity issues.

Let’s scratch around in Education Minister Dan Tehan’s 2021 university funding or “Job-ready Graduates Package” — another riff on the facile Scott Morrison “Jobs R Us” approach to pretty much everything.

This package tabulates current and proposed, government and student contributions, for 22 fields of tertiary study.

The Minister and the Education Department offer various alibis for their contributions mash-up including that:

Student fees are onerous, in the current national situation

The Minister says (local) students will pay less than they do in “similar” countries like the U.S. and the UK. Now more than ever, who wants to be compared with those coronavirus-infected nations?

Not what mildly egalitarian European nations would do. For locals, even internationals in some cases, they still offer low-fee or free degrees. Quaintly, they perceive education as something of a basic human right, or equality marker. Rather than a pricey private investment, or market commodity.

Yet it appears students will now cover even more of overall course costs.

The second alibi, according to Tehan is that total (government plus student) funding will better match “contemporary” delivery costs, in each field. Satisfying stuff — for bean-counters.

In most fields, the government picks up more of the total costs. In just a few, the student. According to Tehan, the student contribution for law and commerce will increase by 28% and for the humanities by 113%. But those domains aren’t really comparable. Only the first two are well-trodden avenues to higher “private returns”.

Why hoist humanities (or communications) to $14,500 student contribution, with only $1,100 government top-up? As English and languages plummet to $3,700, with $13,500 and $16,500, respectively, from the government. Surely the last two aren’t vastly more costly to deliver, or crucially larger “national priorities”.

Perhaps Tehan doesn’t want students to miss out on language study? As he did. The predictable outrage over humanities is a bonus. 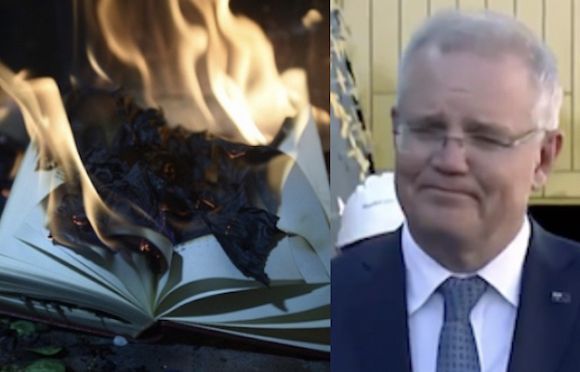 The Morrison Government's assault on critical thinking — and dissent

The Morrison Government is penalising degrees that foster critical thinkers so it will have fewer people attempting to hold it to account.

Tehan’s key alibi is lower student contributions, in predicted areas of employment “growth”. He settles on health, science and technology, education, and construction.

This early into COVID-19, why base policy intricacies on what 73 professors call "untenable assumptions" about future industry-growth patterns?

Nevertheless, courses in Tehan growth-areas go “cheaper” because the Government wants the "best outcomes" for the broader public. Because the Department guards over “private returns" and "national priorities”.

The Department soldiers on:

These days, medicine is more open. But the entitled kids still have the inside run.

Science (also environmental studies) and engineering student contributions are still sizable, at $7,700. And the Government is cutting its contributions to all three.

As we’re “looking over there” at nursing, Tehan also discounts teaching, agriculture, mathematics and clinical psychology — to the bargain-basement $3,700 category.

These disciplines will perhaps train the “workers” we “need”. But why position the last three science-related on half the student contributions of six other science-related courses?

Tehan promises a “regional education commissioner” with “$500 million a year to universities to support Indigenous, regional and low socio-economic students”. On less than 5% of Federal university funding, the commissioner won’t jolt inequalities of learning opportunity. He’s a band-aid over big schooling disparities.

Compare us with socially-mobile Finland — strangely reluctant to emulate our world-leading divisive and discriminatory school system. Like other Finnish degrees, teaching doesn’t rack up student fees. Entry is keenly sought, though other professions earn more.

Personable Gonski Institute import Pasi Sahlberg told the ABC he couldn’t get a Finnish teaching guernsey in his younger days.

Here’s where the package excels, if you’re unfussed by floundering social mobility, or, as the professors put it,

[with the] unintentional effect of amplifying inequities in higher education

work[ing] against the very economic goals it is trying to achieve"https://t.co/VtL6oj8WnQ

Then really lucrative careers cluster in law, business and finance, medicine and engineering. Despite Malcolm Turnbull’s cautionary tale, lucky graduates can glom eye-watering loot. No surprise, students heft big contributions for these types of degrees. Law and economics, also management and commerce, go onto $14,500 annually. At $11,300 and $7,700 per annum, medicine, dentistry and engineering are still substantial.

Maybe it doesn’t matter. Two-fifths of school-leavers already attend university. “World-leading” loans, so they say, neutralise big tickets on desirable degrees. Debates about elite students, they also say, are “stale”. After all, none of us likes the “politics of envy”.

Or maybe it does matter. With easy access to the vastly better resources of private (usually denominational) schools, children of managers and professionals are still much more likely to reach university than working-class kids. They’re groomed for the prestige institutions and lucrative degrees that generally require higher ATAR scores.

When Scott Morrison says “too many” kids do uni, more should “aspire” to trades, that wouldn’t resonate in Double Bay or Toorak.

While Australian women (especially private school alumnae) keep on acing university entry, then, as graduates, earn much less than the men. You guessed it, a lot of them do nursing and teaching. Tehan’s discount courses.

More than likely, the traditionally lucrative degrees will still offer solid earnings premiums. Other COVID-era graduates – Tehan patronises them as the “Costello Baby Boom” generation – might be in hock for a while. Fortunately, no $100,000 degrees. Not just yet...

It's less than likely, that Tehan will agree to “shelve” legislation for the package as the professors suggest. Let’s hope the parliamentary deliberations instil more consistency and fairness.