By Peter Wicks | 12 July 2012, 1:20pm | comments |
Back in Jacksonville, Peter Wicks reports on a laughably fifth-rate smear campaign conducted by one of the town’s far rightwing fringe dwellers.

I have been called many things before – occasionally even complimentary, as well as plenty of them less than complimentary. I have had people accuse me of all sorts of wicked deeds and immoral acts — even by my standard.

I don't normally mind, as that seems to be how it is these days when you upset those on the far right of the political spectrum.

This week, however, things reached a new low.

I will keep names out of this post out of respect for someone who, realistically, deserves absolutely none.

Many of you may have read my posts on the allegations of corruption at the HSU, known as the "Jacksonville" posts.

It seems Kathy Jackson still has a couple of fans out there and this week I have found out the type of people that admire her — aside from Tony Abbott and Peter Reith, of course.

On Sunday the 1st July, I received an email from a bloke whom I will refer to as Mr Spineless.

In good faith, I answered all of his questions, honestly and quite quickly — all I asked was that he call me so we could discuss his piece. He then sent me more questions, which I also answered and again requested he call.

When he called, we discussed his piece and the direction it was going to head; he told me it was a piece I wouldn't like. He told me his theory on the corruption of virtually everyone involved in the case except Jackson and Lawler. Everyone else, including the administrator, Michael Moore, and the Federal Court Judge, Justice Flick, was – in this guy’s head – corrupt, apparently.

Anyhow, this week Mr Spineless' piece of propaganda finally surfaced. What a disappointment it turned out to be.

His piece was so well researched, he couldn't even spell Wixxyleaks correctly, despite it being the subject of his post. There are better researched stories written on the toilet walls frequented by right wing shock-jocks.

So far, I have posted 17 articles on Wixxyleaks and Independent Australia, most of which contain something I like to refer to as evidence. Evidence that the NSW and the Vic Police have taken seriously, evidence that has been reported in The Australian, The Age, the Daily Telegraph, the Sydney Morning Herald, the Herald Sun and, of course, the ABC. Thanks to Australian Associated Press, it has also appeared on every Australian news network that uses AAP, and this includes every TV station, every major radio station, and every major newspaper. 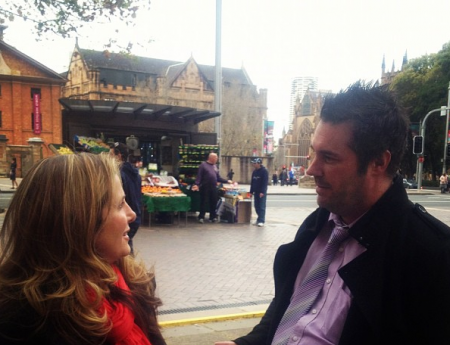 Mr Spineless's piece doesn't dispute any of that evidence. None of it...

Instead it tries to attack the sources. Myself, Independent Australia, even my wife Felicity came under fire.

Independent Australia is not independent, he says. I can assure you IA is not a part of News Ltd or Fairfax. Mr Spineless probably doesn't know what the word independent means. When he goes to his local independent bottle shop, or his local IGA, he is probably surprised not to see Wilkie, Oakeshott, or Windsor behind the counter.

I will provide you a copy of Mr Spineless's post just to be transparent – though it really doesn't warrant reading – but for those who seek context it will be handy. He appears to be desperately trying to get hits on his site, judging from our phone conversation and the way he shamelessly begs people to repost his blogs via Twitter and Facebook. He even explains to people not to copy and paste in emails. How desperate. Then again, he is trying to sell coffee mugs also.

The main thrust of Mr Spineless's post is that I am an ALP member and that I have tried to conceal that from my readers.

He does have a point there.

Clearly as anybody can see I have been hiding my ALP membership — it explains many of my actions. My Twitter account @pwicksalp for one. My contributors’ bio on Independent Australia that says I was an ALP Candidate is also quite concealing. Maybe the portrait pics in his post (that he took from my Facebook page) of me with ex ALP Premier Kristina Keneally — yet another secret I hid on my Facebook page. Or even the blogs I write where I mention this fact repeatedly, including the one he asked me about concerning Kristina Keneally leaving State Parliament — where I specifically mentioned being a candidate.

He even claims I try to pose as an independent, is he for real? Even while he publishes pictures of me with Keneally?

This is so he can call me a troll. Like I went looking for a right wing blog site to trash, once again the pot and the kettle...

Mr Spineless assumes because I am an ALP member, I must talk to other members. How perceptive, most people assume we are all mutes. He is such a clever boy. 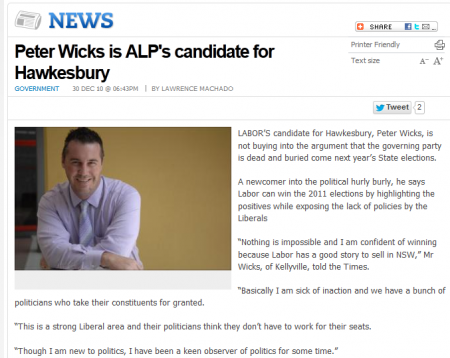 Mr Spineless's big issue, however, relates to Kathy Jackson's children, whose care is allegedly paid for by HSU members, if financial records are to be believed.

I agree with Mr Spineless on this, children should not be involved in these matters. I believe that it takes a particular type of scum or, as one of his readers states, someone "lower than whale shit" to involve children in this mess.

That is why I was so surprised when a couple of saints like Michael Lawler and Kathy Jackson would dump their kids in the middle of it.

Kathy Jackson has named her children countless times in relation to this case, in interviews on TV and radio — however when I repeat those names, somehow I become the bad guy. That, to me, seems odd, and just a bit desperate — not to mention hypocritical.

If naming a previously mentioned child makes you an online child stalker, Justin Bieber best beware — he seems to get mentioned quite often.

Anyway, when Mr Spineless posted his trash piece, he decided to include my mobile phone number in it. I assumed this was by accident and emailed him asking him to take it down. Instead he posted my request on his blog and included my number again.

Not wanting things to get silly, I attempted to phone him, he didn't answer. A bit later I hid my number and tried again, he encouraged me to email him again, then refused to speak to me and hung up. Real mature.

Anyway, I wouldn't really care too much, as it is clear by the number of calls I got, a country town dead end street at 3am gets more traffic than his online coffee mug store/propaganda site. It is the way he chooses to promote his trash that I really take issue with.

I do not think naming 2 children, whose names I only know due to previous reports where they are specifically named, makes me a sicko. 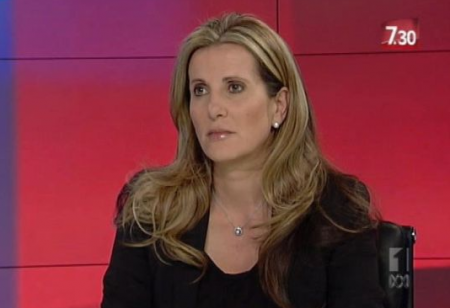 Kathy Jackson has specifically named her children in the media

Nor does it give someone the right to try and portray me as a paedophile, as his tweet seems to do. To me this is the act of a real sicko. What makes someone even think that? I hate to think.

This also belittles authentic accusations against real child sex offenders and makes a mockery of victims of abuse. This, to me, is a twisted mind; to even think that way is blood curdling.

If the Jackson fan club chose to fight evidence by posting unfounded remarks about those with evidence being online child stalkers, and listing their phone numbers, then it is a strange world on the fringes of Jacksonville indeed.

Here are some other tweets Mr Spineless used.

After these remarks, I decided to go to the police, as disgraceful conduct like this should not go unreported. The quotes below show my correspondence after I gave my statement; I have only removed the officers details. I cannot show his email due to the police disclaimer, however it gives an event number, and gives me a recommendation on how to proceed, and this line discussing Mr Spineless’s counter claims.

‘obviously made counter claims in regards to things you have posted about him and he has received death threats from your supporters.’

I appreciate your efforts, I knew he would make a counter claim, and yes I did let people know what he had said about me. He should have thought about that before he made his insinuating remarks, after all he chooses to make his mobile number public on his website, I do not.

I have not encouraged any threats at all, in fact of the people who have rang to abuse me, at least 2 of them were calling him back for misleading them about me.

It is interesting also to note that according to the story about me on his website, one of my “supporters” was sending him death threats due to his story before he even wrote it or put it online, this seems unlikely in the extreme, a bit like me complaining today about something I will see on TV next week even though I don’t know I will be seeing it...

Anyway, thanks again for your assistance on this matter, and if there are any further developments I will let you know. 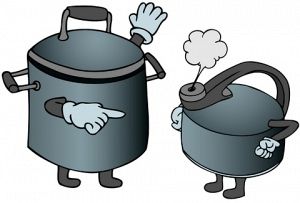 Yes, I did post Mr Spineless's mobile number on my Facebook page – in good faith, I have removed it now – and via Twitter once. However, I choose to keep my number private, his number is openly available to all via his online store/propaganda site; as such, any complaints he has about me making his number public are ridiculous.

As for death threats to him, I am not involved in any way with that. However, if you put your number on your site, and advertise the site by accusing others falsely of stalking children – here's a tip for young players – I think you should expect the odd angry call...

As for this Eric bloke, described as one of my "supporters" like I'm a footy team. Eric, who allegedly sent the death threat described in Mr Spineless's post is, according to Mr Spineless, a regular at his site.

Judging from Mr Spineless's Twitter follower numbers, it's safe to say nobody much has heard of his site — or if they have, they were not impressed. I had certainly never heard of it before he contacted me.

This alleged Eric person is not someone I know and Mr Spineless seems to be the one emailing him — certainly not me.

Despite the call from the police, my number remains on Mr Spineless's site. Not that I'm surprised.

In other related news, in the upcoming HSU executive elections, it seems Kathy Jackson herself will be running her own ticket. This has come as quite a surprise to all — maybe Jeff needs another car.

Still, if Mr Spineless is a member of the HSU, I guess she has at least 1 vote.

If anyone really wants to read his trash piece, you can access it via the link below.

That way he won't get the hits he so desperately hopes for.