ANYONE WHO HAS spent weeks in lockdown dreams of "freedom". In the past month, the residents of NSW, Victoria and the ACT were promised a future free of COVID-19 restrictions and anxiously waited for news about when they might be "free" from lockdown.

But freedom is a powerful concept, and when used simplistically in a slogan like "freedom day" it can confuse and frustrate. Debates about freedom of expression indicate how the interpretation of ‘freedom’ varies widely.

When soon to be former NSW Premier Gladys Berejiklian used the term freedom in announcing NSW’s “roadmap” (another simplistic word) out of lockdown, it was soon applied by news media in the term "freedom day".

"Freedom day" has many connotations — with being released from prison, freed from authoritarian rule (South Africa has a public holiday that dons its name) or the end of a war.

This use of the term links the relaxing of COVID restrictions – which are public health measures – to more profound political events. By association, it supports the argument that restrictions have been imposed for more nefarious reasons than stopping the transmission of a potentially lethal virus.

Such simplistic use of language can have disastrous health consequences. But getting the balance right when talking about something as complex as a global pandemic is not easy.

The need for greater precision was evident when Berejiklian began to discuss the plans her Government was developing to lift restrictions. Berejiklian strategically began to communicate promises of "opening up" to encourage vaccinations by on August 11:

“As per the Doherty Institute report, two doses of 70% vaccination, New South Wales, if we [continue at] the current pace, we will hit that around the end of October… that is when life gets back to normal, that is when we have a different approach to COVID, when freedoms that we had will be in place. And we can look forward to having a normal existence.”

Although at 70% double dosed – NSW residents were promised more freedoms – there was no absolute guarantee of "freedom" from COVID restrictions. Life won’t be normal. The pre-pandemic time of laissez-faire mobility Australians generally enjoy will remain a long way off.

Even at high levels of vaccination, limits will remain on the number of people who can gather indoors and outdoors. Hospitality venues and retail stores will require social distancing restrictions, and numbers will be restricted at gyms, theatres and stadiums, aged care facilities, community sports, weddings, funerals and religious venues.

People living in "hotspots" will also require restrictions and masks will be necessary on public transport, and other crowded places.

These "freedoms" will only be available to adults with two vaccinations — three in ten people will still have restricted mobility to protect them from the virus. That’s close to a third of the population and millions of unvaccinated children will be exposed to the risk of disease.

Yes, that risk is lower, and the death rate from COVID in children is much lower than in adults, but for parents, this statistical information is cold comfort. Whose children are to be sacrificed for "freedom"?

Meanwhile by the end of September in Alberta, Canada – a country with a similar population profile and health system to Australia – despite high vaccination rates, the health system was starting to collapse under the pressure of treating unvaccinated COVID positive patients.

So, where did the phrase "freedom day" come from?

Berejiklian never used the term "freedom day" herself. Perhaps with knowledge about the potential for continuing pressure in NSW she reminded the public on 24 September that the Monday after 70% of adults are double vaccinated in NSW means more "freedoms", not "freedom day".

But that’s not what the news media emphasise. People hear "freedom" and think it means whatever they think "freedom" means.

However, Berejiklian’s successor can’t unscramble the concept of "freedom day" by simply changing restrictions or with better communication because it’s now in the public lexicon.

The phrase "freedom day" was used extensively in international media reporting of UK Prime Minister Boris Johnson’s announcement of "freedom day" on 21 July. Since then, Delta infections have risen sharply in the UK; on September 14, the UK recorded 26,628 cases of COVID-19 and 185 deaths.

Vaccines are helping to limit the number of hospitalisations and deaths. However, there is uncertainty with winter ahead, and a stubborn number of unvaccinated people. Meanwhile, the requirement for a third dose of vaccine is becoming more likely. "Freedom day" certainly did not bring the country back to pre-COVID normal.

The phrase "freedom day", or "day of freedom", was also popularised in Australia in September 2020 when the conspiracy theorist QAnon cult organised rallies against ‘5G, government surveillance, freedom of movement’ and vaccination.

The first mention of ‘freedom day’ in a mainstream Australian newspaper in relation to NSW was 13 August, the day after Gladys Berejiklian announced the potential "freedoms".

On 12 August, The Australian columnist Peta Credlin argued in her column that lockdowns, despite saving 30,000 lives were not a:

"... straightforward question of life versus death… to what extent is life for some worth a half-life for everyone else?"

The next day, a letter to the editor in The Australian agreed with Credlin’s opposition to lockdowns, with the letters page titled:

‘We need to know there is a Freedom Day up ahead.'

For the next nine days, there was little discussion of "freedom day", apart from health experts and politicians being quoted warning against loosening restrictions too much.

Then on 22 August, Peta Credlin titled her The Daily Telegraph column 'Morrison has to set "freedom day" date’. After this mention, reporting of "freedom day" skyrocketed across the media to a total of 395 in major newspapers and online sites between 12 August and 24 September.

The use of the term increased after Berejiklian announced in her daily media conference on September 9:

This included one notable contribution in The Daily Telegraph on 10 September. Under the headline ‘Time to let the fun go viral’, the article stated:

‘Gladys Berejiklian put the exact date of Freedom Day in the hands of the citizens of NSW with a plea for people to get jabbed with the new normal to begin when double doses reach 70%.’

Like most articles outlining "freedom day", the "liberties" to be reinstated under the plan are relegated to the end of the article. Facts cannot be expected to supersede hyperbole. Journalists should be aware that the audience – vulnerable, fed up, bored – and already longing for fewer restrictions, might not read the fine print.

"Freedom" has a clear meaning to most people. It is associated with a lack of interference in mobility, who you associate with, what time you come home and how many places you can visit. There’s a good reason why the harshest punishment we impose for people who break the law is the removal of these elements of "freedom". 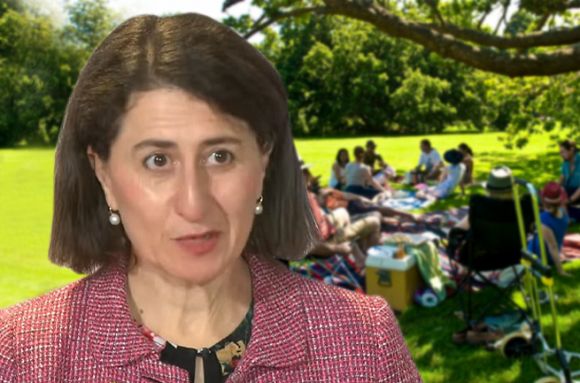 During the pandemic, news reporting has focused on case numbers, exposure sites, changing restrictions, economic consequences and complex policy issues. But for many, this information and all this talk of data, models, REFF numbers, K factors is too confusing.

Frustratingly, despite the Premier advising against the use of the term "freedom day", soon to be former Deputy Premier John Barilaro used it on September 27, saying:

"Let's keep climbing with the vaccination rates, a fantastic number so far but let's not fall behind in the regions because freedom day is not far away."

It is dangerous for the public to believe that "freedom day" will be the end because the risk it presents is a decline in adherence to public health measures and a relaxation of vigilance, even when the pandemic is far from over.

We all want freedom. We just have to wait until a time when it is safe to enjoy it.

Dr Collette Snowden is a Senior Lecturer in Public Relations at the University of South Australia. Dr Victoria Fielding is an Independent Australia columnist. You can follow Victoria on Twitter @Vic_Rollison.