With the development of social media helping to spread far-Right messaging from the West, anti-Islamic activism in China and India is thriving, writes Bilal Cleland.

THE MUSLIM community in Western countries has become inured to the onslaught against it since 9/11 atrocities in the USA were attributed to inaptly named “Islamic” terrorists.

From day one, Muslim scholars and community representatives have denounced such crimes, the perpetrators of such crimes and the shocking response to those crimes. Not only did 9/11 in the USA lead to the destruction of an already deeply wounded Afghanistan, but it produced the allegedly illegal concentration camp of Guantánamo Bay.

We can see the result today with the Taliban in control of Kabul — its people being denied basic necessities such as health care and adequate food.

The invasion of Iraq in 2003, based upon lies about weapons of mass destruction and links to terrorist attacks on the USA, spawned Daesh. This group posed as “Islamic”, yet carried out shocking anti-Muslim atrocities. Forged from the former army and deluded foreign extremists from the West, it is still called “The Islamic State” by Western media. 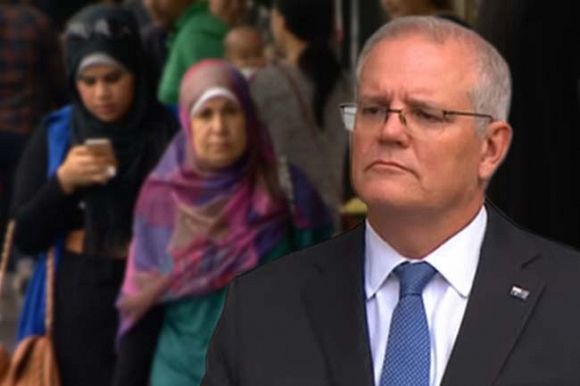 No peace for Muslims in Morrison's Australia

In the U.S., the Federal Bureau of Investigation (FBI) placed spies and cameras in mosques. However, attempts to portray the Muslim community as the primary source of terrorist attacks were quickly overtaken by the rise of white nationalist terrorism and the new enmity with Russia and China.

The USA, under Trump, banned migration from a list of Muslim countries; gave open support to neo-nazi rallies like that in Charlottesville and then opened the U.S. Embassy in Jerusalem.

This saga of insult and racist arrogance from Western countries appears to have slackened off somewhat. But that is not the reality in the rest of the world.

One development of the Trump years was the exposure of the “Aryans” of the Hindu fascist movement in the USA.

'The audience members arrived and had a seat on chairs adorned with signs saying “Trump for Hindu Americans” and “Trump Great for India."'

The roots of this particular worldview run deep.

Center for Research on Extremism University of Oslo researcher Eviane Leidig reminds us that:

'One of the pioneers of Hindu nationalism, V.D. Savarkar, once wrote that India should model its approach to its "Muslim problem" on that used by the Nazis to deal with their "Jewish problem."'

Author and political activist Arundhati Roy summed it up thus:

'Over the last few months, authorities in Indian states governed by Prime Minister Narendra Modi’s Bharatiya Janata Party (BJP) have started bulldozing the homes, shops and places of business that belong to Muslims merely suspected of participating in anti-government protests.'

This is the policy of our so-called ally in the Quad partnership between the USA, Australia, Japan and India.

Assault on Muslims in China

The “Hanification” of China is now occurring.

According to Dr Habib Siddiqui:

'It aims to cement the supremacy of the Han Chinese majority through the [People's Republic of China] PRC's  government policies of imposed acculturation, forced assimilation, or cultural imperialism on non-Han citizens of the state.'

By the late 1990s, with the rise of Al-Qaeda in neighbouring Afghanistan and various Muslim-identified separatist movements in Central Asia, the Chinese Government had linked Turkic-speaking Muslims to the so-called “three evil forces” of separatism, extremism and terrorism.

'... the development of social media and online anti-Islamic activism in China... and the import of ultra-Right ideologies from abroad... generate a broad-based, popular Han Chinese anti-Muslim movement.'

Ma reports that independent anti-Muslim activists, on Weibo, took up the cause and have:

According to Ma, these activists argue:

'... if the Party does not stand for the Han majority against Islam... the Party’s fate could be the same as the Soviet establishment when people abandoned it en masse in 1991.'

Ma suggests it has become Party rhetoric that 'Islam is a primary source of disorder in the West and obstruction in China’s national rejuvenation'.

The attitudes of these anti-Muslim activists and the Party are coming together — the concentration camps in Xinjiang are one of its fruits. 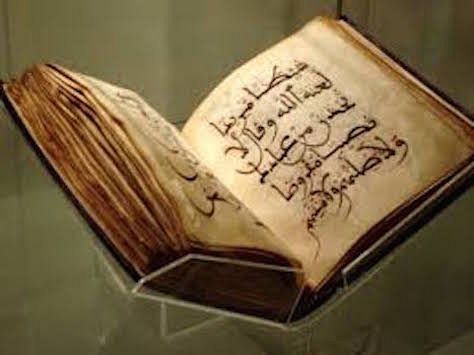 ISIS is a misrepresentation of the Quran and does not reflect the true Muslim teachings — Bilal Cleland examines an open letter to the extremist group from 120 international scholars.

In India, extremists of the Hindu fascist movement see Islamic values as a threat to the long-established caste system, which relegates some individuals to be "untouchable". Islamic teaching on equality undermines this.

In China, the Party may well fear its Han activists as well as the potential for separatism from the Turkic-speaking Muslim minority, alienated by the cultural ignorance of authorities. Instead of an inclusive approach to cultural identity, as was the case in Chinese history, authorities have opted for a policy of demonising Islamic practice and replacing it with Han culture.

Others have tried this throughout history with little success.

The Islamic value system has deep roots and it is strengthening, not weakening. Scholars have likened it to a coral reef, with a huge variety of forms and colours. Despite this apparent variation, it forms one entity which harbours tremendous potential for positive change.

It is a value system which recognises that the rights of all human beings are part of the fabric of creation.