In praise of Luddites

Matt Mitchell is a proud Luddite, who says "the Luddite fight for a more humane and just society is now needed as much as it ever was". 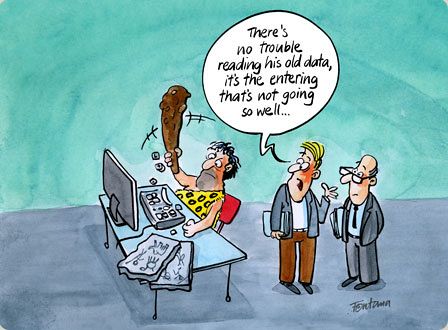 PEOPLE WHO KNOW ME have called me a Luddite and I do not deny the claim.

But how can someone who has dedicated much of his life to the development of computer software and the teaching of technical skills be called a Luddite?  Hopefully the following will help explain this apparent contradiction and also illuminate some hidden nuances associated with computer programming, technology and society in general.

Let's consider the appeal of computer programming. It is creative. It requires a degree of skill, understanding and problem solving. It draws upon the developments of others, and integrates with the work of others; but yet, there is a component that is clearly the programmer's own, from which I, like many programmers, can take significant satisfaction and joy. It is, in short, a craft. The joy of programming is the time honoured joy of craftsmanship. There is something else unique about programming: it is possibly the only craft in the modern world where the product is useful (practically and commercially) and cannot be provided in other ways. This is important. It means the work is significant and meaningful. Nearly all other crafts, such as watch making, have been industrialised such that the role of the individual craftsman is no longer significant (beyond perhaps an initial design or prototype) as factory processes or prescribed methods of operation are applied.  Also, unlike many professions, such as teaching, where bureaucrats and officials constantly meddle in professional operations and behaviours with dictates about what should be done and how, the autonomy of the programmer is complete. Certainly there are processes of  peer review and professional standards that are developed, but these are clearly in the domain and under the control of the programming specialists and the profession itself. The unique technical flavour of computer programming excludes outside interference from amateurs. Thus, programming is one of the last refuges, and perhaps the only on an industrial scale, of the artisan (as opposed to a fine artist) and his guild in an industrial society. As such, computer programming offers a high degree of autonomy and freedom in relation to creative work.

Let us look now at the Luddite.

The term Luddite is usually applied in a derogatory way. Often, it implies the concept of a laggard ― that is someone who is resistant to change. I am certainly not resistant to change; in fact I am anxiously anticipating change. But I anticipate positive change. Whereas what I see around me is largely in a negative direction. A Luddite is also seen as someone who is opposed to machines and, by implication, technology and technological progress. This comes from the history of the term Luddite, which emerges from a movement, triggered by Ludlam, in which industrial machinery was smashed between 1811 and 1816. However, Postman (1993) describes the Luddite fight as


“...people desperately trying to preserve whatever rights, privileges, laws, and customs that had given them justice in the older world-view.” (pg 43)

Thus the Luddite fight can be seen as one for human values in a culture where machines were increasingly replacing the meaningful work of craftsmen with cheap shoddy products. Sale (1999) describes the movement in detail, including a Luddite ballad used at the time which is as follows:


Chant no more your old rhymes about bold Robin Hood
His Feats I but little admire
I will sing the Achievements of General Ludd
Now the Hero of Nottinghamshire
Brave Ludd was to measures of violence unused
Till his sufferings became so severe
That at last to defend his own Interest he rous'd
And for the great work did prepare.

With this understanding of a Luddite – as someone who believes in the dignity and rights of people over machines and an industrial system − the label does not seem one to be ashamed of.

Let us consider in more depth what the Luddites were fighting.

We can start by considering a few facts about the social history of England, shortly before the Luddites started smashing the machines of industrial civilisation. From the 1500's up until the Luddite movement, there had been on-going theft of land from villagers in England by their elites (the enclosure movement). This theft was supported by state power.  This hit a peak early in the 1800s, as many elites evicted villagers and appropriated the land for their own purposes.  A mass of people were thus left homeless and destitute. Not just the villagers, but also the craftspeople who depended on them. This mass converged on the cities and the emerging factories seeking work. There was insufficient work for all of them, so many literally starved. There were riots, which were brutally suppressed by army troops who were deployed, as necessary, around England (the Luddites also faced these).

In fact, this is the recurring pattern of our culture and industrial development. Similar techniques were applied to Indigenous nations from the Americas to Australia. The pattern has been repeated continuously now for around 500 years;  no signs of change are apparent. It reflects a failure to learn. For the last few decades there has been talk about the importance of 'learning organisations', but we do not have a 'Learning Society'. The evidence is that our culture cannot adapt, it cannot change. Thus our culture and society continue to be based on coercion and violence which is more apparent at some times and places than others. By right of might (economic and military) our culture claims ownership of the entire planet. History shows that any alternative culture that western culture encounters is eventually destroyed. First by violence, followed by a loss of sovereignty, autonomy and community. The pattern of lawlessness in this regard is clear: from the theft of land from English peasants to the theft of land from American Indians, despite numerous legal contracts assuring indigenous ownership (Hedges & Sacco 2012, Monbiot 2012). Custer's last stand was a process of stealing land legally owned by Indians, because they refused to sell it and they stood in the way of resource extraction (Hedges & Sacco 2012). Sitting Bull acidly suggested that the whites should “start selling dirt by the pound”. Faced with the violent destruction of his tribe and the theft of everything they owned, Sitting Bull also posed the question “Do we submit or resist?” (Hedges & Sacco 2012).

The disregard of Western culture for other cultures and contrary views is apparent today (see the film END-CIV for documented examples). The Occupy Melbourne Movement is a case in point here. A group of peaceful people use a tiny patch of public land, around 400 square metres, to present an alternative narrative about our society and they are met with violent resistance and removal.

In all of Melbourne's vast public parks, show grounds, sports arenas and so on, no alternative space could be found and offered to them. It is clear that they – or rather their message – could not be tolerated.

Consider a quote from D. H Lawrence who wrote:


'But you have there the myth of the essential white America. All the other stuff, the love, the democracy, the floundering into lust, is a sort of by-play.

'The essential American soul is hard, isolate, stoic, and a killer. It has never yet melted.'

Perhaps this is also true of the Australian soul?

In any case, it is now obvious to all that our culture cannot continue. The signs are everywhere   including environmental destruction, our oil-dependent production machinery, even our farming practices evidenced by a recent peer reviewed report produced by 400 experts which concluded that “'business as usual' farming practices are no longer an option" (IAASTD 2008). The final hours have arrived. We are now engaged in the most destructive processes of resource extraction in all of history (e.g. the Canadian Tar Sands projects).

Revolts are either in progress or imminent across the globe in China, the Middle East and in Western nations, with parts of Europe being early candidates. As the opiates of consumerism and material comforts are removed from more and more people and they awake from their electronic hallucinations, the true ugliness underlying our culture is revealed ― and like Sitting Bull people are asking: “Do we submit or resist?”. Increasingly, voices are calling for an end to passive resistance and advocating direct action ranging from non-violent (e.g. Chris Hedges) to violent (e.g. the film END-CIV).

Violent action is not desirable, as history shows. Violent movements are led by violent people and the resulting regimes are often worse than those they replace (consider the Reign of Terror in France). Regardless, we are unavoidably heading toward crash, clash or, more likely, a combination of both. Hedges & Sacco (2012) are convinced that, as our culture and the planet's systems collapse, the cultural violence that has been mostly applied to others will now be turned on its own citizens. The enclosure movement provides past evidence of this as does state violence in response to protests in 1960's and 1970's USA (see The Century of Self). State responses to the Occupy movement in general suggest that this is just as much a possibility today along with the recent violent government response to protests in Spain.

Yet, we desperately need alternatives and we need them soon. We are entering a phase where the true mettle of our leaders will be revealed and, I fear, we may find that the souls of those in power in Australia are also ultimately seen to be “hard, isolate, stoic, and a killer” ― as powerful elites call upon the state to maintain their privileges to the bitter end. Perhaps with the recent statements of Gina Rinehart (as her fortunes face difficulty) we are already seeing evidence of this.

The fact that state power is used against both local and foreign populations clarifies who this culture really serves: the more powerful, the elite. In a 'culture that cannot learn' – and without alternatives − most of us, who are not elites, are ultimately doomed to both dispossession and oppression. First by those currently in power, and later by those who seize power in the resulting cultural vacuum. Thus, the Luddite fight for a more humane and just society is now needed as much as it ever was;  alternative cultures are diminishing whilst state power is growing ever more forbidding with the aid of technological tools of control and surveillance that the Luddites would never have dreamed possible.