Visits to Honiara are part plea, part threat. Delegations are equipped with a note of harassment.

That was the initial Australian effort to convince the Solomon Islands that the decision to make a security pact with Beijing was simply not appropriate in the lotus land of Washington’s "Pacific empire".

Despite an election campaign warming up, Liberal Senator Zed Seselja found time to tell Prime Minister Manasseh Sogavare that Australia remained dedicated to supporting the security needs of the Solomon Islands and would do so “swiftly, transparently and with full respect for its sovereignty”.  The Pacific country remained a friend, part of the “Pacific family”.

He went on to “respectfully” urge the Solomon Islands to reject the security pact with China and “consult the Pacific family in the spirit of regional openness and transparency, consistent with our region’s security frameworks".

Having not convinced Honiara to change course, a range of reactions are being registered. David Llewellyn-Smith, former owner of the Asia Pacific foreign affairs journal The Diplomat, took leave of his senses by suggesting that a Chinese naval base in the Solomons would see 'the effective end of our sovereignty and democracy'.

In a spray of hysteria, he suggested that this was 'Australia’s Cuban missile crisis'. 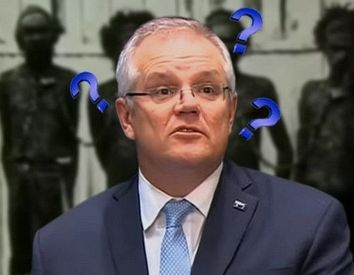 The history of humanitarian missions is a history of taking sides, disruptive partiality and the forfeiture of the very object powers claim when intervening in another country.

The Labor Opposition, desperate to win office on 21 May, are calling this one of the greatest intelligence failures since World War II, which perhaps shows their somewhat tenuous command of history.  Their leader, Anthony Albanese, seeking some safe mooring in a campaign that has lacked lustre, was particularly strident.

It was a chance to show that Labor was not shaky or wobbly on national security.

“The security agreement between China and the Solomons is a massive failure of our foreign policy. We are closer here today to the Solomon Islands than we are to Perth. That shows how strategic they are to Australia.”

This belligerent, simple note might have been stronger were it not for the fact that his deputy, Richard Marles, had previously made the unpopular suggestion that the Pacific islands were somehow sovereign entities who needed to be treated as such while China, in providing development assistance to them, should be “welcome” in offering it.

The goons of the Rupert Murdoch roundtable capitalised, hoping to find a Chinese Red under Marles’s bed.

Scratching for electoral gains, Labor thought that it was inappropriate to have sent the junior minister, as if that would have made much of a difference. Foreign Minister Marise Payne, it was said, should have been flown in to bully those misguided savages into submission.

In Australia, the message being fanned is that the deputy – in this case, Canberra – failed in the task, leaving it to the United States to come in and hold up what seemed like a sinking ship of strategy.

“The United States very much relies upon Australia and sees Australia as playing that key role in the Indo-Pacific. Australia and Scott Morrison have gone missing.”

The Morrison Government poured water on such criticism by suggesting a fair share of deviousness at play. Not only had the likes of Defence Minister Peter Dutton been advised by the intelligence fraternity to keep matters tame in terms of attacking the security pact; the agreement was the product of bribery.

On radio, Minister Dutton responded to a question from 3AW host Neil Mitchell about the suggestion:

“You asked the question about bribery and corruption – we don’t pay off, we don’t bribe people, and the Chinese certainly do.”

This clean linen view of Australian conduct is fabulously ignorant, ignoring such inglorious chapters as the oil-for-food scandal which saw the Australian Wheat Board pay $300 million in kickbacks between 1999 and 2004 to the Iraq regime via Alia, a Jordanian trucking company. These bribing arrangements, which breached UN Security Council sanctions imposed after Baghdad’s invasion of Kuwait in 1991, were unmasked in 2005.

With Australia failing to change minds, the paladins of the U.S. imperium prepared to badger and bore Honiara. On the list: President Joe Biden’s National Security Advisor Jake Sullivan; Assistant Secretary of State for East Asian and Pacific Affairs Daniel Kritenbrink; and National Security Affairs Indo-Pacific chief Kurt Campbell. It seemed like an absurd gathering of heft for a small Pacific Island state. 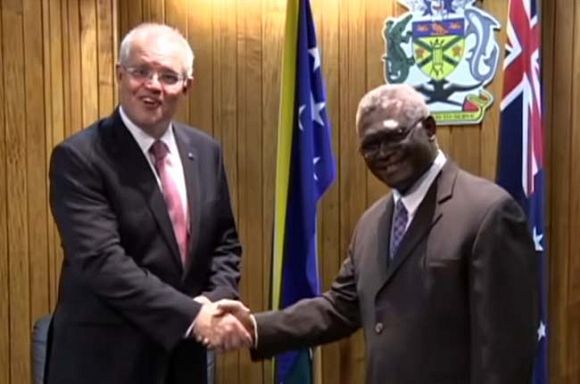 The theme was unmistakable. A bullying tone was struck in a message from National Security Council spokesperson Adrienne Watson, who seemed to forget the Solomons was not some ramshackle protectorate of the Five Eyes.

Officials from the US, Japan, New Zealand and Australia had 'shared concerns about [the] proposed security framework between the Solomon Islands and the People’s Republic of China (PRC) and its serious risks to a free and open Indo-Pacific'.

At The Washington Post, Henry Olsen was trying to speak home truths about an empire facing rust and decline.

The unipolar world that came into being after the demise of the Soviet Union had ended:

'Our adversaries can fight back, and they are increasingly using every means at their disposal to push back against American influence.'

He went on to put focus upon the thin stretch of territory in the Pacific that has exercised so many in Washington and Canberra:

'Lose too many places such as the Solomon Islands, and the threat will start to get uncomfortably close to home.'

It was more prudent 'to spend big and push outward now rather than to be boxed into a corner later'. In other words, more bribery, the very thing tut-tutted by Dutton, was needed.

As for the Solomon Islands itself, divided, fragmented and vulnerable to internal dissent and disagreement, Sogavare is unrepentant:

“When a helpless mouse is cornered by vicious cats it will do anything to survive.”

He has already told his country’s Parliament that there is no intention “to ask China to build a military base in Solomon Islands”.  He felt “insulted” by such suggestions and felt that there was only one side to pick: “our national security interest".

His confidant and former Prime Minister Danny Philip also reminded critics barking about the lack of transparency over the Sino-Solomon Islands deal that they should know better:

“People in Australia know very little about Pine Gap in the middle of the desert, the military base of the United States.”

There were “agreements that open up all major ports in Australia that are not being seen by all the citizens of that country”.

Unfortunately for the Government in Honiara, thoughts of invasion and pre-emptive action on the part of Australia, possibly with aid from the United States, cannot be ruled out. Instead of being parked in an asylum of inoffensive obscurity, pundits such as Llewellyn-Smith are encouraging invasion and conquest.

Australia, he advocates in a refreshing burst of honest blood-filled jingoism, 'should invade and capture Guadalcanal such that we engineer regime change in Honiara'.

Sovereignty for the Pacific was always a qualified concept for those exercising true naval power, and U.S.-Australian conduct in recent weeks has made utter nonsense of it. At least some cavalier types are willing to own up to it.