How to vote for a coal seam gas ban

Protection of our water resources must be front and centre when NSW votes in March and Australia in May.

WITH POLITICAL TURMOIL UNFOLDING, state election and federal elections looming and what appears to be a manmade disaster the size of Murray Darling Basin, New South Wales must work towards enshrining protections from the gas industry as Victoria has done.

A few years ago, government and industry in Australia greenwashed the term "coal seam gas", as it had too many negative connotations. It is now termed "natural gas". This suggests the image of a cooktop with a lovely blue flame when the reality is dirty fuel that needs intensive refining before it reaches your stove. The truth is emerging that gas is not the clean, green, bridging fuel that some state and federal governments have said it is.

During the burning hot summer of early 2019, we face an unprecedented crisis of water security in NSW. Many towns have no potable water. Rivers are dying, farm dams are dry, whole ecosystems appear to be collapsing. Without water, we cannot continue to live and work as we have.

Below is a map detailing the expired petroleum titles in NSW. Communities have been calling for these titles to be cancelled for many years. Santos is on record saying they have no plans to drill for gas on the Liverpool Plains and there has been no gas exploration activity in 11 of these 12 PELs for many years.

'Through the NSW Gas Plan, the Government is committed to implementing and enforcing a "Use It or Lose It".'

And yet the NSW Government will not cancel their licence under the "Use it or Lose it" policy. 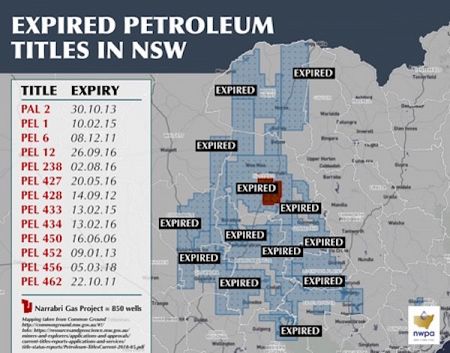 NSW Minister for Resources Donald Harwin was questioned on the issue in State Parliament by Jeremy Buckingham MP in May 2018. His answers were at odds with Santos’ claims that they have no plans to drill for gas on the Liverpool Plains. Is the solution to the cancellation of the expired titles as simple as getting the two parties into the same room? It seems either the Minister is misinformed or Santos is lying?

The quest for these cancellations continues. Att the "Anyone But Nats Forum" held in Mudgee on February 1, Nationals candidate for Dubbo,  Dugald Saunders, publicly stated that he would support the cancellation of the remaining PELS in NSW that aren’t currently under assessment process by the NSW Government. His stance is not National Party policy. Labor (who at the time of publishing) has not yet released its policy but has indicated cancellation will be forthcoming.

The NSW mirror government..always looking into something. Not achieving anything much

NSW Premier Gladys Berejiklian has all but ignored the pleas of the north-west NSW community, despite indicating that the community's concerns on water security are clear and that her Government has an obligation to listen.

A change is in the air and community groups must seize this opportunity post-election to lobby for cancellation and then move onwards towards a statewide gas ban. This action is happening on a global level. Entire countries and regions across the planet are creating moratoriums or instituting fracking bans against the risky unconventional gas mining industry.

This is happening in:

U.S. States that have banned gas include:

Brazil has more than 70 cities that have banned fracking in their territories. 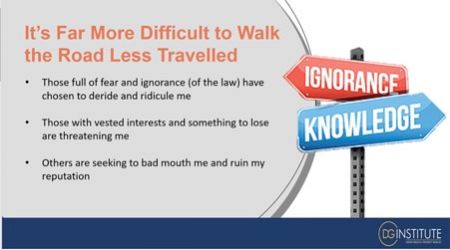 Manchester City Council in the UK is moving to ban fracking as well as Tasmania, which has extended their moratorium, Limestone Coast in South Australia and Delaware River Basin.

Almost simultaneously in the Northern Territory and Western Australia, communities have been bounced around in a game of political ping pong over exploration issues. We’ve also seen strong-arming and blackmail by the Federal Government and a complicit Labor Party whose Federal Labor policy is keen on gas and hydrogen.

Communities are aware a fracking ban alone will not ultimately protect the water — only a complete industry activity ban for all types of drilling will do that.

Recently, in February 2019, we have seen what can only be described as a slow-motion fatal nosebleed for the gas industry in Queensland. Community groups celebrated the news that Blue Energy gas permits in the Wide Bay/Burnett region expired and would not be renewed.

Sadly though, gas fields have metastasised rapidly in other parts of Queensland, leaving shattered communities and gasfield refugees in their wake. The industry continues to expand it’s footprint as sweet spots become sour and new fresh plays are sought in the name of "domestic gas". 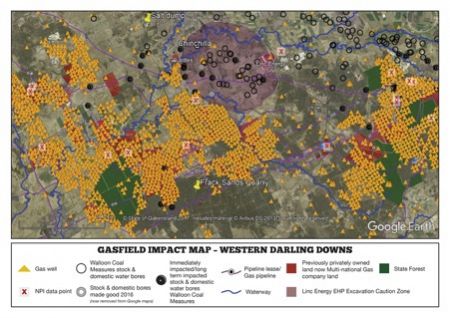 The gas Industry has faced an uphill battle in NSW. It’s been years since the last well was drilled. Metgasco tried at Bentley in NSW but the community responded. 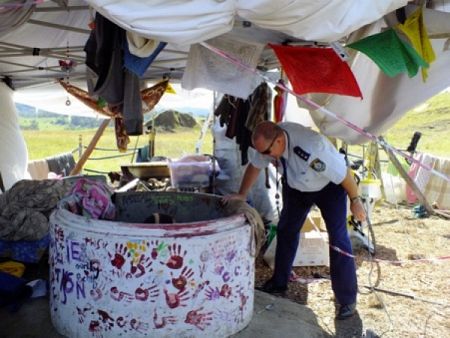 Protecting Bentley was a piece of rainbow cake compared to protecting the wild and remote Pilliga. Despite staunch efforts, Santos was able to drill their last well in 2014, Santos timed the drilling to coincide with the Bentley Blockade. The Bentley win was bittersweet for many as people watched in horror at what was occurring in the Pilliga.

The assessment process drags on. Meanwhile, the community is active. Not content to wait for Santos to withdraw gracefully, activists are continuing to gain momentum, as evidenced by a recent survey that showed over 50 per cent of Narrabri residents do not support the NGP. The Santos shopfront in Gunnedah closed in August 2018 and then the twitter account @SantosNSW was also shut down.

Santos informed the community that it will soon provide the extra information that NSW Planning sought to enable the continuation of the assessment process. This was after the company was fined $1,500 for operating without water use approval at Leewood, despite assuring the community that all the approvals were in place. 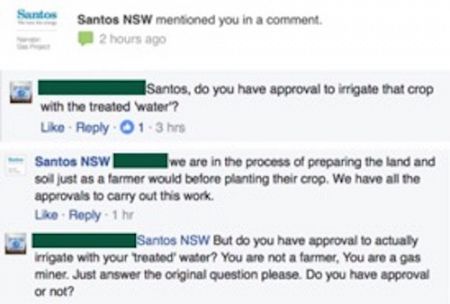 Please make sure you vote wisely at the upcoming NSW State Election and 2019 Federal Election for representatives who will commit to legislate for a gas ban. Politicians need to deliver what people want. Tell them you want a ban to protect the water.