How Rudd and Turnbull could activate climate change bipartisanship

LAST WEEK, United Nations Secretary-General Antonio Guterres said that climate change has "left our planet broken" and urged nations to make radical changes before it is too late.

Of relevance to this plea is concern shown by two former prime ministers, Kevin Rudd and Malcolm Turnbull, for Australia's lack of media diversity, which threatens the viability of our democracy and our ability to act on climate change,

Rudd wrote a petition to Parliament and Turnbull, who publicly supported the campaign, was one of half a million signatories.

'Only a Royal Commission would have the powers and independence to investigate threats to media diversity, and recommend policies to ensure optimal diversity across all platforms to help guarantee our nation’s democratic future.'

A Parliamentary Inquiry into media diversity has resulted but the report is likely to founder on the rocks of bipartisanship.

Choice of party and candidate significantly depends on access to accurate information based on science and its independent interpretation. This has been corrupted by one large media player and has become a significant factor in compromising urgent action on climate change.

In a recent interview, Turnbull indicated:

“Action on climate change has become politicised. What should have been an issue of science and economics has become an issue of Left versus Right — to the detriment of us all ...

The campaign on climate denial is just staggering and has done enormous damage to the world, to the global need to address global warming.”

Kevin Rudd has spoken frequently about Australia’s laggard status on climate change. In November 2017, Rudd first called the Murdoch media a “cancer on democracy” — a description he has repeated many times since.

In Australia, two former prime ministers - Kevin Rudd and Malcolm Turnbull - are calling for an interrogation of Rupert Murdoch’s media domination and to weigh the impact of Murdoch media output on the country.

Hopefully, this display of common ground about the Murdoch media from Rudd and Turnbull could now extend to utilising their considerable expertise on economics, climate change and international affairs in order to bring pressure for progress on climate action, and by their example, an end to bipartisanship.

Turnbull has noted that climate change has become politicised between Right and Left. Indeed one could speculate that there may be enough votes in Parliament to pass the currently proposed Climate Change Bill with a free vote, but both party systems still prioritise power before the nation.

We need a circuit breaker, a demonstration to the nation by Liberal and Labor leaders working consistently together to issue a series of statements on climate policy and sustainability.

Crucially, this cooperation would occur at a time when the standing of our politicians is at a new low. A study for the Australian Council of Professions gives politicians an untrustworthy rating of 64 per cent — in itself a threat to democracy and the ability to deliver policy.

In bipartisanship they could address three salient issues: 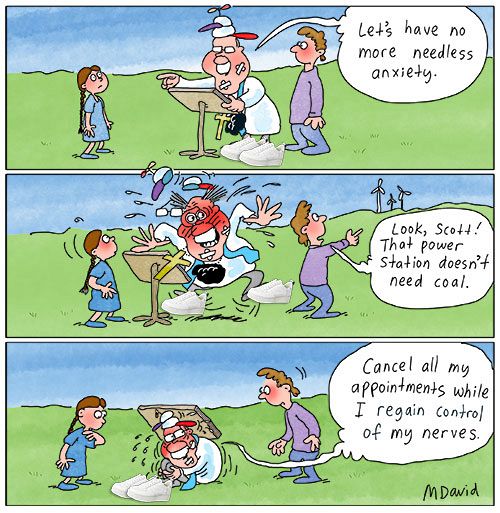 The outbreak of coal-20 virus brings significant implications for the health of all Australians and the international community.

The 'Climate Reality Check 2020' report indicates that breaching the 1.5°C Paris Agreement boundary is likely before 2030, under present emissions scenarios. Consequently, a 2030 target of net-zero emissions is essential. Currently, we will exceed the two-degree rise in temperature by 2050 and three degrees this century.

To keep global warming well below two degrees, Bloomberg indicates emissions from energy production need to fall ten times faster than present scenarios, at six per cent year-on-year to 2050. For 1.5 degrees, the required rate is ten per cent.

Joint statements from Rudd and Turnbull could have a major impact on both democracy and climate change action in Australia.

It will be interesting to see if the Murdoch media reports their statements.

29 March 2022, 11:00am Existing climate change issues are being exacerbated by increasing population and ...
Join the conversation
comments powered by Disqus
News updates