Barack Obama's victory in the second U.S. presidential debate may have saved the world from the jackal economics and moral barbarity of the Tea Party, writes Bob Ellis. 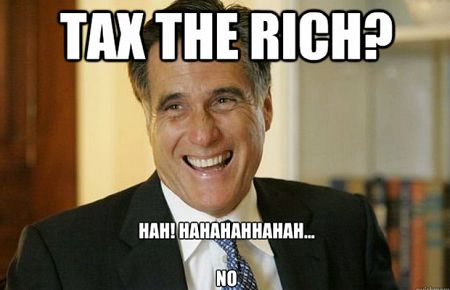 A WEEK AGO, it was widely thought Barack Obama was a good speaker but a bad debater, unmanned by the lack of a teleprompter. When, three days ago, he gave the best debating performance in world history, the Murdochists who said he was no good at it did not retract what they had said, they moved on to the next Big Lie.

The bigger the lie, Goebbels said, the more readily it is believed. John Kerry is not a war hero, he is a war criminal. Barack Obama had ‘nothing to do’ with the ordered killing of Osama bin Laden. John and Bobby Kennedy ordered the killing of Marilyn Monroe. Teddy Kennedy deliberately drowned his pregnant virgin girlfriend when he could have ordered her poisoning, or shooting, when he was miles away, and paid for it handsomely. Fidel Castro was dead in 1955 and 1961 and 2001 and 2004, Osama bin Laden frequently dead or on dialysis in a dripping cave and fading fast, and so on.

The latest Big Lie was that Obama was hopeless without a teleprompter and ‘debating is not his forte’. It is like saying Muhammad Ali was no good at boxing.

He won because he wasn’t, as he was the first time, physically exhausted; because the new rules suited him (he likes to be on his feet, prowling with a microphone, engaging his crowded audience); because the facts were on his side; and because Romney couldn’t remember what they were.

Also, because Romney’s IQ is thirty points lower than Obama’s, he was pretty tired, and he had changed position so many times (on abortion, on wetbacks, on coal, on medical care) that he was not secure in what he was currently supposed to believe and the agreed spin words in which he currently believed it.

Most of all, the President won it because of what might be called his aggressive nobility. Romney, who has never been to a dead young soldier’s funeral or watched with his parents the coffin come off the plane, was unwise to trigger these memories in Obama, who has suffered greatly, as humans do, over deaths he might with craven pacifistic weakness have prevented. You do not accuse Obama of misunderstanding or misrepresenting acts of war.

Romney, who has not yet had an alcoholic drink, or sex before his wedding with anyone but his wife, who was born extremely rich and proselytised from door to door a religion which excluded Negroes from heaven, had little life experience to draw on when Obama with his multicultural, multilingual, multi-racial bootstrap story of constant migration and working in the Projects had much, and seemed the adult, the grown-up, the wiser man in the room.

And the leader. What he did in this debate was the equivalent of John Kennedy in the Cuban Missile Crisis. He considered, carefully, what was at stake, and found the victory in words that no other could, in the instant reacting with vigour and wisdom, have reached for.

It was his finest hour, and it is not unfair to say that with it he probably saved the civilised world from the jackal economics and moral barbarity the Tea Party would impose upon it.