Despite what the mainstream press might have you believe, Scott Morrison has no one but himself to blame for his election loss, writes Dr Victoria Fielding.

ANY LIBERAL-NATIONAL election postmortem which blames Scott Morrison’s unsuccessful campaign on his whitewash election result is missing the point.

Morrison lost the Election when he went to Hawaii during the bushfire crisis. He had a chance to win it back during the pandemic and another chance in response to sexual assault allegations. But he’s too much of a confrontational bully to have understood that. He is too much of a bulldozer, with only one gear.

Most journalists and commentators completely missed this story because they think elections are a horse race, where nothing that happened before the starting gate matters. Rather than listening to voters, journalists stay in their group-think-echo-chamber and oversimplify their coverage to imply that it’s just the leaders’ performance in daily media conferences which decides the election outcome.

They underestimate voters’ ability to see political leaders for who they really are and to judge which party – not just which prime minister – will best serve the country. 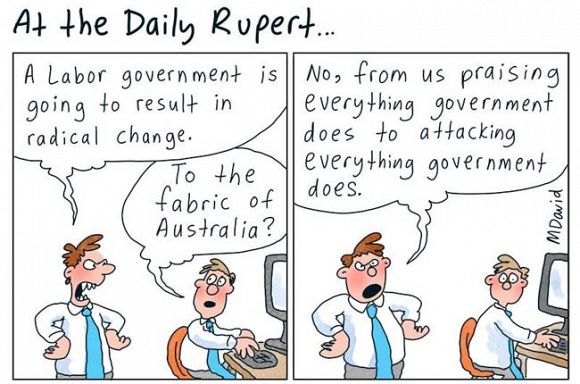 Governments, academics and others are celebrating the Morrison Government’s defeat.

Morrison’s abscondment to Hawaii showed Australians who he really is. When they needed a leader, he said he didn’t hold a hose. He couldn’t feel empathy. He only cares about himself. When he eventually returned, he never apologised. He forced traumatised victims to shake his hand for the cameras.

This cemented an image of Morrison as inept, inactive, uncaring and more interested in public relations than governing. Even more importantly, the trip was powerfully symbolic of the Liberal and Nationals’ lack of care and action on the issue voters increasingly felt anxious about: climate change.

Once political legitimacy is gone, there is little a leader can do to win it back. Former Prime Minister John Howard lost much of his legitimacy when he lied about his justification to take Australia to war in Iraq. His WorkChoices industrial overreach sealed his fate. He was thrown out of office and humiliated by losing his own seat.

The public was immediately outraged by Morrison’s Hawaii trip. You could sense a visceral alarm when people realised who the Prime Minister really was. There was a palpable sense of danger, too, that he was missing in action. He had shown he was equally cavalier about the future sustainability of the planet.

What was most fascinating at the time, was that the press gallery had been told about the holiday as per usual protocols about prime ministerial travel, but originally appeared indifferent. It was only after Samantha Maiden started digging into where he had gone and his office tried to cover it up that the rest of the media pack leapt on the story.

I remember those few days vividly. Social media was aghast about rumours of the Hawaii trip long before most journalists decided it was a problem for Morrison. The voting public has been appalled by Morrison’s lack of action on climate change for three years. Yet most journalists didn’t even talk about how Morrison’s lack of climate action would cost him votes during the election campaign. Do you see a pattern forming here?

The pandemic gave Morrison a chance to redeem his lost legitimacy. But, again, he failed at leadership. Voters saw proof that he didn’t hold a hose when he put Australia at the end of the vaccine and RATs queue. His most egregious failure was pitting states against states — NSW against Victoria and the whole country against Western Australia when he wanted borders opened before it was safe.

He told NSW he was on their side but was against everyone else who was hanging by a thread, trying to deal with the collective trauma of a deadly pandemic. The election results in Victoria and Western Australia demonstrate what voters thought of this cynical political game. Morrison’s Government was unceremoniously wiped off the political map.

The media missed the impact of Morrison’s divisive pandemic wars on the election campaign because most journalists were just as bad as Morrison. The Victorian media pack, instead of representing the interests of the public, went feral against Premier Dan Andrews and opposed health restrictions with the fervour of QAnon-anti-vaxxers. The media bias against Labor premiers and in favour of Morrison’s anti-restriction narrative showed the public the media was just like Morrison — not on its side. 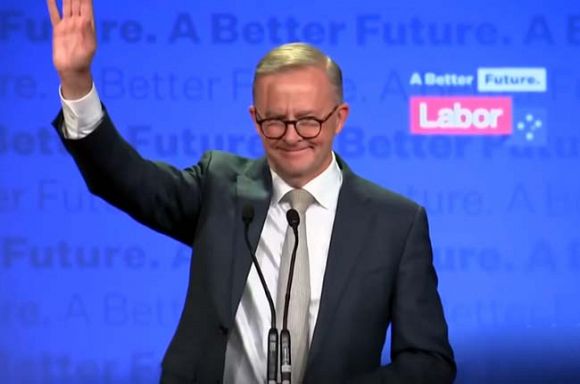 The final nail in Morrison’s political legitimacy coffin was his failure to adequately address sexual assault allegations made by Brittany Higgins, and historical allegations against his then-Attorney General, Christian Porter. When Morrison told March4Justice women they were lucky not to be “met with bullets”, it cemented what voters already knew about him. He’s not on our side, he is not equipped to deal with the problems we face and he cares for nothing more than his own political skin. The Election was already lost. Morrison had sealed his fate.

The moral of this story is that Australian political journalists who told us for six weeks that Anthony Albanese’s gaffe would decide the Election, who insisted the election “race” was too close to call all the way up until the day of the whitewash, who call their audience “trolls” for complaining about their coverage, are actually just as out of touch with Australian voters as Morrison is.

The chances of there being a reckoning over this sorry state of affairs are about as slim as someone other than Peter Dutton being the new-but-just-like-the-old leader of the Liberal Party. You can’t change what you don’t accept.