How Kevin Rudd can win the 2013 Federal Election

By Martin McMahon | 22 July 2013, 1:23pm | comments |
Martin McMahon says the public are being bombarded with Coalition lies; here he suggests a strategy for Kevin Rudd to cut down and cut through to keep Tony Abbott away from power.

RE: WINNING THE 2013 FEDERAL ELECTION 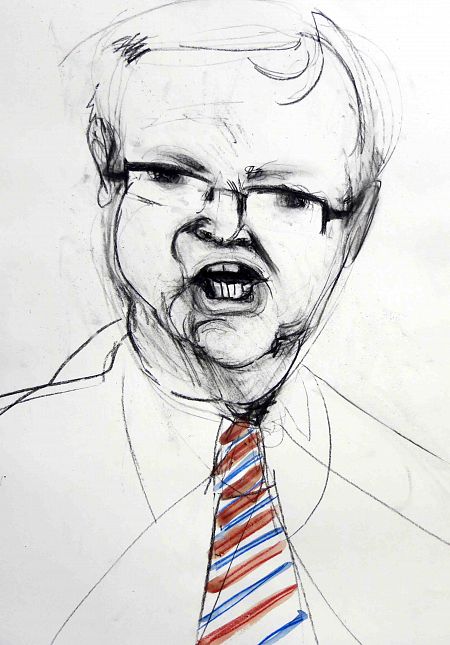 I hope you take the time to read this. I know you will know all these facts ‒ and many more besides ‒ but the general public do not know them, or are not being told them, or have forgotten them of are being bombarded with untruths. The true believers maybe know them, but nobody that I talk to knows them and I am tired of writing to radio stations and others pushing the barrow that Labor politicians should be pushing on their own.

I do not pretend to know more than your Labor Party advisors but I have been a political watcher since the days of Billy McMahon, so I do know something. I am terribly dismayed to see that the message of your party is not getting across. In particular it is distressing to see the Coalition getting away with so much lies and spin.

Even very recently, I have listened to debates and your people don’t really lay a glove on the opposition.

Whoever is telling them they can boast about ‘creating a million jobs’ is way off the track. Ordinary people’s eyes glaze over with statements like those.

Governments, for the most part, don’t ‘create jobs’ — they facilitate job creation in the private sector, at best.

You have to attack Howard’s legacy, because that is what the opposition is dining out on. They think they don’t need policies, because didn’t they stop the boats and didn’t they have a million years of budget surpluses?

Joyce in particular needs to have his rhetoric stymied. He needs to be chopped off at the knees. He needs to be made look as ridiculous as he actually is. He says the same mendacities over and over and gets away with them until the new figures become the new immutable truth.

Also, a sense of humour would cancel out some of the ridiculous questions — such as Leigh Sales question to Anthony Albanese:

You’re now the Deputy Labor Leader. You’re Mr Rudd’s number two guy. Will you step up and pull him into line if signs of the old Kevin Rudd start to emerge?

Instead of meaningless waffle to a stupid question like that the correct answer would be something like:

Well I thought I was his number one guy but, yes, of course.

Every morning I intend to put Kevin in a headlock, put his head in the toilet bowel and flush it a few times and explain to him that Leigh is afraid that you will run amuck again if I don’t do something like this. He’s a good sport and he’ll understand.

Or maybe he should stand in the corridor every morning and as we go by we can all kick him in the arse each day.


People know that it is a stupid question, like so many others, and taking the piss is the best way to show it for what it is. People yearn for a sense of humour.

And with a sense of humour, some common-sense and a bit of luck, I am confident you can keep Tony Abbott and his ragtag band out of the lodge for, at least, another three years.