TREASURER JOE HOCKEY's decision to sue Fairfax Media for defamation over the now-notorious front-page story 'Treasurer for sale' raises interesting questions about politicians suing to protect their reputation, allied with the protection of freedom of speech in Australia.

Hockey claims the newspapers in question – The Age, The Sydney Morning Herald and The Canberra Times – alleged that he accepted, or was prepared to accept, bribes; that he corruptly solicited payments in order to influence his decision and that he corruptly sold privileged access to businesspeople and lobbyists in return for donations to the Liberal Party.

A debate is underway about the balance between freedom of speech and protection against racially offensive conduct.

There similarly needs to be a debate in Australia about defamation law.

It has been reported that the headline played an important part in Hockey deciding to sue. A headline alone, however, cannot be defamatory. A basic principle of defamation law is that the matter has been read as a whole — headline and text. It will be interesting to see how the tribunal of fact deals with that issue.

Who the tribunal of fact will be in this case is also an interesting issue. Defamation cases are one of the rare remaining instances of civil litigation routinely involving juries. In most Australian states and territories, either party can elect to have a jury. In a defamation case, the jury is the tribunal of fact — so it would decide whether or not the articles are defamatory.

Most defamation cases are brought in state and territory courts, such as the Supreme Court, because defamation law is a common law cause of action, substantially affected by state or territory legislation. What is interesting about the Hockey case is that it is commenced in the Federal Court of Australia.

Defamation cases have been brought in the Federal Court before, usually as an additional claim attached to a claim clearly within federal jurisdiction, such as misleading or deceptive conduct. The recent defamation proceedings brought by pollsters Lynton Crosby and Mark Textor against former Labor MP Mike Kelly established that there was a jurisdictional basis to litigate some pure defamation claims in the Federal Court.

In the Federal Court, the presumption is in favour of trial by judge alone, but the court has the power to order trial by jury. In its nearly 40-year history, the Federal Court has only once ordered trial by jury — in a case involving a defamation claim in 2009, Ra v Nationwide News Pty Ltd. After a jury was ordered, the matter settled.

By bringing proceedings in the Federal Court, the likelihood of a jury being empanelled in Hockey’s case is reduced. On the other hand, a claim involving a public figure and a mass media outlet is the type of case that is likely to lead to at least one side seeking to empanel a jury.

Hockey’s claim also highlights the issue of politicians suing for defamation, and the extent to which political or governmental speech in Australia is free and unfettered. 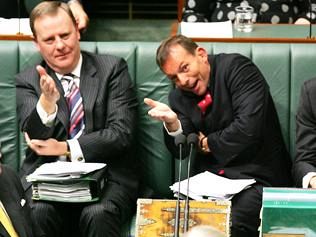 Abbott and Costello (Image via couriermail.com.au)

Now in the United States, public figures, like politicians, have very little chance of successfully suing for defamation. They would have to demonstrate that the matter was false and that the publisher was motivated by actual malice, both of which are very heavy forensic burdens to discharge.

To the extent that an Australian equivalent exists, there is an implied freedom of political communication arising from the text and structure of the Constitution. In the early 1990s, the High Court of Australia recognised this implied freedom as a necessary incident of representative democracy.

The implied freedom of political communication has had some impact on defamation law, but not to the extent that the Supreme Court’s decision in New York Times v Sullivan transformed defamation law in the US. Consequently, politicians can and still do sue for defamation in Australia.

.@JoeHockey sues Fairfax over 'Treasurer For Sale' headline, even though he tweeted the same about Kevin Rudd #auspol pic.twitter.com/rM77Dai8SR

Merely because a publication touches on a government or political matter does not provide an absolute protection for that speech under Australian defamation law. The publisher would still need to demonstrate that it acted reasonably, which, in practice, is a test often strictly applied.

It would be a radical development to suggest that politicians in Australia should be prevented entirely from suing for defamation. Most politicians exercise restraint and either never sue or would only contemplate suing in the most serious case. The issue then is really how to strike a proper balance between politicians protecting their reputation and protecting freedom of speech and freedom of the press.

Defamation law applies to all forms of communication, not just to mass media outlets. It has been around for centuries but has always protected reputation more highly than it has protected free speech. It is easier to be a plaintiff than a defendant in a defamation case.

If one is genuinely concerned about free speech, defamation law, not the Racial Discrimination Act, seems like the area most in need of reform. 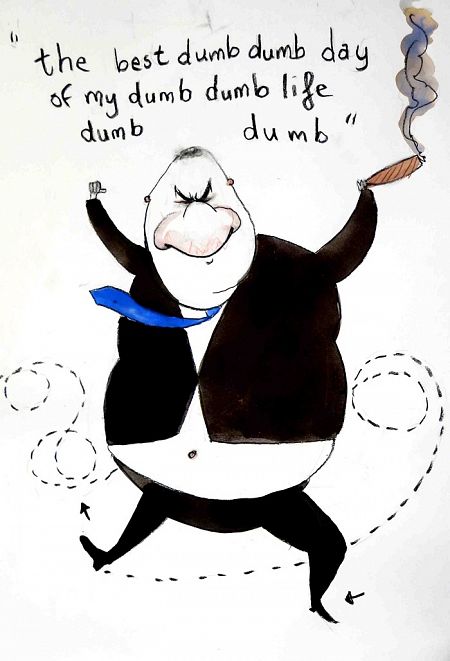