Post pandemic, it will take more than just vaccines to put us on the road to a new and ecologically sustainable normal. We need to look closely at population policy, writes Michael Bayliss.

NEW YEAR’S Eve, 2020: Australians were ready to say goodbye to a challenging and difficult 2020 while anticipating a freer and more joyous 2021.

Now that we are well into the second half of 2021, this initial optimism appears increasingly misplaced. In a short space of time, we have gone from conquering a virus to a new reality of living with COVID-19 for the long haul. Melbourne has the dubious distinction of most locked-down city in the world.

Nevertheless, the Federal Government’s "national plan" to reopen Australia, after a majority of us are vaccinated, is reflective of a collective enthusiasm to return to a new normal as soon as possible. For all of us, a return to former freedoms without the fear of battening down the hatches – again – is something that we wish to see.

However, the enthusiasm espoused by the Federal Government to return to normal is driven by a strong desire by many of our politicians to return to high Gross Domestic Product (GDP) and population growth. A read of this year’s 'Intergenerational Report' or the recent Senate Select Committee report on temporary migration reveals that they have all pushed for a return to previous years of population growth as soon as possible. 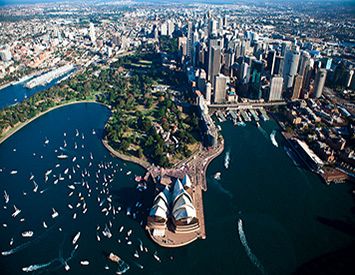 The overpopulation of Australia: We're running out of time

Our nation is in danger of becoming overpopulated in the not-too-distant future, but the solution should be resolved at a community level rather than solely by policy makers.

According to many in the business and political communities with narrow economic perspectives, this downturn in population growth is bad news. The attitude of this "growth lobby" is to double down and make up for lost time when Australia reopens.

The impacts of COVID-19 and international border closures on our society and economy bring into serious question the growth lobby’s touting of "Big Australia" as the desirable future for our country. Evidence and lived experience from COVID-19 overturns these outdated Big Australia shibboleths.

Recently, a wide range of commentators, including Reserve Bank Governor Philip Lowe and Vice-chancellor's Fellow and Professorial Fellow of Economics at the University of Melbourne Professor Ross Garnaut, have drawn attention to the contribution that low immigration has made in lowering unemployment and encouraging employers who previously relied on migrant workers, to take on Australians.

For example, despite pleas of critical shortages of farmworkers, crops have been picked and packed. Garnaut says that immigration has lowered the incomes and employment prospects of low-income Australians in particular and calls for a halving of Australia’s pre-COVID immigration intake when borders are finally re-opened.

The property and construction sectors have long advocated in favour of Big Australia to encourage a bottomless well of artificially stimulated consumer demand for housing. For those who still place great import on rising property values, they will be relieved that average house prices have still climbed significantly since the border closures. Those advocating a return to the old normal of Big Australia might like to contemplate its potential added impact on this already red-hot growth in housing prices — hardly a recipe for housing affordability.

Although the pandemic itself has impacted many for the worse, the closed borders themselves have not adversely affected day-to-day life to the degree that some economists were dreading. In many cases, border closures have offered a reprieve from a competitive job market as the economy cooled during the pandemic.

Furthermore, despite the debt, the Government has (or had) been able to fund social security payments, such as JobKeeper, without the sky falling in from the federal deficit. The case that we need population growth to balance the fiscal books seems rather outdated.

Southeastern Australia contains the nation’s highest population density with the two most populous states interconnected with an integrated and busy transport network. By contrast, Tasmania, Central and Western Australia have lower overall population densities and are separated from the southeast by extensive geographical barriers. This serves as a cautionary reminder to those whose vision of a return to normal includes populating and developing ever more of our fragile continent. 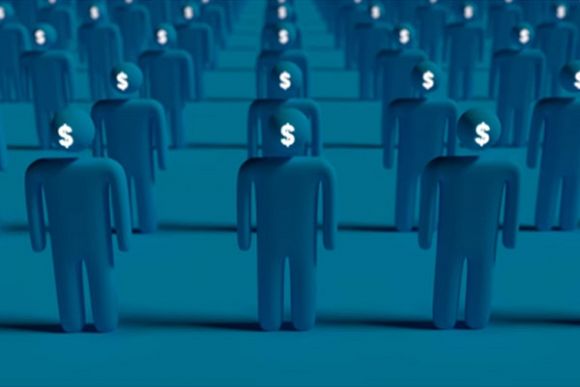 News of a fall in net overseas migration has been greeted with doom and gloom from politicians, media and most economists.

Within metropolitan areas, higher density apartment blocks have been shown to be riskier compared to lower density detached private homes. It is more difficult to isolate when living close to others, particularly in buildings with shared access ways or other communal areas. Similarly, many apartments lack private green space and may not be designed to accommodate long periods of isolation.

This is not to say that there is never a place for urban consolidation. However, there remains a persisting narrative that high-density living is a panacea for everything from suburban sprawl to a solution for energy and environmental issues.

The fact is, apartment living will become less attractive for people living in a future of persisting pandemics. In the new normal, it will become even more important for residences to have access to private or common green space with walkable access to nature. Unfortunately, most town planning decisions within capital cities continue to prioritise profit and growth over liveability.

Australia’s health sector was overwhelmed even before the pandemic. It may be the case that Western Australia has been so strict on border control due to the fact that the state’s health sector would be unable to cope with a COVID outbreak, according to the Australian Medical Association (AMA). The AMA has also indicated that Australia does not have the hospital capacity to open at an 80% vaccination rate.

It is clear that states and federal governments have funnelled mass population growth into the country while neglecting to match this growth with hospital investment. We must accept and embrace the fact that our society can never return to "the old normal". We need a new vision for a new normal; one that has at its heart ecological sustainability, a fair, post-growth economy and stable population size as part of that.

Big Australia has been nothing more than an ambition for lazy economic growth through perpetual population growth, rather than through productivity and innovation. In contrast, a stable or even slowly declining population will make it easier to manage future pandemics and transition our society to a "new normal".

It is important to view population policy as just one part of a holistic approach to how our economies, systems and lifestyles must change to live in balance with the natural world as we enter into the "decade of consequences" arising from multiple ecosystem and geopolitical crises. We can no longer be governed by those who prioritise the well-being of big business, property developers and stock market tycoons over the future of the planet.

In other words, it will take more than just vaccines to put us on the road to a new and ecologically sustainable normal.

In one year, Australia added 400,000 people. That’s like adding a city the size of Canberra. Big Australia: Are we ready? Tonight on #4Corners. pic.twitter.com/WQTbslKmuM 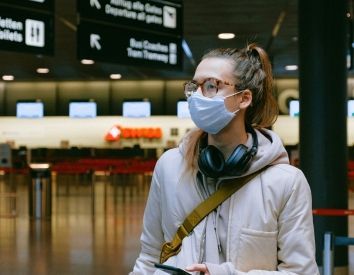 In this time of crisis, it's clear that the world's trajectory of population and economic growth isn't sustainable, writes Michael Bayliss.