Henderson, the Zygier Affair and the SMH 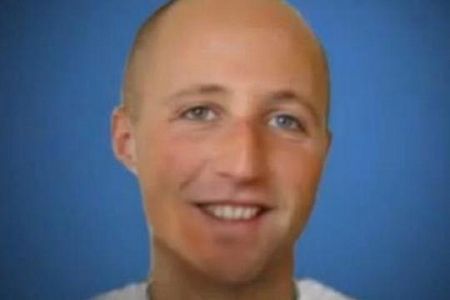 Gerard Henderson has been an uncritical supporter of Israel since being handed a regular column in the Sydney Morning Herald (and The Age until dropped in 2005) in January 1990. (I lie. In a SMH piece on 31 August 1996, ‘How Gaza can escape the poverty trap’, following a journalists’ visit to Gaza, Henderson elliptically inferred that Israel might be a small part of the problem. But that door of perception was closed many moons ago.)

Henderson is a precious intellect, a self-promoting gold standard of devotion to detail, the historical record and analytical prowess. Well, if practice indubitably makes perfect, this maxim does not apply to Henderson when the brain is decked out in pro-Israel fatigues. Henderson’s 26th February piece on the Zygier affair in the Sydney Morning Herald is Exhibit A for the prosecution.

Says Henderson, multiple uninformed people have rushed to judgment, with zero evidence, claiming that the Zygier affair raises concerns regarding the “dual loyalty” of members of the Australian Jewish community.


‘If the likes of [Law academic, Ben] Saul, or [Australian Financial Review editor, Tony] Walker, had specifically referred to the (alleged) dual loyalty, or divided loyalties, of any other group or nationality they almost certainly would have been publicly rebuked. But it seems a different standard applies when accusations are made against Jewish Australians and Australian/Israeli dual nationals.’

Well, here we have a situation where a young Australian migrates to Israel and, in the meantime, acquires multiple Australian passports under multiple names and travels to some interesting countries. But of course Tom, Dick and Harry (the same person?) do/does this all the time, an everyday occurrence. And one particular country, which can’t be named for reasons of national security, happens to be an inveterate user of other country’s passports for its intelligence work and the odd assassination. Well big deal, same as any other country. Jeez Louise, one has to break eggs if one wants to make a successful anti-terrorism omelette!

We have it from the horse’s mouth. Their word is gold. What more reliable sources can one find than this? Trust me, nothing to see here, move along folks. (One has to have a sense of humour or, perhaps, a sense of the absurd to write this stuff - and suspend disbelief to read it.)


‘The available evidence suggests Zygier was a troubled young man who committed suicide following his arrest by Israeli authorities on security-related charges.’

A dual-national arrested by Israeli authorities on security-related charges, and who subsequently dies. Absolutely an inconsequential matter of no broad import. Nothing to see here at all, move along.

And ultimately, any criticism of Israel, on any matter whatsoever, is unwarranted, indeed reprehensible, because Israel is the only democracy in the Middle East.


‘Writing on the ABC's The Drum opinion site on February 18, leftist academic Jeff Sparrow suggested Zygier might have been murdered. In the process, Sparrow compared democratic Israel with Stalin's Soviet Union …

Democratic Israel? Henderson has to keep repeating the axiom, as if he’s not quite sure of its veracity himself. In a SMH piece, 25 June 2002 (on the then carnage of suicide bombing, product of the Second Intifada), Henderson claims:


‘Whatever its faults, Israel is a democracy in the accepted sense of the term. Namely it operates under a system of representative government. Meaning that electors choose leaders who are empowered to govern for a specified period until they face the electorate again. It is a matter of fact that Israel is the only vibrant democracy in the Middle East.’

Well, deep, Gerard, deep. Even the first paragraph of the much-denigrated Wikipedia can do better than that. Rather, Israel is an ethnocracy. Apart from the imprisonment without rights of the non-Jewish residents of the Occupied Territories on account of their ethnicity, Arab Israelis sit at the back of the Israeli bus (if they’re allowed on it). Read Uri Davis’ Apartheid Israel, for example, and repeat after me …

Henderson decontextualises the scenario by asserting Zygier to be ‘a troubled young man’. What? Mental problems, a personal and family tragedy, but there’s the explanation. Zygier was a loser, who failed the test of endurance in a tough world. Nothing more to see, to explain, to investigate. The end.

Henderson, master of detail, has strangely failed to ask himself and explain (for the benefit of ill-informed readers overly dependent on disreputable sources) how Ben Zygier turned into a ‘troubled young man’ after stellar success in school, graduating in law and having a reputation as a knockabout friendly bloke.

Zygier went to Wesley College for a period, but then completed secondary school at Melbourne’s Bialik College. Bialik College, as previously noted, has as its motif the:

As I also noted, ‘It appears that Ben Zygier learnt all his lessons well, the compleat product of Bialik College’s desired socialisation.’

It appears that somewhere along the line, Zygier unlearnt his lessons and ended up dead at the hands of Israel, the entity whose well-being was at the centre of his schooling.

Even given the reams of offerings over decades of Henderson’s unstinting service to Israel, this 26th February article is particularly bilious. Apart from the fact that the article is 100 per cent disinformation, the characterisation of Zygier is shocking.

The correct line demands that Zygier be cast as martyr. Says Henderson:


'Australia is a remarkably tolerant and accepting society. Yet there has always been a degree of anti-Semitism within it. An accusation of dual loyalties against Jewish Australians from an anti-Semite is regrettable but not unexpected. When such claims are made by those who should know better, it is a matter for genuine concern.'

The anti-Semitism Joker trumps any hand of cards. And what was the response on the SMH Letters Page? This on the 27th February:


‘Gerard Henderson misses the point. Many Australians, including myself, have dual citizenship. The issue of ''divided loyalties'' is real. In practice most potential conflicts of interest are purely academic, but there are many cases where problems can arise. … To say that there is a possibility of a conflict of loyalties for someone with dual Australian-Israeli citizenship is not veiled anti-Semitism. Potential conflicts can arise for anyone with dual citizenship and the person might be unaware a conflict even exists until it is too late. Bill Tango Manly’

And this on the 28th February:


‘Bill Tango is quite right: to say there is a possibility of a conflict of loyalties for an individual with dual Australian-Israeli citizenship is not veiled anti-Semitism. But to exploit the issue to cast aspersions on the loyalties of Australian Jews as a whole is. Peter Wertheim Executive Director, Executive Council of Australian Jewry’

And that’s it. Two letters. Given that Tango did not ‘cast aspersions on the loyalties of Australian Jews as a whole’, Wertheim’s letter is a substanceless diversion. I submitted a letter on the substantive issue of dual loyalties, but the letter was not published. The Letters Page, a crucial part of public debate regarding opinion writer’s assertions, has dutifully consigned dual loyalty considerations and the death of Zygier to the ether, disappeared by the timeworn but still seemingly omnipotent anti-Semitism canard.

Subsequently, I sent an email to the SMH ReaderLink:


‘I am concerned about the paucity and character of coverage in the Letters page following the article by Gerard Henderson on the Zygier affair, 26 February. Henderson's article pushed the hoary old chestnut that claims of dual loyalty were essentially yet another round of anti-Semitism.

The single published letter of (subdued) criticism of the Henderson article (Tango. 27 February), claimed rightly that the anti-Semitism slur was unjustified. Then we have the perennial blanket disclaimer by Wertheim of the ECAJ [Executive Council of Australian Jewry] (28 February) that it is indeed all about anti-Semitism. And that's it. So it's all about anti-Semitism, nothing to see here, move along now, business as usual.

The Zygier affair is transparently about dual loyalty, as the courageous reporting by Ruth Pollard has highlighted. My letter highlighting that dual loyalty is at the heart of the Zygier affair did not get a guernsey, and I am quite sure that my submission was not the only one in that vein. …

I read in this blanket permission of the distortion of a crucial matter of Australian sovereignty to be Letters Page censorship.

As for Henderson's claim that Zygier was merely a 'troubled young man' - contemptible and despicable. Zygier was the ideal product of the pro-Israel Jewish 'faith' school system.

Nothing to see here? On the contrary.

I have for long seen the Letters Page as the most important page in the Herald. I'm on the verge of giving up on it as a waste of time.’


‘Thank you for your email we value feedback. We invite you to share your comments regarding the story 'Talk of dual-citizen disloyalty in Zygier affair simply irresponsible' with our readers via a letter to the Editor, please email letters@smh.com.au.’

Send another letter to the SMH complaining about Letters Page distortion of the issues, which of course won’t be published. We say we value feedback, but we don’t, and we aren’t going to respond to your concerns, so bugger off.

Ben Zygier is buried. So, for now, is his story. Thanks to the ABC’s Foreign Correspondent, Fairfax’ Middle East correspondent, Ruth Pollard, and social media for getting us this far. No thanks to the Israeli and Australian governments, their respective intelligence services, and to the ever-unreliable Gerard Henderson (and to his minders on the SMH Opinion page).

Flashback 2016: Whence the Commonweal: The rise of the dunces