THE PRIME MINISTER has said his government is working on “safe haven” migration options to assist Hong Kong citizens who may be in fear of persecution from the Chinese Government.

Eryk Bagshaw, writing in the Sydney Morning Herald, has suggested the Government is considering ‘Tiananmen-style visas’. These were four-year temporary protection visas (TPVs) that were provided by the Hawke Government to Chinese students who were in Australia at the time of the Tiananmen Square massacre on 4 June 1989.

On Thursday 9 July, Scott Morrison offered visa extensions to thousands of Hong Kong citizens and suspended Australia's extradition agreement with the city, but this announcement is even less generous than the four-year TPVs that the Hawke Government provided. 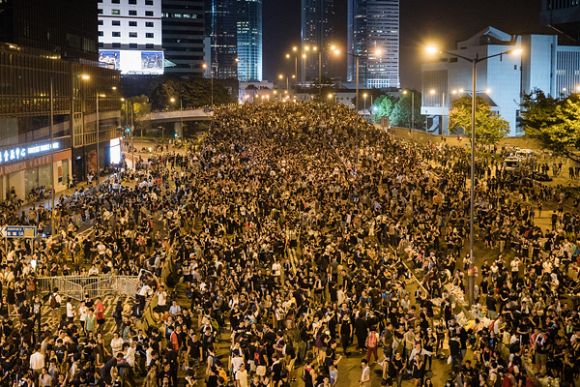 A long way to go in the struggle for Hong Kong

The democracy protests in Hong Kong are now in their second month and show no signs of slowing down.

Holders of these visas were, in 1993, allowed to apply for streamlined permanent residence visas known as the “1 November” categories.

There are approximately 15,000 Hong Kong citizens currently in Australia, some of whom may take up such an offer.

But not all will as some will be concerned that having taken up such an offer, their ability to return to Hong Kong or China may be limited — the Chinese Government may not look positively on anyone who has taken up temporary protection in Australia from them.

Holders of the Hawke Government’s four-year TPVs were provided with full work rights as well as access to Medicare and Social Security.

Offering four-year TPVs may well be attractive to the Morrison Government as it limits numbers and visa processing requirements could be kept to a minimum other than the issue of character/security checking. Given such checking requires a degree of co-operation from the Hong Kong authorities, such checks may pose a challenge unless the Morrison Government is willing to accept the risks.

Costs may also be limited as many Hong Kong citizens will be able to find employment even in the current labour market.

And given the current suspension of many parts of the migration program, places would be readily available.

No doubt there would be a hostile reaction from the Chinese Government but that seems to no longer be a concern for the Morrison Government.

But what of people currently in Hong Kong who may also fear persecution?

There are many humanitarian visas the Morrison Government could consider, but all of these require some level of co-operation from the Hong Kong authorities as well as assistance from organisations such as the UNHCR to identify those people who should be offered such visas.

This would pose serious and possibly insurmountable difficulties.

There have been suggestions the Morrison Government could modify visas in the skill stream to target citizens of Hong Kong. This would be attractive given the high skills, wealth and business acumen of many Hong Kong citizens.

While using skill stream visas may attract less criticism from the Chinese Government, it would represent a departure from Australia’s longstanding policy of not discriminating between citizens of different countries for skill stream visas.

And finally, there are the current restrictions on international movement into Australia, particularly for temporary entry visa holders. Would the Morrison Government be prepared to waive these restrictions just for citizens from Hong Kong?

Once international movement restrictions are lifted, it should be noted that citizens of Hong Kong have access to the Electronic Travel Authority (ETA).

Just about any Hong Kong citizen could enter Australia on an ETA and then apply for asylum. Hong Kong citizens also have access to demand-driven Working Holiday visas as well as having a generally low-risk rating for processing of student visas.

While the Morrison Government may be keen to assist citizens of Hong Kong with a fear of persecution, options for delivering such assistance in the short to medium term appears limited to Hong Kong citizens already in Australia.

Once restrictions on international movements are lifted, would the Morrison Government be comfortable with large numbers of Hong Kong citizens travelling to Australia and applying for asylum?

Abul Rizvi is an Independent Australia columnist and a former Deputy Secretary of the Department of Immigration, currently undertaking a PhD on Australia’s immigration policies. You can follow Abul on Twitter @RizviAbul 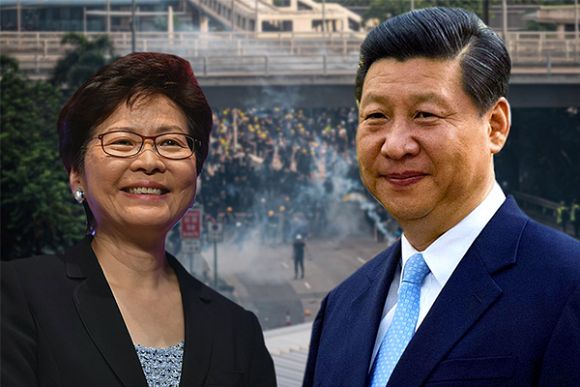 The last days of Hong Kong

Tragically, the turmoil in Hong Kong can only end badly and whatever happens, Hong Kong will never be the same again.