Josh Frydenberg invited veterans and health professionals to submit cost-free proposals in what appears to be an agreement to cease the Veteran Suicide Royal Commission, writes Hayden O'Connor.

RECENTLY ACQUIRED EMAILS suggest that Treasurer Josh Frydenberg attempted to bribe veterans and health professionals on behalf of the Morrison Government, in a desperate “whatever it takes” attempt to avoid the establishment of a Royal Commission into Defence and Veteran Suicide.

The emails reveal that in the first of two private meetings, Frydenberg instructed the veterans and health professionals in attendance to put forward their wish list to Health Minister Greg Hunt for approval. In the meeting, Frydenberg made it perfectly clear to attendees that cost was not an issue. It was essentially a free-for-all. Ask and you shall receive.

Leading advocate for establishing the Royal Commission, Julie-Ann Finney, was made aware of these meetings when some of the veterans and health professionals called her after they met with Hunt. They tried to persuade Finney into dropping her fight for a Royal Commission, citing what had been promised to them by Frydenberg and Hunt as their reasons.

When Julie-Ann Finney revealed her knowledge of these two meetings in The Advertiser on 16 January 2020, she alleged Frydenberg instantly called her, angrily demanding that she retract her comments and reveal who told her about the meetings. Fortunately for Josh Frydenberg and the Liberal Party, the piece was published online as a subscriber-only story and did not gain any national traction or coverage.

Now that the Royal Commission has been officially called, Julie-Ann Finney feels that she is free to speak publicly on the dodgy deals and bullying that occurred during her fight for a royal commission.

Emails obtained from Finney, provided to her by an Afghanistan Veteran, detail the summary of a meeting that took place on 12 December 2019 in Frydenberg’s electorate office. The meeting was set up by former Governor-General Sir Peter Cosgrove and included veterans and health professionals as well as Josh Frydenberg and his advisers.

‘He [Frydenberg] has requested, after the Hunt meeting, that we then send to the Treasurer a list of the services we propose to fill gaps in current care. Further, he advised that we do not need to cost our requests in the summary. He indicated that support from Minister Hunt is essential. Once secured, Minister Hunt and Treasurer Frydenberg will present our proposals to Cabinet before the next Budget.’

Whilst the email summary doesn't explicitly state the existence of a bribe or quid pro quo agreement, the veterans and health professionals in attendance would surely have no other reason to request that Julie-Ann Finney end her fight for a royal commission.

Even though the story revealing the existence of these meetings didn’t go further than The Advertiser, Finney claims that Josh Frydenberg called her on the day the article was published and that he was not very happy, demanding that she retract the comments made in The Advertiser:

Josh Frydenberg called me on the day my comments were published in The Advertiser, I don’t recall the exact wording, but he said words to the effect of:

“I need the names of the people you are getting your information from” and “You need to retract your statements in The Advertiser article”.

I told him: “No names, these people trust me, they don't trust you” and “no, I will not retract my statements, but I will let the journalist know that you asked me to”. 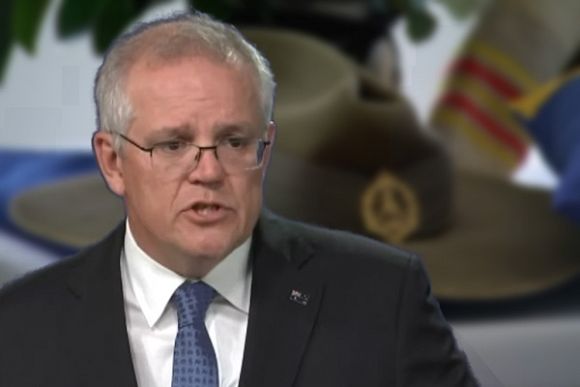 Veteran suicide: The ADF and its problem with masculine culture

Alarmingly, some of the worst contributing factors of male veteran suicide are systemic to the ADF itself.

Finney claims that Frydenberg instantly ended the phone call after realising that she would not comply with his demands. This conversation concluded without him offering any condolences for the passing of her Navy Officer son, David Finney, who tragically took his own life.

Finney was disgusted with Frydenberg’s behaviour and his complete lack of compassion:

‘No matter what I do, I’m still a mother who is only fighting because of her son; not for him, he’s dead, but because of him. He can save other lives and I did not deserve that [from Frydenberg].’

The claim that Frydenberg called Julie-Ann Finney in an attempt to bully her into retracting her comments adds credibility to the recent claim made by Julia Banks that he – whilst acting as a “bully boy” for Prime Minister Scott Morrison – live texted his conversation with Julia Banks to Sky News.

Julie-Ann Finney also stated that she lays no blame on the group of health professionals and veterans who attended the meetings with Frydenberg and then Hunt and that her issue resides with the Morrison Government and their disregard for the best interest of veterans.

Evidently, if the Morrison Government was truly serious about taking care of veterans, then filling the gaps in current care would be a priority and the proposals presented to Frydenberg and Hunt would have been assessed and implemented regardless of whether a royal commission was established.