Former tennis player Sam Groth has been selected as the Liberal Party candidate for Nepean, but his policy platform seems to not go beyond a dislike of lockdowns, writes Hayden O'Connor.

DURING THE COVID-19 PANDEMIC, Sam Groth was just another celebrity complaining about lockdowns on Twitter. He is now the endorsed Liberal Party candidate for the seat of Nepean.

If the Victorian Liberal Party wants to continue the damage done to their Party by the negative, let it rip, health advice undermining of MP Michael O’Brien and now Party Leader Matthew Guy, then the Liberal Party has pre-selected the perfect candidate.

Whilst Groth’s complaints on lockdown and COVID restrictions haven’t been as frequent as some others, he has expressed on Twitter some truly tone-deaf opinions and his pre-selection bid was supported by well-known opponents of lockdowns in Treasurer Josh Frydenberg, Jeff Kennett and MP James Newbury. Given this support, it seems fitting and is surely no surprise that Sam Groth cites the six lockdowns endured by Victorians as his reason for running. 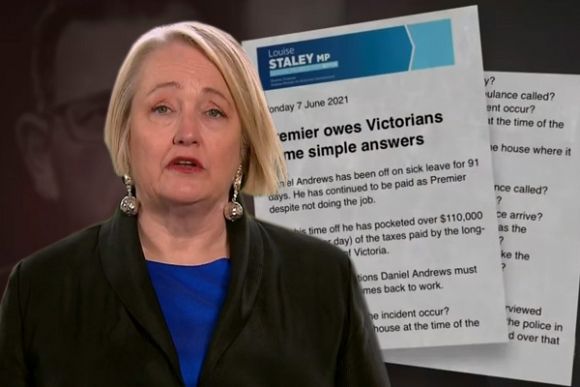 Opposition to lockdowns appears to be Sam Groth’s only concern and policy platform as a candidate, confirming that the Victorian Liberal Party has clearly learnt nothing during these past few years.

Despite the constant negativity and “let it rip” cries from the media, certain federal politicians and the Victorian Liberal Party, Victorian Premier Daniel Andrews’ popularity has remained strong. The Age reported in late January that support for the State Labor Government was near its highest level since the last Election. Given this, continuing down the anti-lockdown “policy” path when future lockdowns appear to be extremely unlikely is simply politically stupid.

Despite a very limited anti-lockdown platform and having only moved to the electorate in 2020, the star power and name recognition of Sam Groth might be enough to see him reclaim Nepean for the Liberal Party. First-term MP Chris Brayne won the seat of Nepean for Labor in the 2018 Election but only by a margin of 767 votes.

However, even if Groth was to win the seat, as a tennis player turned commentator turned politician, voters are likely to see Groth as another candidate with no “real life” experience — which is exactly the type of politician that voters are sick of. Combine this with his opposition to COVID restrictions and you have a unique combination that might turn voters off the Liberal Party in other electorates. Victorian Liberals clearly need every vote they can get if the recent polls are anything to go by. 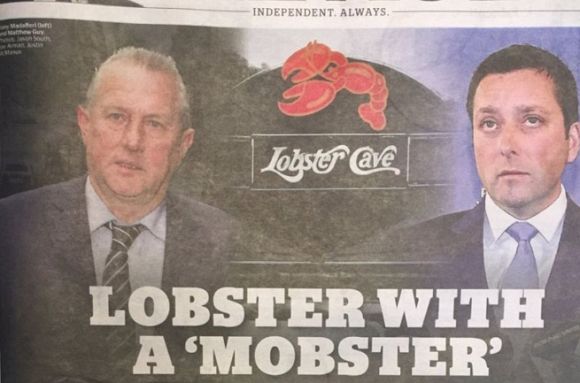 Since reclaiming his position as leader of the Victorian Liberal Party, much is being discussed about Matthew Guy's past controversies.

Politicians are supposed to improve the lives of their constituents; that’s the general intention claimed by candidates when they stand up to enter politics and this intention is expressed by a concern or a passion in policy areas such as education, transport or health. All Sam Groth appears to have is anger at restrictions that impacted him personally, even though they saved lives.

Groth didn’t even cite traditional Liberal policy areas such as fiscal responsibility, cutting red tape or helping small businesses as a reason for running. Voters in the seat of Nepean would do well to ask themselves what use, if any, is Sam Groth to them as a representative at a time when COVID restrictions continue to ease and lockdowns appear to be a thing of the past.

In addition to Groth’s complete absence of any legitimate policy positions, his integrity could also be questioned. It was reported in December 2021 that he was considering a tilt at pre-selection for the seat of Nepean, having been personally headhunted by Party leader Matthew Guy. Despite this intention, Groth went on to commentate the Australian Open for Channel 9 — a great way for anyone to keep themselves relevant and raise their profile before a shot at a political campaign.

Naturally, Channel 9 was happy to report on Groth’s pre-selection in a positive fashion and voters shouldn’t hold their breath expecting Groth’s former employer to provide balanced coverage of his political career.

Whilst commentating the Australian Open for Channel 9 in itself might not raise eyebrows for many Australians, if Sam Groth wanted to avoid his integrity being questioned, he shouldn’t have interviewed and promoted Josh Frydenberg on national TV whilst receiving his support for pre-selection.