On the other hand, he reduced Australia’s contribution to the United Nations Relief and Works Agency for Palestine Refugees (UNRWA) from $20 million to $10 million, as reported in the Australian Jewish News.

This is in addition to the $10 million Frydenberg gave last year to Melbourne’s Jewish Holocaust Centre and the millions of dollars federal and state governments have given throughout the years to Holocaust museums in Melbourne and Sydney.

On top of this, Queensland's former Liberal National Party Leader Deb Frecklington had pledged to match the $3.5 million grant if she won Queensland’s October 31 Election.

The Jewish community is one of the wealthiest communities in Australia, sending tens of millions of tax-exempt dollars to Israel every year.

Frydenberg stated the museum would:

'Allow every South Australian child to learn about this tragic period … about the importance of tolerance and humanity.'

Evidently, Frydenberg’s tolerance and humanity does not extend to the over six million Palestinian refugees who are tragically ethnically cleansed from their homeland and denied their right to return just because they are not "Jews".

While local Jewish leaders welcomed his generosity to build more Holocaust museums, they unashamedly praised his punishment to the health, education, work and social wellbeing of six million Palestinian refugees.

'It is time for UNRWA to be wound up … this reduction in funding is a positive step.'

UNRWA was established by the UN following the ethnic cleansing of over 70 per cent of the Palestinian people in 1948. It was designed to support the refugees’ wellbeing and provides health, education and other services in 61 refugee camps scattered throughout the West Bank, Gaza, Syria, Lebanon and Jordan.

The UNRWA supports those refugees until they can return to their homeland in accordance with international law and existing UN resolutions, particularly General Assembly Resolution 194, which gives the refugees the right to return and compensation for those who do not choose to return. 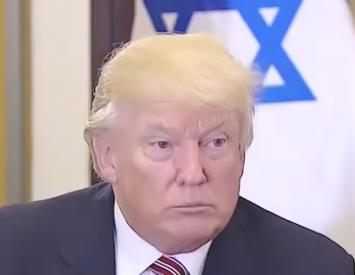 At the moment, the Palestinian people need global support. Cutting funding is not the answer to resolving its problems.

Israel and its Zionist lobbies are launching a war to starve UNRWA from its international funding and destroy it. Their aim is to keep the Nazi crimes of the Holocaust alive and never forgotten, and on the other hand, to obliterate Israel’s crimes of the Nakba ("catastrophe").

They use the Nazi crimes as a cover-up on their crime against the Palestinians.

The late Sir Gerald Kaufman, a British MP, summarised this in a speech in the House of Commons on 15 January 2009 saying:

My grandmother did not die to provide cover for Israeli soldiers murdering Palestinian grandmothers in Gaza. The current Israeli Government ruthlessly and cynically exploit the continuing guilt among gentiles over the slaughter of Jews in the Holocaust as justification for their murder of Palestinians. The implication is that Jewish lives are precious, but the lives of Palestinians do not count.

Israel is still employing the cause of the Holocaust to justify the occupation and gain the sympathy of global public opinion. Israel has been trying to invest in this cause since the 1970s in order to redeem its public image and distract the world from the violations committed against the Palestinian people. Israelis are always trying to raise this issue to suggest that Israel is threatened.

As victims of over seventy-two years of horrendous crimes, oppression, racial discrimination and dispossession, we sympathise with victims of the Holocaust. But their suffering should not be used by the Zionists to continue their denial of our legitimate and inalienable right to return to our homeland.

Zionists are using Australia to serve their interest in their war against the Palestinian people. All this is kept away from the Australian public, who would be appalled to learn what they are doing. 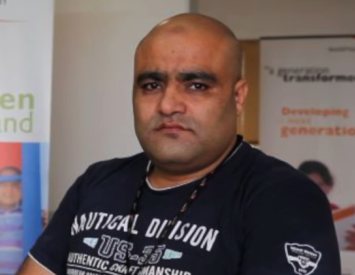 The Morrison Government is gaining notoriety for leaving people behind.

While there are many Jewish-run Holocaust museums in Australia, funded by millions of tax dollars from federal and state governments, there is not one single Indigenous museum to show the war of annihilation waged against them by the British colonialists.

Nor is there a museum to show the Nakba inflicted on the Palestinians by the British and Zionist coalition which Australia played a major part in.

Why doesn't Frydenberg and the Federal Government give the Indigenous people of Australia and the Palestinian community an equal amount to establish museums so Australian children can learn about these crimes against humanity and about the importance of tolerance and humanity?

The answer to that is for everyone to think about.