FLASHBACK 2021: The Liberal Government doesn't care if you die

COVID cases and deaths are soaring, mask mandates are being considered again and conspiracy theorists insist the pandemic is over.

In this article from 2021, Dr Jennifer Wilson analysed the Liberal Government's tactic to reopen our country — by leaving us to fend for ourselves, escalating the problem.

NEW SOUTH WALES PREMIER Gladys Berejiklian has mastered the challenging technique of announcing COVID-19 case numbers and deaths in a manner so upbeat it verges on jollity.

There is no gravity in her presentation, no tone that conveys respect for the suffering and death endured. Indeed, it is a darkly impressive performance of coached empathy and necessary, if fleeting, regret.

So it should have come as no surprise when last week she stated that:

“Death is horrible but we also need to put things into perspective...”

It was shocking, even by her standards. Just going to leave this here for the record… pic.twitter.com/uWk6UqQAjU

The use of the word “but” negates whatever has gone before, as everyone knows.

It takes away all the significance of the statement that precedes it, so what Berejiklian is actually saying is death isn’t that horrible and furthermore, it isn’t as important as everything that comes after the “but,” which in this instance was:

In short, death is preferable to temporarily losing your freedom — provided it isn’t you who dies, of course.

On the same day, Prime Minister Scott Morrison was out and about similarly spruiking the insignificance of death. Like Berejiklian, he couched it in terms of death versus the freedom to live an ordinary life. Mr Morrison used as his example the casual observation that ending lockdowns would result in deaths — but hey, on the upside, you’ll be allowed to go to the funerals.

"Sadly they'll have funerals but people will be able to attend them. Worshipers can go back to church, picnics can take place in bigger numbers.”

"Sadly they will have funerals but people will be able to attend them. Worshipers can go back to church, picnics can take place in bigger numbers." Trying to get answers out of Scott Morrison on the covid-19 modeling for hospitalisations & deaths moving forward. #auspol pic.twitter.com/YfiMNEsHxG

Note the cagey positioning of funerals with expanded picnics and Sunday service. They really are commensurate, is Morrison’s message. You really don’t need to accord funerals more significance.

It is no coincidence that both Liberal leaders spent their day in orchestrated efforts to minimise death. It is the prospect of death – in particular, one’s own or that of a loved one – that keeps many people supportive of lockdowns and the Liberals do not want you supporting lockdowns.

In the liberal brain, the answer to the obstruction to freedom allegedly represented by death is to get people a lot more sanguine about dying. Your loved one might die, horribly, when the country opens up but look on the bright side — you’ll be able to go to their funeral.

It’s noteworthy that neither Berejiklian nor Morrison appear to consider it could be them or their loved ones who will die a terrified, lonely death from COVID-19. Otherwise, they surely could not be so relaxed about the prospect. Could they? 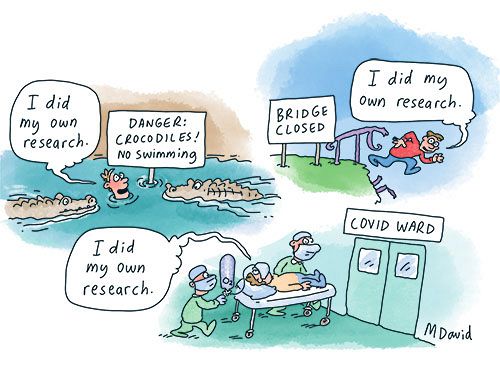 As usual, when the political class declare “some people will die,” they are not referring to people like them.

Morrison’s current narrative presumes a binary in which death or freedom is the only option. We are asked to accept that the only road to freedom is agreeing that others must die. How many deaths are acceptable in the pursuit of this freedom is the question that inevitably results from the binary? It is a question that ought to chill the heart. Even more chilling, who will determine that number and how?

Morrison’s chosen binary should surprise no one who is at all acquainted with his religious fanaticism. In the Prime Minister’s particular Pentecostal cult it is a tenet that there are those who will be saved and those who will not, determined by their allegiance or otherwise to the Christian god. The spiritual allegiance is rewarded materially, with health and prosperity. This belief marries well with the neoliberal philosophy of a natural hierarchy of winners and losers.

So, to clarify: Gladys’ mockdown & contact tracing have gone to shit, virus now outa control, Morrison still hasn’t fixed vaccine or quarantine issue, but not to worry because we can soon go to funerals & have picnics?
Oh, and it’s Qld, WA & Vic’s fault.
Have I missed anything?

Of course, Morrison’s binary is a false one — he has never been skilled at nuance. Yes, it is true that people will continue to die from the virus. Yes, it is true that lockdowns can protect us from infection and death. But what can also protect us from infection and death is vaccination and quarantine. Morrison has spectacularly failed to ensure adequate provision of either measure, leaving the entire country frighteningly vulnerable.

Unable to admit this failure, Morrison has embarked on a global trawl for soon-to-expire Pfizer doses. Thus far, he has managed to beg supplies from Poland, Singapore and the United Kingdom, all countries that, lucky for us, did ensure adequate and timely supply for their citizens.

Instead of acknowledging and addressing his own stupendous failures, Mr Morrison, with the assistance of the NSW Premier, has opted instead to persuade us that death from COVID-19 is inevitable (for some people) and compared with reinstating our freedoms, largely unremarkable.

There was never going to be a situation in which there were no deaths. Nobody expects that. However, when so little has been done by the Federal Government to mitigate COVID-19 deaths, it is extremely alarming that the Morrison strategy is to desensitise people to suffering and death, rather than make an all-out effort to introduce every protection against those outcomes.

When your government starts selling you death as the option, it’s probably time to get concerned. 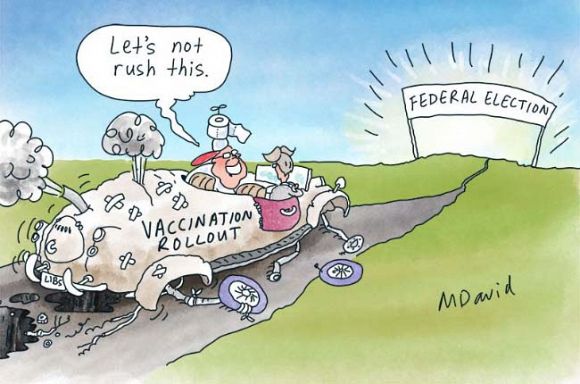 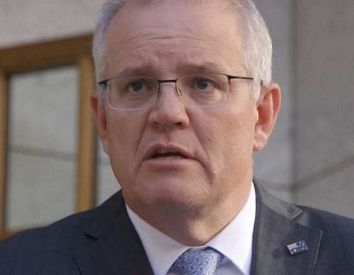