Expunging the commonweal from the Commonwealth Bank

'I was visited in a dream last night by one of my distant forebears who was appalled at how the Commonwealth Bank has lost its moral compass. He requested they refrain from using the prefix "Common" (as in "the people") and simply refer to themselves from here on in as the "Wealth Bank".'

WHAT'S in a name?

In June 1936, a letter under Prime Minister Joe Lyon’s name was addressed to the premiers:

It has been brought under notice that it is becoming a common practice to incorporate the word: "Commonwealth" in the names of trading companies, and a case recently came under notice in which the words "Commonwealth of Australia" were incorporated as part of the name of a company.

My Government considers this practice objectionable on the ground that it may give rise to the impression that such companies are in some way connected with the Commonwealth Government. The use of the words "Commonwealth of Australia" is particular objectionable.

For decades following, both State and Federal governments attempted to deny private companies the use of the word "Commonwealth" in their company name. Company registration was generally a state matter, but the Federal government retained control over the ACT and the Northern Territory. Only under special circumstances could approval be given by the governor general or the State governors.

A problem was that, by the 1930s, several dozen companies were already registered with "Commonwealth" in their title. This list even included some minor companies such as the Commonwealth Catering Co Pty Ltd — theatre suppliers and vendors of the iconic Peters Ice Cream. But any time such a company wanted to incorporate in another state or territory, it faced the new restrictions.

Some companies managed to retain their name, such as Commonwealth Steel, formed in Newcastle in 1918 (what remains is now part of Arrium).

Ditto the Commonwealth Aircraft Corporation. I always thought that the CAC was a government instrumentality — one can sympathise with the then governments’ concerns. But no, it was a private consortium led by BHP’s Essington Lewis, established in 1936. The real government instrumentality was Government Aircraft Factories, located next to CAC at Fisherman’s Bend, Victoria. The CAC was, however, established with the public interest in mind — airplane production for the war effort. (The CAC was sold to Hawker de Havilland in 1985, which was in turn absorbed by Boeing in 2000.)

The company, Commonwealth Industrial Gases, had a hard time of it. The company dates from 1935, but under its original local incarnation from 1912, when the company attempted to expand into the Northern Territory in the late 1950s, the Federal government said no, why don’t you call yourself CIG instead. Not interested. The company lobbied the government year after year, until the government relented in 1964. (After all that, the proudly named Commonwealth Industrial Gases was absorbed into its then parent company, BOC, in 1990.)

If governments compromised on their principles with extant private companies, they remained resolute on companies privatised from government ownership and control.

Commonwealth Engineering, previously a private company under another name, was effectively nationalised during World War II for the war effort, this being formalised in 1946. The Federal Government changed the name to Commonwealth Engineering in the takeover. The company, manufacturer of rolling stock, was subsequently privatised in 1957. But at some stage its name was changed to Comeng. (Comeng has now disappeared, broken up and dismantled or sold off to a succession of multinational companies, as befits a nation that sees its "comparative advantage" lying only in rural and mineral production.)

The story of the Commonwealth Handling Equipment Pool (CHEP) is exemplary. The Pool was initially established with wharf materials handling equipment left behind from U.S. Lendlease implantation during World War II. In conjunction with the "brains" established in a materials handling bureau within the newly created Division of Industrial Development (within the Federal Department of Post-War Reconstruction) the Pool attempted to revolutionise the then primitive arena of materials handling logistics. 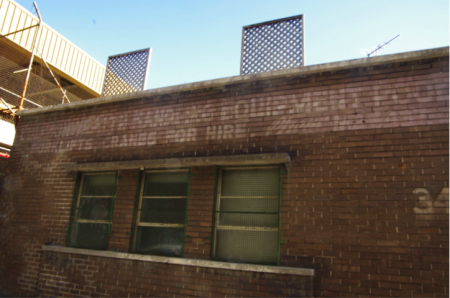 The Pool’s activities took off with the gradual acquisition of the revolutionary forklift and what became the "standard pallet" of 46 inches square, devised by Bureau personnel. I have written about this now forgotten phenomenon in a 2001 article. Ironically, a local relic faintly survives on the wall of a Sydney Council depot in Wattle St Ultimo – an advertisement for ‘forklifts, cranes for hire, phone MA6437’. The wall and the memory will soon disappear before the inevitable high rise residential development.

Bob Menzies, elected Prime Minister in December 1949, was under pressure from his party’s right wing to vanquish Labor’s legacy. Menzies gave them a handful of privatisations, including Commonwealth Oil Refineries (COR) and the Pool, to shut them up — and then moved to marginalise their influence.

There then followed a long defence of the Pool from staff and Parliamentary supporters for its retention in public hands. But privatisation was also being pushed by the Federal Treasury and the Public Service Board, which decreed that ensuring private sector efficiency was none of the Government’s business! Thus was the Pool finally privatised in 1956 and sold to up-and-coming transport company Brambles, whose directors saw a sure fire profit earner.

This is the crucial bit. Brambles acquired not the Commonwealth Handling Equipment Pool but CHEP. The word "commonwealth" was out of bounds. The next time you see a pile of blue CHEP pallets outside a business, register an unacknowledged debt to a bunch of public servants dedicated to enhancing the economy’s productivity. The commonweal is retained in the CHEP pallet’s DNA.

Fast forward to the Hawke/Keating Government, committed to "economic reform", with ideological pressure from the financial media and a mutual love affair with the madcap Industry Commission (the Industries Assistance Commission, renamed with an expanded brief, now the Productivity Commission).

Privatising the Commonwealth Bank must stand as the greatest act of bastardry by a Labor government.

Keating privatised the Commonwealth Serum Laboratories, established during World War I, in 1994. The privatised entity became CSL. The word "Commonwealth" has been purposely disappeared. As with CHEP, the privatised company was henceforth now in pursuit of profit rather than the public interest. Its public role had now been obliterated.

Now here is the strange thing.

The Commonwealth Bank was privatised in three stages: 1991, 1993 and 1996. That is, it was being privatised by Keating, successively as Treasurer and Prime Minister, at the same time as was the Commonwealth Serum Laboratories.

But the Commonwealth Bank retained its name. What? Why? No documentation is publicly available on this matter. Thanks to the forensic work of economist John Quiggin, we know at least that the bank was privatised too cheaply.

More fundamentally, Keating handed over a large deposit base and an extensive branch structure that was quintessentially the result of the bank’s public character. As I noted in April 2012:

'[CEO David] Murray got the bank cheaply and inherited a cash cow, sourced from the deposits and savings of thousands of low income earners, kiddies, members of the armed forces, and social security recipients. He acquired the goodwill of the Commonwealth Bank for nothing.'

A significant part of that goodwill was in the name and the "brand" — and Keating defied convention in handing it over.

Does CommBank have a culture of criminality? "The dark side of the Commonwealth Bank Part 1" https://t.co/3v87BvGk8L #auspol #fedICACnow

As I noted in my three-part ‘The Dark Side of the Commonwealth Bank’, the CBA has been consistently involved in malpractice against its customers since the dawn of financial deregulation — that is, beginning before its privatisation.

The CBA’s substantial involvement in foreign currency loans in the early 1980s, under the slack administration of CEO Vern Christie (1981-87), was the first indication of unfortunate things to come. Don Sanders (CEO 1987-92) presided over the cover-up of the foreign currency loan scandal and a period of diversification of corrupt practices against small business borrowers.

The corrupt foreclosure of Tony Rigg’s Nowra-based steel frame manufacturing business is representative. The Rigg story is summarised in his submission (No 15) to the 2015-16 Joint Committee Impairment of Customer Loans Inquiry. Rigg and his wife are still seeking redress for this injustice.

But the turning point was the role of CEO David Murray (1992-2005) and chief general counsel Les Taylor. Murray was de facto running the show before he formally became CEO. Murray and Taylor took pride in moving to "commercialise" the bank’s culture and practices. They succeeded in institutionalising a "profit regardless" culture that has flourished ever since.

Great for the shareholders; from inconvenience (widespread bank branch closures and retrenchment), to a disaster for the customers. All with the connivance and tolerance of the regulators and relevant bureaucrats, the judiciary and the political class.

Thus we had Murray’s destruction of the iconic Commonwealth Development Bank during the 1990s and the corrupt treatment of its borrowers. In the early 2000s, we had the exposure of the secretive parallel accounting system ("shadow ledgers"), by which the bank processed defaulted customers to maximum advantage, leading to a Parliamentary Inquiry specifically into the CBA. Also in the early 2000s, there was unrepentant involvement in the Gold Coast property marketing scam. Add in ongoing behind-the scenes bastardry against small business and farmer customers.

All these peccadilloes were encores for the post-2008 decade high-class spectacles, including the criminal

In short, the Murray/Taylor agenda has led to nothing less than the extirpation of the commonweal from the CBA’s DNA.

Some years ago, I had an exchange with a man who had joined the CBA with an optimistic vision of a career future but who had resigned in disgust. He claimed that the culture was stultifying, with strong top-down directives and a denial of feedback or input from below.

This person’s response was a classic reflection of Albert Hirschman’s Exit-Voice dichotomy. If one can’t voice one’s concerns to instigate reform from within, the only option is to get out. The denial of voice is most forcibly reflected in CBA management’s brutal treatment of Comminsure’s chief medical officer Dr Benjamin Koh, when his concerns regarding corrupt practices were ignored and he was forced to become a whistleblower.

As a consequence, no reform of the corrupt culture takes place, that entrenched culture engendering ongoing incompetence and malpractice.

The Commonwealth Bank of Australia is inaptly named. Ironically, management itself wants to sideline the "Commonwealth" label for the catchy CommBank. It’s only one step away from the more accurate "ConBank".

In the meantime, the regulatory authorities should force on the CBA a name change that Keating declined to effect. No doubt the management and board would squeal about the theft of the company’s goodwill assets, but a goodwill that this Bank should never have been given in the first place.