Diggers in Afghanistan have aimed their moral firepower on politicians, to protect families, wounded mates, poverty-stricken elderly veterans and war widows back home.

On ABC radio this morning, announcing a Bushmaster military vehicle had lost a wheel in an incident in Afghanistan, Houston said every day he'd worried about waking up to bad news from Afghanistan.

The families of 27 dead Australian soldiers and 181 wounded personnel know all about that. 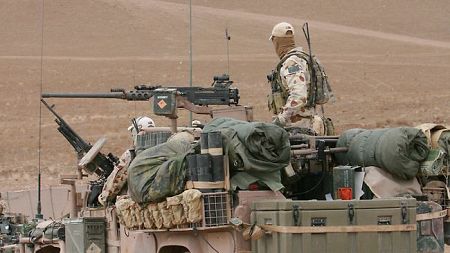 Dead or alive, in pensions and benefits, the Digger isn't worth much to the Government, the Greens or the body politic.

They are worth more to the Taliban and Al-Qaeda.

‘Khaki Spring' movement within the ADF family and its growing supporters.

For 'Khaki' think Air Force and Navy as well as Army.

Despite pleadings from Brigadier (R'td) Neil Weekes and other elders to "keep your heads down" and allow 'the old blokes' to keep the home fires burning, frustrated soldiers in Afghanistan and elsewhere have had a gutful at the way their military family is being treated with contempt by Labor, political warlords and bean counters.

From the onset of this 'Fair Go' campaign, veterans have counselled serving men and women not to jeopardise careers; cognizant of the habit of targeting whistleblowers with vindictive retaliation.


DIGGERS KEEP BUMS DOWN – OLD FARTS PROUD OF YOU

In hundreds of emailouts, Vietnam Veteran Weekes, holder of the Military Cross, implored our Diggers in Afghanistan to "...please keep your heads down and your bums even further.

“Take care over there. Us old farts are very proud of you. "

The 'old farts' are not alone in that sentiment but, judging by the indecently stingy monies it pays defence widows, the Gillard Government and those who voted down the FIB do not share it.

In an act of sweet insubordination the 'youngies' are not prepared to let veterans shoulder the burden alone. What else do you expect from our finest?

No names. No pack drill. From Afghanistan, Timor and elsewhere Diggers have answered the call to alms.

The writer provided extraordinary financial forensic equations, preparing an explanatory graph based on his personal situation and comparing Defence Force Retirement Funds with that of politicians.

Pointing out that that older diggers are particularly disadvantaged because they are still entangled in 'dead' schemes, the letter states:

The truth is, the recipients to these now closed schemes are literally a dying breed.

The DFRB Scheme closed 39 years ago; the DFRDB Scheme was closed 20 years ago.

“Salary was taxed then [at a] 5.5% deduction of superannuation payments.

"These two schemes have an ever decreasing number of members in the prime of their life.

"The Politicians’ scheme is never ending as the additions are continuing to rise."

WE ARE A DYING GROUP

"When is the forecast year that the DFRB and DFRDB will have no surviving members and the scheme closes? We are a dying group so how can we be the cause of a Multi-Billion dollar Black hole in the Budget if the methodology was changed to give members a Fair Go?" 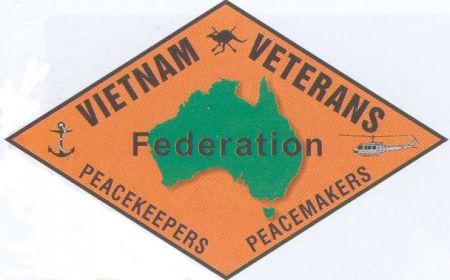 In black(hole) humour, the writer recounts a wry joke about the Queen's Congratulatory Message to Centenarians and how pensioners will get one from the Federal Treasurer (Wayne Swan) saying “Drop dead you bastard you are causing a black hole in the budget."

Not as big a hole as the one in David Jamison's heart.

The National President of the Defence Force Welfare Association, Jamison AM has publicly disgorged his contempt for this Government. To say he feels betrayed is an understatement.

"Just prior to the last election we started the Fair Go! Campaign to try to influence political party policy platforms. We succeeded with all bar the ALP and...they managed to stifle the attempt in Parliament to take even the first step in removing the discriminatory measures in our ADF superannuation schemes.

"We rely on the "goodwill" of parliament expressed through Government action for our service conditions and support post service, particularly for our veterans who have suffered physical, emotional and mental damage as a result of their service to the Nation.

"The lack of respect and support for our serving and former serving ADF members by politicians has never been so evident as it is now.

"We have men and women from all three services deployed on operations in Afghanistan who are doing us all proud but they are paying a price which is all too evident...

"What we don't hear...about is the unseen damage done to the emotional and mental state of these men and women as a result of their operational service which in some cases lasts a lifetime.

"The flippant way the Government treats its responsibilities towards our service people adds an additional dimension to the burden these men and women carry."

SENATOR PENNY — IN FOR A POUNDING

“The Gillard Labor Government's acceptance of fair indexation in the House of Representatives and then its rejection in the Senate says it all and Senator Wong's contribution to the Fair Indexation Bill reinforces this."

In for a Penny, in for a pounding.

"She spent the overwhelming part of her speech attacking the Coalition, some time lecturing all and sundry about government spending priorities and a passing reference or two on the actual bill itself.

"It is no wonder the defence community is up in arms!"

Intelligence Analyst Bill Bowser OAM has come out fighting in defence of his brethren and like many in this tale of political treachery he has no compunction in telling it like it was and is.

"During the Vietnam War the Prime Minister of the day and the Leader of the Opposition and the Minister for the Army never attended the funerals of the soldiers killed, or blathered on about how sorry and devastated they were about the whole thing.

"Now we same people attend the military funerals of our casualties around the nation as sincere mourners for our fellow soldiers, to show our deep respect, and our unshakeable solidarity. And, we see you dressed up to the nines. Grandstanding with all your minders and feeling important and relishing the “photo opportunities” with all the streets closed off and police everywhere.

WE HAVE WALKED A MILE IN THEIR SHOES

"We go with respect and admiration in our hearts. We have walked a mile in their shoes, and we are there for the families who are left behind.

"That is not what we see when you arrive with your attendant circus, to milk it for every ounce of political mileage. Your rhetoric sadly lacks the sincerity these dead people deserve. We are disgusted by your attitude.

"And in retirement, what does a dead man get for his trouble? Contempt is what he gets. His family is required to survive on 5/8th of what he was paid if he survived and continued breathing.

"We see that family’s pittance intentionally indexed in such a way that its buying power is deliberately geared to drop each and every year, sliding them inexorably into the morass of poverty; while you invent new taxes to bleed them even more and increase their rate of descent. We are disgusted by your attitude."

The War Room is not found in a bunker, nor in the now sullied halls of Parliaments. The War Room is located in the heart of the Australian people. Where the Diggers hope to find Justice.