Our politicians are making poor decisions regarding the pandemic, essentially leaving us to fend for ourselves, writes Dr Jennifer Wilson.

IT WAS PERHAPS more in exhausted sorrow than anger that I heard the news that the National Cabinet had decided to end mandatory isolation (with the exception of a few workplaces) on 14 October for those infected with COVID-19.

It came as no surprise, but it is immensely disturbing. The Federal Labor Government inexplicably declined to take any advice other than that furnished by Chief Medical Officer, Paul Kelly.

“We're not stopping infectious people going into the community now and we won't be in the future.”

National Cabinet refuses to release Kelly’s advice to the public, an entirely unjustifiable act of secrecy that is a legacy of the L-NP Government led by Scott Morrison. It’s one we understandably hoped would be ditched by Labor Prime Minister Anthony Albanese, who inexplicably decided, despite all campaign undertakings of transparency along with strident criticism of former PM Morrison's addiction to secrecy, to keep the L-NP Government’s practice of withholding National Cabinet documents from public scrutiny. 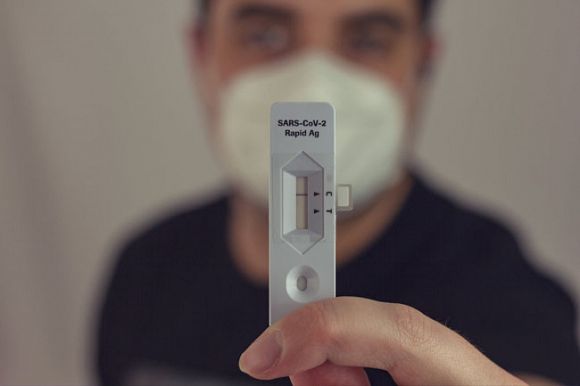 The decision to reduce COVID isolation periods is one that defies common sense and seems shrouded in secrecy.

‘At a press conference after his first National Cabinet meeting as Prime Minister, Albanese confirmed the Commonwealth had not proposed ending the practice, despite his accusation that Scott Morrison was “obsessed with secrecy”. Albanese refused to answer questions about why he had backflipped on the matter.’

There is an expectation – and a reasonable one – that Labor governments will look out for less privileged people in our communities. The decision to end isolation is one that entirely benefits the privileged, leaving everyone else at heightened risk of infection and long-term consequences. If you are vulnerable in any way – physically, mentally, financially – you are now in an even more fragile situation.

If you are physically vulnerable to illness you are now at greater risk than you have ever been, as the infected are under no compulsion to isolate, or even wear masks.

If you’re a casual worker who doesn’t get sick leave, there’s no longer a government payment to assist you to take the time you need to recover from the virus. You’ll now have to lose pay or go to work ill and risk infecting others. Governments cannot continue to pay peoples’ wages forever, Mr Albanese declared in an attempt to justify the Cabinet’s decision, though nobody has at any time argued that they should. 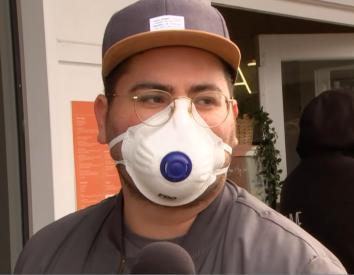 Tom Tanuki on why he's keeping the mask on as COVID recedes.

The cynical among us may well conclude that the termination of this payment was one of the motivations for ending mandatory isolation, along with business lobbying for a return to a mythical “normal” in which COVID never existed.

Australian Chamber of Commerce and Industry chief executive Andrew McKellar said the commonsense change was a sign that life was returning to normal.

We now have a situation in which a pandemic causing serious illness and death is left to take its course, while state and federal governments abandon all responsibility for public health.

This is the real new “normal,” not a return to an imagined pre-COVID utopia.

The Victorian Chief Health Officer, Brett Sutton (whose opinion was not sought by National Cabinet), has warned against ‘sleepwalking into COVID’.

Sleepwalking into COVID is not a strategy I would recommend. Still much remains uncertain. https://t.co/vtEQ1V2HoG

The removal of all preventative measures other than vaccination has not been accompanied by a campaign to educate people about how best to protect ourselves and others. We have, in effect, been entirely abandoned by our political masters who have now refused to both continue to support and provide education on how best we can help ourselves in the face of their cavalier refusal to take any responsibility.

Many general practitioners will not have face-to-face consultations with patients who have COVID or COVID-like symptoms, a measure of how dangerous the virus is considered to be by many in the medical profession. Yet politicians have decided it is perfectly fine to mingle when you are infectious.

The president of the Australian Medical Association has commented succinctly on the idiocy of this:

As well, we don’t know if sufficient new vaccines are available. Professor Jane Halton, who is reviewing our vaccine procurement, recently expressed her surprise that the Federal Government has not ordered any COVID vaccine for 2024.

The removal of all restrictions, the lack of a comprehensive public health campaign on how best to take “personal responsibility”, the apparent uncertainty about the availability of new vaccines, the ongoing restricted access to antivirals and the anticipation of new variants with unknown effects combine to create an environment of heightened and unsupported vulnerability.

Federal and state governments are clearly unwilling to face the reality of our situation. The cost of their moral turpitude will be borne by those who can least afford it. If you can’t count on your elected representatives to take responsibility for the management of a pandemic, what is the point of them? 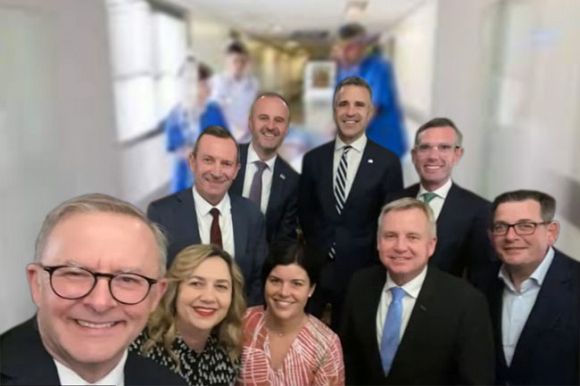 With the next variant just around the corner, the rush to reduce the isolation period for COVID sufferers may see us slam headlong into it.