Prime Minister Scott Morrison has a lot of work to do in repairing his own reputation if he wants to win another term, writes Andrew P Street.

SOMETIME BETWEEN NOW and early May 2022, Prime Minister Scott Morrison is going to have to take a deep breath, put on his big boy pants and call a federal election. And given the way time works, he only has two realistic options: as late as humanly possible, or in September-October 2021.

Yes, even now. And yes, even given everything that's going on in Sydney and Melbourne (and Brisbane and Canberra and Adelaide). Yes, even now, despite the polling that suggests Labor would walk an election in — although, of course, 2019 might want to remind people about getting too comfortable about that.

The sacking of former Liberal leader and trenchant Morrison critic John Hewson as a columnist at the Nine mastheads (whose Chair is Morrison's mentor, Peter Costello) has been read as a sign that plans are afoot. Similarly, the announcement from well-liked Speaker of the House Tony Smith that he’s not bothering to contest his relatively safe seat of Casey is being interpreted as a sign that smart Liberals are ducking out before things get all Red Wedding.

And the venerable Dennis Atkins made a solid case for why Morrison might decide to, as he put it, pull a Peter Beattie and campaign that he needs to finish the crisis he started. And it's a plausible argument, at least in that it's the only one Morrison has available to him.

It has long been obvious that the initial plan was to go to the polls early and to time the vaccine rollout to conclude with a triumphant election where the grateful public warmly handed their saviour Scott another term. That's why the Federal Government contracted private companies to do the rollout instead of the obvious option of state health departments and why the strategy and timeline were made in consultation with management consultants instead of medical bodies or scientists. 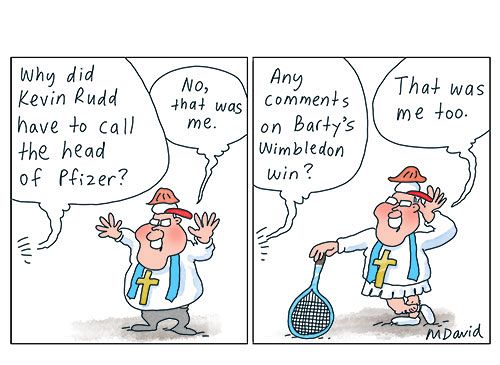 Spoiler alert for anyone not in Melbourne, Sydney, or any other region surrounded by a hard border with their neighbours: that didn't work out so well.

And there are many, many reasons why Scott wouldn't necessarily be wanting to leave things until next year. These range from the structural (SA's election is in March, which will drain energy and resources from a federal campaign) to the flammable (the likelihood of another terrible bushfire season while people are still homeless from the last one). There's also poor internal Coalition management (the U.N.'s Glasgow Climate Summit is being held from 31 October and Australia will be expected to outline a strategy for emission reductions and Morrison can't afford a very public fight with the Nationals over climate before the election).

Oh, and the sports rorts and the car park rorts and unresolved allegations of sexual assault and harassment — you know, the business-as-usual stuff.

There's also the near certainty that the economic outlook in 2022 will be worse than 2021 as the Delta COVID-19 variant wreaks havoc on plans to start international travel or not have entire cities locked down for weeks on end because barely ten per cent of the adult population is vaccinated and there aren't enough vaccines in any case.

However, there's one very strong argument against going to an election so soon and it can be spelled in three letters: NSW.

Historically, a government has to have pretty solid wins in two of the populous eastern states to either gain or remain in power. The LNP last time held firm in NSW and Queensland while Labor cleaned up in Victoria. It was a lot closer than it appeared to be — in fact, it ended up being Tasmania that gave Morrison his majority with the Liberals picking up two vital seats in Bass and Braddon when the mainland was greeting Scott with a continent-spanning shrug.

Right now, however, the landscape is a wee bit different.

The LNP has a solid majority of the Queensland seats, but that means there's not really anything left to pick up — and the local polling suggests a strong swing against them, thanks to the popularity of Premier Annastacia Palaszczuk. Even if the LNP hold all of their seats, they're already doing about as well as they can.

Things are, if anything, worse in WA where the State Election left the Liberals with two state seats (and the situation with Christian Porter isn't exactly making him a slam-dunk to retain Pearce). Seats like Bass in Tasmania and Boothby in SA are questionable and, again, there's nothing in those states obviously available for the Liberals to pick up. 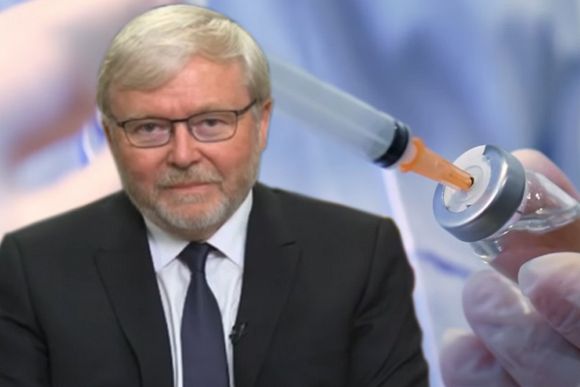 And Victoria? After everything Morrison's had to say about Victorian Premier Dan Andrews and lockdowns? Hoooooo boy. Never mind marginals like Chisholm; even ministers like Health Minister Greg Hunt and Treasurer Josh Frydenberg aren't guaranteed to hold their seats.

But NSW has been strong for Morrison. State Labor has spent years in disarray, Premier Gladys Berejiklian was getting front-page stories about being ‘the woman who saved Australia’ for her anti-lockdown stance during COVID-19 and there are several marginal Labor seats that could help staunch the bleeding if Queensland and WA start turning red. NSW was once key to Morrison's victory, but now it's basically the only hope he's got.

Except, well, everything that's happening now. A lockdown that isn't going anywhere for the foreseeable future. Questionable policing decisions. A Premier and a PM attempting to blame one another for the situation while frantically denying any culpability themselves. And while both climb over each other to survive, the Liberal brand is getting tarnished with grubby handprints and flop-sweat.

Clearly, his team has seen some Sydney-specific polling and decided to keep away from actual journalists, up the curry 'n' dog content on Instagram and nakedly glom on to something more popular. And what greater evidence could there be of a PM desperately attempting to revamp a failing comms strategy than to hear him genuflecting to Kyle and Jackie O?

It was his first-ever appearance on their odious show, upon which he (checks notes) decided to reveal how deeply the urban myth about him filling his pants at Engadine McDonald's has infuriated him. As dignified media appearances go, this was somewhere between “regional fete dunk tank participant” and “dude holding up proposal sign on Sunrise”.

In other words: NSW clearly isn't giving the results Morrison wants and there's no other game in town. Victoria's out, WA's out, Queensland's shaky, SA and Tasmania have nowhere to go but down and the territories? There’s nothing for Scotty there. Nothing.

And a casual glance over the normally reliably pro-Morrison Murdoch press shows some stinging criticism and an increasingly moderate tone on the possibility of an Anthony Albanese government: almost as though the editors have sensed a change of opinion in their readership. 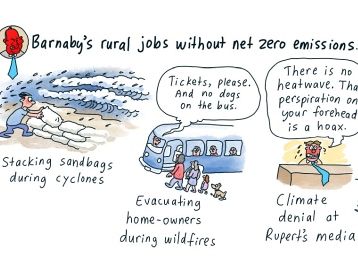 So Morrison has two options: He can go to an election in the coming months when the nation blames him for not engaging in a race to get adequate numbers of vaccines into people's arms.

Or he can wait until May next year and hope that the rollout goes well from here, that there are no more lockdowns, that there's no economic slowdown as global economies are hit by further COVID-19 outbreaks and that the Nationals don't revolt over climate policy. He can hope that there aren't any summer bushfires (especially in NSW), that the allegations around Brittany Higgins being raped in a ministerial office go away, that the allegations against Christian Porter go away and that there's not more blowback over translators and other support workers who helped Australian troops in Afghanistan aren't murdered.

Then there's the hope that universities and the arts sector don't completely collapse from a lack of support, that the Great Barrier Reef isn't officially declared in danger by UNESCO, that the allegations against Barnaby Joyce go away, that there's not a huge anti-Liberal backlash in the SA State Election and that nothing embarrassing happens at any other suburban McDonald's.

Neither option seems exactly promising. There’s a third — but this is a long shot.

Morrison could make some hard decisions, swallow his pride, apologise for the disasters over which he’s presided, abandon his divisive and punitively ideological approach and start governing responsibly and competently with a genuine desire to use the vast power of Government to improve people's lives, especially in a time of crisis.

Or, you know, hang out with Kyle Sandilands and talk about whether he shat himself. Either/or.