A decision will be made soon as to whether or not the already massive legal debt accumulated by One Nation's James Ashby will increase. Investigations editor and Ashbygate author Ross Jones reports.

HOW IMPORTANT are the repercussions of the Ashbygate conspiracy, the one that brought Tony Abbott to power and set in train a series of disastrous coalition governments, to today’s LNP?

Does anybody care anymore?

We are about to find out.

Last February, IA reported James Ashby had failed to convince the Federal Court the Government should meet his legal costs to date via an “act of grace” payment of $4.5 million.

Justice Bromwich split the matter into four issues, found Ashby failed on three and deferred judgment on the fourth until a later date.

That date was 23 July and it was a pretty ordinary day for James, with the Court ordering:

‘The balance of this proceeding be summarily dismissed, subject only to the hearing and determination of any application for costs by the respondents.’ 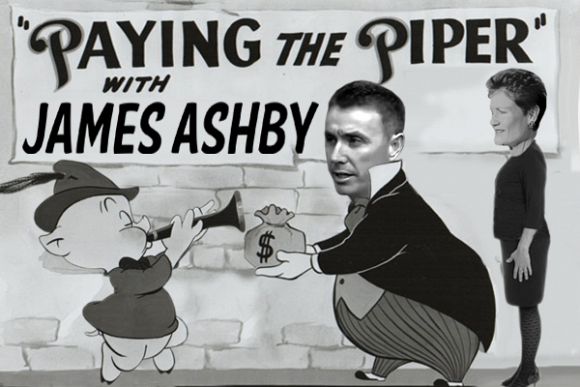 In the matter of Ashby versus the Commonwealth, there is now a staggering $4,537,000 at stake and a piper still waiting to be paid.

After costs in this last matter, James’ total bill will nudge or exceed $5 million.

Ashby’s scam, which started back in 2012 with his allegation that House Speaker and LNP traitor Peter Slipper put the word on him and tried to feel him up, was a cheap shot given the harassment his female staffer contemporaries were suffering at the hands of a host of serious sleazebag members at the time. It was also a blatant lie concocted by News and the Liberal Party acting in concert to destroy Julia Gillard’s Prime Ministership.

There were a lot of people in the loop.

News dedicated a journo to the task, flew Ashby around, wined, dined and flattered him.

And of course, the LNP/Liberals, whose dedicated point man was former Coalition Minister and candidate for Slipper’s seat, Mal Brough.

But Mal was not the sharpest tool in the Liberal shed which, although largely full of dully-blunt equipment, still had its fair share of conniving sharpies who thought destroying every aspect of a political opponent’s life was a fair thing to do.

You know, if you win. Which they did. Hello, Tony Abbott.

Anyway, that was then.

Many of the sharpies are now gone, some to far-flung corners of the globe, some revelling closer to home where they feed happily on the taxpayer teat. 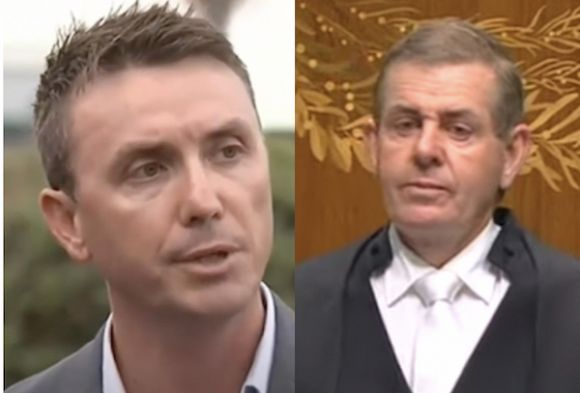 These days, they have nothing more to fear from Ashby apart from a flickering mention buried in a compliant media. Anyway, denials are pretty easy when misdeeds are buried in time.

There is a new guard in power now with their own set of problems and corrupt opportunities.

So who will cough up? Will anybody save James?

‘The Commonwealth has until 6 August to advise whether it will seek costs from Ashby.’

If the Government goes soft on the costs, it might indicate saner heads, terrified of a PR nightmare, have the upper hand.

Bromwich’s last decision received only scant attention, ironically in the Murdoch press, so waiving costs might give everyone time to try and figure out how to sort out a $5 million problem before anyone gets hurt.

On the other hand, if the Government plays hardball and demands costs be added to an already jumbo debt, it means the Government is comfortable thinking of it as someone else’s problem and that could add to James’ debt nightmare.

I’m not sure what happens if you don’t pay $5 million in court costs, but it can’t be good.

Let’s see who comes to the rescue.