Data retention: Lawyers on the wire

THE PRIME MINISTER, Tony Abbott, announced this week that Federal Cabinet has given in principle support to the retention of customer data by telecommunications companies for up to two years so that government agencies can access it without a warrant.

This suggests that government representatives just don't understand the consequences of retaining everyone's metadata and giving spy agencies access to it.

The Australian population generally, and lawyers and journalists in particular, should be deeply concerned.

Metadata is not just "the envelope" rather than its content. It is not some sort of harmless or innocuous activity log, which is exactly why the spy agencies are so keen to have it stored and accessible. It is the index to a person's electronic communications, detailing the when, who, where and how often of each contact. 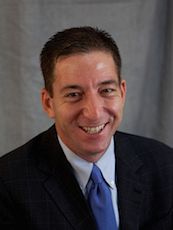 As journalist Glenn Greenwald asks in his book ‘No place to hide Edward Snowden, the NSA and the Surveillance State’:

‘Would the senator, each month, publish a full list of people he/she emailed and called, including the length of time they spoke and their physical locations when the call was made?’

And knowing that your entire communications index will be available to government spy agencies has its own chilling effect on communications. Greenwald also notes that:

‘what makes a surveillance system effective in controlling human behaviour is the knowledge that one’s words and actions are susceptible to monitoring.’

The recent Human Rights Watch and American Civil Liberties Union (ACLU) report  ‘With Liberty to Monitor All: How Large-Scale US Surveillance is Harming Journalism, Law, and American Democracy’ illustrates this, outlining in detail how large-scale surveillance by the U.S. government is undermining the important work of lawyers and journalists.

There is little Australian commentary on the likely effect of mass surveillance on the legal profession. Australian lawyers seem to be more complacent about the issue than their U.S. counterparts.

But in both countries lawyers, like journalists, are often sought out by whistleblowers seeking advice, or they are instructed to act in sensitive commercial, civil and criminal cases, which may involve the government.

The Human Rights Watch and ACLU report reveals that in the U.S.:

‘Lawyers increasingly feel under pressure to adopt strategies to avoid leaving a digital trail that could be monitored; some use burner phones, others seek out technologies they feel may be more secure, and others reported travelling more for in-person meetings.’

Lawyers also said they are reluctant to take on cases that might attract surveillance, with the resulting erosion of the right to representation which is ‘a pillar of procedural justice under human rights law'.

‘I feel like I’m using drug dealer tactics. I meet in person. I pay in cash. I use burner phones. I feel like I’m on the wire or something. It’s kind of a throwback to the underground parking garage days and the days of deep throat, and it is absurd that we have to go to such measures, but until there are some limits on what the Government can do I think it’s better to be safe than sorry. And I represent a lot of people in the sorry category who’ve been caught and are being overly prosecuted by the Government.’

We've already seen reports of the communications of U.S.-based law firm Mayer Brown with its client, the government of Indonesia , coming under surveillance by an Australian intelligence agency, which in turn provided the intelligence to the United States; of the National Security Agency and FBI covertly monitoring the emails of prominent Muslim-Americans, including lawyers, and of the notorious ASIO raids on East Timor's Australian lawyer Bernard Collaery.

It's just metadata. What are you all complaining about. ...Oh. #auspoI pic.twitter.com/FGrpxuFrD7

Who else is a potential target in Australia? Lawyers defending asylum seekers because they may have information relating to ‘serious threats to Australian border and territorial integrity’? Lawyers advising protest groups making plans to carry out non-violent actions at G20 meetings? Lawyers still seeking justice for David Hicks? Lawyers involved in the Securency banknote corruption case because of its consequences for the ‘national interest’?

‘I will be writing to other professional bodies to discuss the impact spying is having on members’ confidential communication with clients or patients. I will also be writing to relevant academics, civil liberties groups, lawyers and other experts both nationally and internationally, to invite them to collaborate with us in addressing wider issues on surveillance and the rule of law.'

But Australian lawyers' representative bodies seem to be lagging far behind.

“Most lawyers would be horrified if proper legal processes were not followed and it became apparent that intelligence agencies were snooping on clients' confidential information. Particularly if the breaches were widespread and verified.”

Perhaps Australian complacency comes from not appreciating the significance of metadata collection and analysis as a surveillance tool. Hopefully it doesn't flow from an uninformed acceptance of Government assurances. Whatever the reason, Australian lawyers need to step into action, both to protect their own interests and comply with their professional obligations to their clients, and to protect the common interests of other professions – especially journalists – and Australians as a whole.

Mass collection of citizens' data, including metadata, by or for spy agencies is a real threat to individual freedom of action and communication. It is inconsistent with what we regard as personal freedom in a democratic society and it simply cannot be justified, without a warrant, on any of the lame grounds so far trotted out by government.