“Everyone right to go?”

So went the Premier of Victoria Daniel Andrews' laconic introduction to his lockdown press conferences throughout 2020 and 2021.

It's a question that applies just as well to four more years of his Government, as it does to a press conference.

If the polls are correct, Andrews is right to go for a third term. Winning the upcoming election would make him the state's longest-serving premier since Henry Bolte — a remarkable feat in the current political age.

With determined pragmatism, Andrews and his team have transformed Victoria into a safely progressive state since 2014. The past four years have defined his Government and leadership — which, many believe, make him best placed to lead Victoria further into the 2020s.

Before 2014, Andrews was a relatively low-profile politician: a former Health Minister from the socialist Left who wanted to "get things built and done".

Back then, federal politicians didn't even know his name. That soon changed during his first term and landslide re-election victory in 2018.

Andrews' leadership during the Black Summer bushfires of 2019-20 was widely commended – in contrast to Prime Minister Scott Morrison – when the east of the state burned and the rest was engulfed in smoke.

He also took the lead on statewide Indigenous treaty negotiations by establishing the First Peoples' Assembly in 2018. This was a progressive and morale-building step for the entire country. But it was his response to the pandemic that properly etched his name into the history books.

Due to the devolution of constitutional power under Australia's federal system, public health administration is largely a matter for the states and territories. In March 2020, a pandemic declaration by the World Health Organization (WHO) brought this responsibility into sharp focus.

The Andrews Government took it seriously. Using plenary legislative power, it utilised emergency health and biosecurity laws to implement a “zero COVID” policy. Border closures, lockdowns and the pursuit of “flattening the curve” became de rigueur throughout 2020 and 2021.

His Government acted on the advice of medical experts. And while death and disease remained low, this earned it trust and respect. Andrews remained resolute. There was to be no experiment with herd immunity, or “letting it rip”, to placate the laissez-faire ideologues — at least until we had vaccines.

As we saw in parts of the United States and Brazil, letting it rip during 2020 was a human catastrophe.

Victoria's world record 262 days of lockdown was not without side effects — but it saved many thousands of lives and reduced the burden on the hospital system.

For the most part, Victorians stayed the course.

The tough pandemic response didn't come without mistakes. In mid-2020, a bungled hotel quarantine system released SARS-CoV-2 into an unvaccinated community. Tragically, many in the aged care sector died.

Snap lockdowns of Melbourne's public housing towers and outer suburbs were also considered by some to be ill-conceived and draconian.

An inquiry followed, which provided no straight answers but resulted in the Health Minister of the day's resignation. Choosing hired security guards instead of trained quarantine professionals was clearly a mistake.

Two years on and over two million infections later, this imbroglio may have faded from memory. Yet it offers important public health lessons for the future.

As lockdowns dragged on, so did the backlash. From society's fringes emerged a melange of the discontented — anti-maskers, conspiracy theorists and far-Right agitators fuelled by similar protests in Canada. They coalesced behind an “anti-Dan” ideology that wanted masks ripped off. They refused vaccination and denied the incontrovertible reality of an airborne plague.

Their protestations reached a moment of absurdity in September 2021, when they turned on trade union leaders over mandatory vaccination and shut down roads to “reclaim freedom”. However, their hollow cries mostly fell on deaf ears — the fact they could protest at all paradoxically proving just how much freedom they really had.

A signature reform of the Andrews era has been the level-crossing removal project. Removing these bottlenecks has dramatically improved traffic flow and public amenity, with 67 now gone.

The Metro Tunnel looks set to be another enduring reform — upgrading Melbourne's outmoded train network with a modern underground link from north to south.

Some longer-term projects include the Melbourne airport Rail Link and the Suburban Rail Loop. Both are essential to meet the demands of population growth and to connect the city, outer suburbs and regional areas. Choosing public transport over more road bitumen is a bold step towards a sustainable and intelligent future.

With notoriety, has come no shortage of criticism for Daniel Andrews. The conservative media have relentlessly campaigned against his success — circulating bizarre conspiracy theories about his back injury in 2021 and labelling him a “socialist dictator”.

But none of it seems to stick. Andrews and his team have remained impervious and focused on the job at hand. 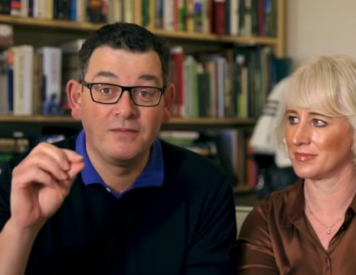 Real problems do persist. These include a crisis in the ambulance and emergency response sector; challenges in regional Victoria due to frequent climate disasters, and in the suburbs where rising inflation has pushed up the cost of living.

These challenges can and must be met. New and refurbished hospitals, free education for nurses and midwives, and a renationalised state electricity commission, are big steps in the right direction.

Of 14 of the last 15 state and federal elections, Victorians have chosen Labor. A third Andrews term will spell further electoral humiliation for an already struggling Liberal Party.

The party of Menzies and Bolte, which once considered Victoria its “jewel in the crown”, has disintegrated over two decades.

Its current leader Matthew Guy wants a second go at the job, despite a failed racist agenda in 2018 to stop “African gangs”.

Following the 2018 wipeout, Guy was replaced by Michael O'Brien, who did even worse. O'Brien couldn't make a dint in Labor's poll lead, so Guy was quietly reinstalled in 2021.

When Victorians go to the polls on 26 November this year, they could be forgiven for thinking it's groundhog day. Although it's the same two candidates from 2018, it's now a very different world.

The reforms which the Andrews Government have progressed in its second term are unfinished business. New public infrastructure, a treaty with its First Nations people, an upgraded healthcare system and a transition to state-owned renewable energy require more years of work.

Rising inflation and cost-of-living demands need oversight by a Left-leaning government, undeterred by the avaricious influence of market forces.

Despite some mishaps, the Andrews Government has fulfilled its promises and carried its state through the greatest existential threat to humanity in a century.

The threat of SARS-CoV-2 is not yet over and will require further vigilance and intervention. And other public health, climate and economic threats will likely emerge.

Victoria needs a steady hand on deck, from a good communicator who is unaffected by the slings and arrows of the 24/7 media cycle. A third term for Daniel Andrews will cement his legacy as one of Victoria's most iconoclastic premiers whose impact on Victorian life will be remembered for decades to come.

Patrick Hannan is a solicitor and freelance writer from Melbourne, Australia. You can follow Patrick on Twitter @padraig_mh. 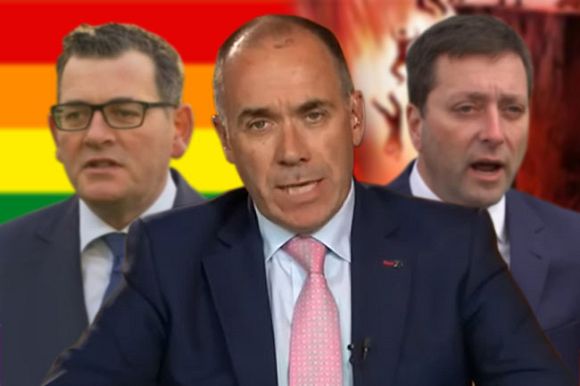