Could Clive Palmer cause a Constitutional crisis?

Clive Palmer playing hardball over the Coalition's Direct Action policy could trigger a Constitutional crisis, says Professor Anne Twomey, but in the High Court not the Parliament (via The Conversation).

The Palmer United Party has threatened to block the Abbott government’s Direct Action climate policy in the Senate. Last week, there was even speculation about it sparking a constitutional crisis.

But could Clive Palmer, through his bloc of three Palmer United Party (PUP) senators and an ally from the Motoring Enthusiast Party, make good on the threat?

Is there any chance of a repeat of the 1975 constitutional crisis that brought down the Whitlam Government? And what could the government do to get around what is shaping up to be an antagonistic Senate?

Minor parties set to have their say

Earlier in the week, Palmer had declared that the “hopeless” policy was “dead” without his party’s support. Hunt initially responded by saying:

"The funds will be part of the budget papers, and I doubt that the budget will be blocked unless we’re going to be forced into a constitutional issue."

That prompted an angry response from Palmer, who accused Hunt of “blackmail”.

On Thursday, Hunt was striking a conciliatory tone, saying he had just had a “very, very friendly” chat with Palmer and looked forward to talking more with him and other crossbenchers.

So what’s likely to happen next – especially after July 1, when the balance of power in the Senate will change?

How the Senate can flex its muscle

There are three points at which the Federal Government’s Direct Action policy might be attacked in the Senate: the appropriation of the money, the authorisation of the expenditure, and the regulation of the scheme.

It is the appropriation stage that resurrects the ghosts of 1975 and the spectre of the blocking of budget bills. This was the potential “constitutional issue” to which Hunt referred last week.

But the issues are a little more complex.

There are different types of appropriation bills that form the budget. Some are bills for the “ordinary annual services of the government”. The Constitution says that the Senate cannot amend these bills, although it can request the House of Representatives to amend them.

These are the bills that provide the money for running the government. If these bills are blocked in the Senate, then the government is either forced to an election, or faces the prospect of dismissal or attempting to govern without being able to pay for public services. This would indeed provoke a constitutional crisis.

But there are other appropriation bills that are not for the “ordinary annual services of the government”. These include appropriations for the construction of public works, grants to the States and, critically, new policies not previously authorised by special legislation. These bills can be amended by the Senate.

The Direct Action policy, including the creation of the Emissions Reduction Fund, would on the face of it appear to be a “new policy” that would fall within these other appropriation bills. If so, the Senate could legitimately amend such a bill to exclude this item of appropriation.

This would be a relatively rare exercise of the Senate’s powers, but it has happened before without there being a constitutional crisis.

One example was in 1995, when an appropriation bill was amended in the Senate in relation to the payment of the legal costs of then Labor minister (and former Western Australian premier) Carmen Lawrence.

However, it is likely that the federal government will argue that it is not a “new policy” because the money is to be administered by an existing body, the Clean Energy Regulator, and that it is an extension of existing policies regarding clean energy.

It is therefore possible that it will include the appropriation in one of the bills for the “ordinary annual services of the government”.

In that case, it would be extremely unlikely that the Senate would block or refuse to pass it. Even if the PUP voted against it, it is likely that the ALP would not be prepared to block the budget in this way.

If the appropriation for the Emissions Reduction Fund is passed, the PUP might have a second or third chance to attack the Direct Action policy.

The High Court, in the 2012 Chaplains Case, decided that in addition to an appropriation, most expenditure also needs to be authorised by legislation. One of the reasons for this finding was to ensure that the Senate had full power to scrutinise expenditure, as it has more limited powers in relation to appropriation bills.

The High Court made an exception in relation to expenditure for the ordinary administration of the functions of government, which it held does not need to be authorised by legislation, but it did not think that the funding of a chaplaincy program fell within that category.

It is also arguable that an Emissions Reduction Fund would not fall within the ordinary administration of the functions of government and that it would therefore require legislative authorisation.

The previous Labor government tried to fix this problem by legislating to authorise all past and future programs of expenditure that fell within specified, but extremely broad, categories, such as the “Clean Business Australia” program. Whether or not that legislation is valid is to be decided by the High Court in a further case to be heard in May.

It would be “courageous” – as they used to say on the British comedy Yes, Minister – for the federal government to hang its Direct Action policy on the validity of constitutionally vulnerable legislation. But this may be a last resort option if the Senate remains hostile.

Finally, the federal government is going to need to regulate its Direct Action policy in some manner.

It may try to do this by making regulations under existing legislation, as it has done before. However, if it does that the regulations may be disallowed by either House of Parliament, giving the PUP a chance to knock them down.

If the federal government tried to implement its Direct Action scheme without any parliamentary approval above and beyond the passage of an appropriation bill for the ordinary annual services of the government, it would be provoking a constitutional challenge. It would also be poking a stick at a High Court that has already stressed the importance of the role of the Senate and parliamentary scrutiny. Any short-term gain might be wiped out by long-term pain.

That’s why it is more likely that the government will take a conciliatory approach with Palmer and his senators, seeking to negotiate an agreement.

In the short-term, a constitutional crisis is unlikely. However, if Palmer continued to play hard-ball and if the Commonwealth tried to circumvent Senate approval, then a constitutional battle might still ensue – but in the High Court, rather than in Parliament. 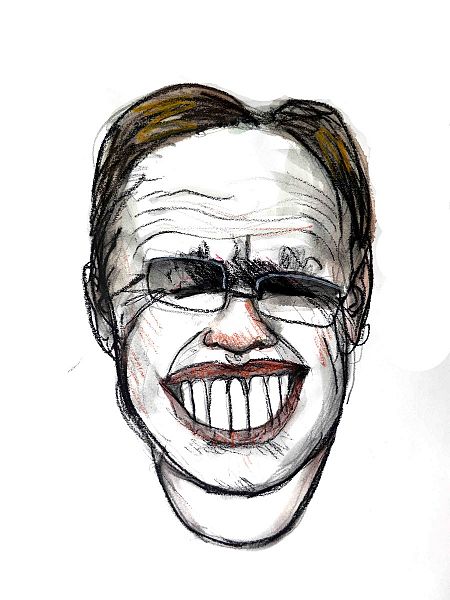