IT IS ALWAYS INTERESTING when reality and ideology collide. This happened on Monday on ABC Q&A, when the owner of a Brisbane coffee shop asked Trade Minister Steve Ciobo what the point of the Government’s company tax cuts was.

Just as a reminder, these proposed cuts are set to deliver a $50 billion hit to the budget over the next ten years. The Government claims the increased profitability of businesses will “trickle down” to the wider community in the form of more jobs and higher wages. This claim is, as you might expect, fiercely contested.

So, when Sandgate coffee shop owner Nathan Scholz said the corporate tax cut would only give him an extra $8 a week, which he’d prefer to see going to protect Medicare bulk billing, it was interesting to see how (my local MP) the member for Moncrief, Steve Ciobo, would respond. It was Ciobo, you may recall, whose belligerent response on a previous episode of Q&A precipitated the unseemly Zaky Mallah brouhaha.

It was also Ciobo who, in 2013, said about then Prime Minister Julia Gillard, Labor MPs should “slit her throat”:

#abc730 #qanda If Malcolm is so concerned about people using VIOLENT METAPHORS why did he promote Steve Ciobohttps://t.co/DpQtj24ssn

This time, Ciobo began less pugnaciously, with the usual Turnbull Government neo-liberal trickle down mantra: that small businesses are the “backbone of the Australian economy”, that they “drive Australia forward” and that Australia is way, way over-taxed.

He went on to say that company tax cuts will make

“… businesses more competitive and … by doing that, more businesses will employ people, there will be an improvement in overall profitability and that's ultimately going to be good for the Australian economy.”

Nathan Scholz had a problem with this glib response:

“Where I have a difficulty with this argument is, certainly, to have more jobs you need profitability, but I don't understand why … you think that more profitability certainly leads to more jobs. I own a coffee shop, as I said. I need one, two or three people making coffees in the morning. Why if I'm making more profit am I suddenly going to put on a fourth or fifth or a sixth person? It doesn't make sense.”

Thanks for the opportunity to ask a question. If you’re out at Sandgate, pop in. #QandA pic.twitter.com/KJhyOTnRFa

Indeed, if Nathan was only getting $8 extra a week, how on earth is he going to afford to put on extra staff? And even if he could afford to hire, why would he bother if there was no extra demand for skinny soy lattes at Mug Shots Expresso?

But the argumentative member for Moncrief was having none of it, belligerently firing back:

The arrogance of Minister Ciobo shouting down the small business owner, telling him he was wrong and that he would be hiring more staff, was jaw-dropping.

But beyond this “WTF moment”, Ciobo’s shallow analysis revealed a profound lack of understanding of business — especially small businesses. 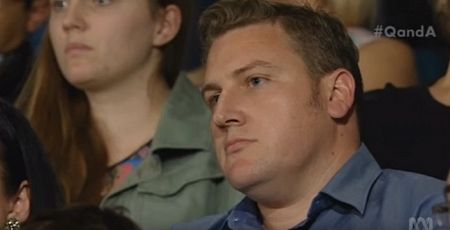 This is true, as far as it goes.

Not only do businesses that aren’t making money not hire – and those losing money fire – they also do not pay company tax. You only pay company tax when you make a profit.

So how on earth is a company tax cut possibly going to benefit the millions of small businesses that make a loss or just break even? (Businesses like Independent Australia, that is.)

In fact, a company tax cut doesn’t really help small business at all. It doesn’t, for example, bring a single customer into Nathan Scholz’s coffee shop or help sell a single IA subscription.

And, of course, for businesses making only a modest profit, putting on more staff without an increase in sales will, in fact, decrease profit, thereby lessening or negating the benefit of any company tax cut.

What a company tax cut does do is make bigger and more profitable businesses even more profitable — and therefore more likely to upscale and crowd out their smaller competitors.

So much for these tax cuts being designed to help "small business". Clearly, they are really about helping put more money in the pockets of the Coalition’s big business sponsors. Steve Ciobo’s unintentionally candid response further confirms this rather obvious truth.

It is just another reminder that when reality and ideology collide, truth tends to fly out the window.

Watch the exchange between Nathan Scholz and Steve Ciobo on YouTube:

Managing editor David Donovan is a small business owner and a qualified accountant. You can follow Dave on Twitter @davrosz.

See @StevenCiobo. Only 4% of business to use tax cuts to expand. You were told but you don’t listen #QandA #Ausvotes https://t.co/ruJB25ILOv 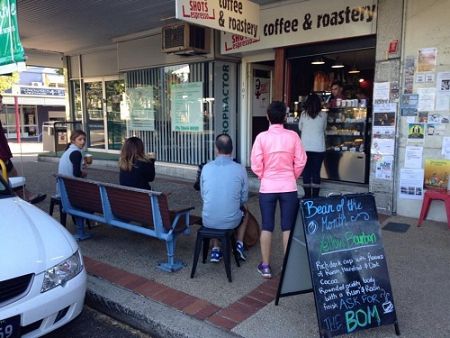 I hope this advert by Steve Ciobo gets repurposed for 2016. It. Is. Good. https://t.co/4MsoxuO9pv #auspol