In a move to provide affordable broadband to customers, the CBA has acquired stakes in two telco providers, paving the way for other businesses. Paul Budde reports.

IN A SURPRISE MOVE, the Commonwealth Bank took a 25% stake in two of the NBN Retail Service Providers (RSPs): More Telecom and Tangerine. As electronic banking is growing exponentially, the bank wants to become more involved in the telecoms market which is key in providing access to such services.

As Australia has one of the highest broadband access charges, the bank is keen to explore how it can assist in providing affordable broadband access that ultimately will also stimulate their electronic banking services. They will use their shareholding and their significant market power to persuade customers to use the services of their RSPs.

This is a clear sign that telecoms are increasingly seen as a utility-based economic input in other sectors. We also see several of the electricity companies moving into this market as well.

In the end, it is not about access but the services that you offer. In the past, I have often compared this with newspapers and magazines. When you walk into a newsagent and buy a magazine or newspaper, you are not asked to separately pay for the paper it is printed on.

If you want to use electronic banking, the same applies — why would you have to pay separately for access to such services? Over the coming years, we will see that telecoms access will become more and more embedded in the actual service that you will use. 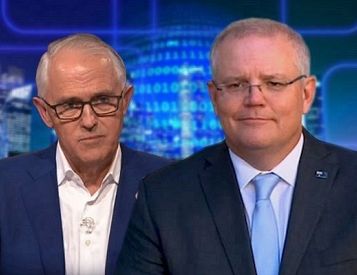 This also means that companies operating in sectors that heavily depend on digital access will increasingly become involved in the discussion to provide high-quality broadband services, as this will directly influence their own services.

We all know the problems with the NBN. It is not without schadenfreude that we finally see an upgrade of the NBN towards fibre to the home (FTTH). As you might recall, I was the strategic adviser to the Government in the period that we were planning an FTTH network to 94 per cent of all Australian households in the mid-'00s, now more than 15 years ago.

On a more positive note, the number of NBN connections that are still unable to reach speeds of 25Mbs has halved since last year. Now, 119,000 connections are still underperforming. But the company is chipping away. Nevertheless, speeds of 25Mbs are currently seen as well below international best practice which is rapidly moving from 50Mbs to 100Mbs.

In recent weeks, NBN Co awarded four construction contracts valued at more than $1 billion to upgrade homes and businesses across Australia to fibre to the premises (FTTP). The new fibre targets around 200,000 premises. The upgrade work on the local fibre network commenced late last year.

The contracts are part of the NBN’s $2.9 billion investment to upgrade large parts of the fibre to the node network to FTTP.

Downer Group, Fulton Hogan Utilities, Lendlease Services and Ventia, through its Visionstream subsidiary, have been awarded the contracts which cover design and construction.

To date, more than 1.1 million homes and businesses are currently serviced by FTTN have been tagged for upgrades and up to two million will become eligible for the upgrade to FTTP, on-demand by 2023. 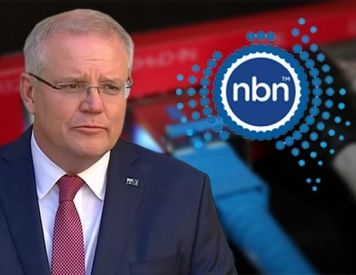 NBN Co plans to upgrade around 75 per cent of households and businesses to FTTP within the period.

The new contracts are expected to generate up to 10,000 jobs during the peak design and construction stage.

The new contracts will cover the balance of the 1.8 million additional premises eligible for upgrades from FTTN to FTTP within two years.

Services will include network planning, site acquisition and design, construction and integration activities to facilitate network capacity expansion, coverage expansion and transmission augmentations that will enable upgrade and enhancement of the network.

Not related to the NBN, but another area in which I have been keen to see major changes is mobile roaming. Also, here I have been advocating for changes for some 20 years. Finally, we seem to be coming to our senses and are starting to look at an infrastructure neutral approach to mobile services in regional and remote Australia. In most cases, building infrastructure here is not economically viable, let alone if three operators each must build their own network.

Field Solutions Group will receive nearly $8 million in government funding to trial the neutral host concept for domestic roaming and will build out 15 towers. It has already signed a contract with Optus and is in talks with Telstra and TPG. It will be very interesting to see what Telstra will do as it has always been the company that has blocked roaming facilities.