'Sustainment of [modernisation] of our modern nuclear forces … has transitioned from something we should do, to something we must do.'

As Commander of the United States Strategic Command (STRATCOM), his audience was the U.S. Senate Committee on Armed Services. His theme: that the nuclear deterrent was there to be polished and improved rather than reconsidered.

His address formed the annual Posture Statement Review. Its centrepiece is the continued relevance of strategic nuclear deterrence.

'Strategic deterrence is the foundation of our national [defence] policy and enables every U.S. military operation around the world.'

Were it to fail:

'We are prepared to deliver a decisive response, decisive in every possible way.'

This decisiveness will be achieved 'with a modern resilient, equipped, and trained combatant-ready force'.

To avoid the failure of such deterrence also required revisiting 'a critical forgotten lesson that deterrence operates continuously from peacetime, through the gray zone, worldwide, across all domains, and into conflict'.

The fate of the U.S. Republic is indelibly linked to three important features:

According to the Admiral, the fundamentals of deterrence had not changed in this Century. Principles keeping terror in play remained. Adversaries had to be assured they would suffer greater loss than any gain derived from their offensive actions.

In what turned out to be a revelation, Richard showed his worldview with jaw-dropping candour:

'We must account for the possibility of conflict leading to conditions which could very rapidly drive an adversary to consider nuclear use as their least bad option.'

The unanswered question here is what would make such an adversary behave in that way.

Part of the concern is a fear that weapons systems are ageing. Lawmakers have simply not been attentive to the needs of greater investment. It was a source of some wonder in 2019 that part of the Pentagon’s modernisation effort involved moving its nuclear command and control system off eight-inch floppy disks. 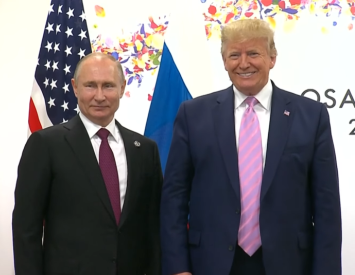 What the Admiral ignores is that older systems have their advantages, notably, when considering the problems that come from cyber threats.

Those inclined to nostalgia will have every reason to fear that moving away from such seemingly rudimentary technology will come with its own risks of breaches and glitches.

'You can’t hack something that doesn’t have an IP address. It’s a unique system, it is old and it is very good.'

Not, however, for the Admiral.

The message to lawmakers is clear: spend more on nuclear weapons and make them dazzlingly modern.  If system capabilities are eroded such that intercontinental ballistic missiles (ICBMs) are removed from the triad, the grave Commander recommends returning to that absurd policy of keeping nuclear-armed U.S. Air Force bombers airborne on 24-hour alert.

It was a policy ripe with “broken arrow” opportunities. the rather bland term for the hideous danger posed by nuclear weapon accidents. The U.S. alone has had 32 broken arrows across the globe, with six nuclear weapons lost and never found.

For those wishing to be terrified, Rudolph Herzog’s A Short History of Nuclear Folly goes into some detail about this regime of danger, error and incompetence.

Central to the latest Posture Review is the continuing concern shown towards Russia and China. Russia retains its position in the U.S. security psyche as the 'pacing nuclear strategic threat'.

China, however, was menacing in its improved capabilities. The modernisation of nuclear forces by both powers meant that the U.S. was 'facing two nuclear-capable peer adversaries at the same time' for the first time in its history.

Such fears are eerily reminiscent of those shared by paranoid Cold War warriors of the 1950s. In the late 1950s, Washington, seeing Soviet advances in ICBM technology (testing had taken place in August 1957) and the success of Sputnik in October, began nursing an obsession: the Soviets had in their possession a superior missile capability. 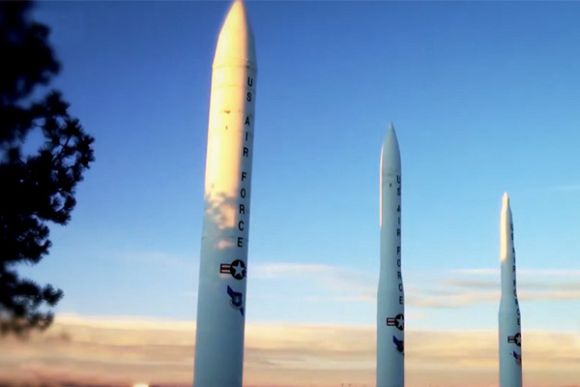 Fears were further fanned by the report of the Gaither Committee, a group of woolly-headed external experts who were willing to feed what came to be known as the "Missile Gap" fallacy. Their baseless, pointed recommendation was to dramatically increase the military budget to combat the fractious Soviet Bear, whose 'intentions are expansionist'.

Amongst various suggestions was the suggested increase of the ICBM inventory from 80 to 600.

Richard accordingly takes it upon himself to inflate Beijing’s credentials in order to woo the Senators and fill STRATCOM’s begging bowl.

'Already capable of executing any plausible nuclear deployment strategy within their region and will soon be able to do so at intercontinental ranges as well.'

In his oral testimony, the Admiral was beside himself regarding weekly revelations about China’s capabilities. The stock of current intelligence information on China’s nuclear arsenal, given a month’s lag, was probably dated by the time it reached STRATCOM. He could only conclude that 'China’s stated "No First Use" policy declaration and implied minimum deterrent strategy' should be questioned.

Richard was also convinced that Beijing had moved a number 'of its nuclear forces to a Launch on Warning (LOW) posture and are adopting a limited "high alert duty" strategy'.

Playing the role of a military Cassandra, Richard’s testimony is filled with italicised warnings:

If we find out we were wrong, decisions to divest or delay could take ten to fifteen years to recover and render the nation unable to respond to advancing threats. Any decision to delay or defer [recapitalisation] requires us to be absolutely sure for the next 40 years, that we don’t need the capability to deter threats, many of which we can’t predict.

The Admiral’s words on war being neither linear, nor predictable, and the possibility that adversaries might consider nuclear use as their least bad option, was tweeted at midnight on April 20.

Newsweek considered it ''bizarre'. Those at STRATCOM, ensnared by the lunacy of nuclear doctrines, thought it perfectly sensible.

What do you think STRATCOM was referring to when they called nukes “the least bad option” pic.twitter.com/sITjF3fna7

4 July 2022, 12:00pm The Albanese Government is continuing the Coalition's habit of using condescending ...