The Liberal Party has benefited from its relationship to the mining sector, but at great cost to the Australian people, writes Richard Gillies.

THE GOVERNMENT is pursuing a “gas-led recovery” in response to economic consequences of the COVID-19 pandemic. A recent report by The Australia Institute states that investing in any other industry would create more jobs. The Government’s seemingly poor decision is not an accident. The minuscule amount of jobs that are created per dollar invested in the gas industry is precisely why the Government is attracted to investing in this sector.

To understand why the Liberal-National Coalition would prefer to invest in such a relatively job-scarce industry, it is worth abandoning the notion of the traditional Left-Right political spectrum. Given the Coalition’s record over the past eight years, this is entirely justified. As the major Right-wing alliance in Australian politics, they ought to value reduced government spending. Despite this, the Abbott, Turnbull and Morrison governments have consistently outspent the Rudd and Gillard governments as a percentage of gross domestic product (GDP).

Similarly, as a Right-wing party, the Liberals value lower taxes. Despite this, the current Coalition Government collects more tax revenue as a percentage of GDP than their Labor predecessors. Furthermore, the Liberal Party’s name is derived from their commitment to economic liberalism. Last year, the Government flagged intentions to assist companies that are involved in gas mining by building a gas-fired power plant. They also plan to force Google and Facebook to pay for “news” produced by Australian media companies.

These policies are completely anathema to the values on which the Liberal Party was founded. In a predominantly two-party system, a true Right-wing alternative would not increase spending, increase tax revenue or interfere in free markets. According to these fundamental Liberal values, Labor is a better Right-wing party. This does not mean that the Coalition is a Left-wing party. What this means is that the Left-Right political spectrum is useless when trying to understand Australian politics.

The more democratic a party, the greater proportion of the electorate that their policies will enrich. This is often achieved by investing in health and education, as all citizens benefit from this. People that are healthier and better educated are more productive than those who are illiterate and disease-ridden. This increased productivity amplifies wealth generation.

For a democratic party, this would, ideally, garner support from the healthy and educated populace. Aristocratic parties, conversely, exist to benefit as small a group as possible while still maintaining power. Recall that investment in mining creates fewer jobs than in any other industry. Wealth generated by mining represents the best opportunity for huge amounts of wealth to be seized by as few people as possible.

This is why aristocratic political parties such as the Coalition are attracted to mining. This is also part of the reason why so many resource-rich countries are under dictatorships. It is also why resource-richness is so often associated with declines in economic growth and deteriorating living standards, as is happening in Australia. The Coalition’s determination to benefit a few at the expense of the many also explains why they provide so much less funding for health and education than Labor. 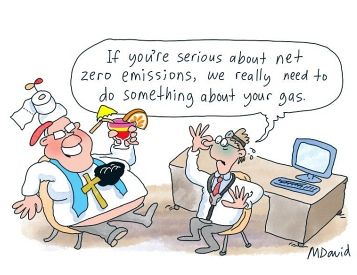 The irrationality of the Coalition's obsession with coal and gas

The Coalition tells us more than anyone how important cheap power will be for Australia’s economic recovery. They are right.

The mining industry remunerates the major parties for favourable policies by donating more money to them than any other sector. These donations pay for exorbitant advertising budgets which are key to successful election campaigns. Although Labor accepts nearly as much money from the mining sector, their enactment of so-called mining and carbon taxes, as well as their advocacy for a 45 per cent renewable energy target for 2030 shows that Labor is, at least, less influenced by the mining industry’s lobbying.

The mining industry also compensates Australian politicians for favourable policy through employment of those politicians after they leave Parliament or the Senate.

Tony Abbott revealed that this was the arrangement when his Resource Minister, Ian Macfarlane, retired and he stated:

“I hope that the sector will acknowledge and demonstrate their gratitude to him in his years of retirement from this place.”

Shortly after, Ian Macfarlane was appointed Chief Executive of the Queensland Resources Council. No industry employs more Australian ex-politicians than the mining industry.

As with dictators of resource-rich countries, the Coalition perceives democratic privileges as a threat to their right to greatly enrich themselves from mineral resources. Since Scott Morrison assumed Australia’s prime ministership, he has threatened to outlaw environmental protests, flagged intent to ban climate boycotts and planned to establish an inquiry to investigate the decisions of banks to stop lending money to mining companies.

Obviously, climate boycotts and banks deciding not to lend money to mining companies threaten the profitability of those companies. This, in turn, could affect the donations that fund election campaigns and the benefits that current politicians may enjoy by way of future employment.