The Coalition's inquiry into the impact of regional bank closures was a biased exercise, resulting in a slew of branch closures nationwide. Dale Webster reports.

THE NUMBER of banks closed in regional Australia in the six weeks since the Albanese Government quietly released the Coalition’s Regional Banking Taskforce - Final Report is comparable to a dam opening its spillways.

The blame for the acceleration – at least 71 branches across all states and territories – can be laid squarely at the feet of the two opposition MPs who led the inquiry – Michael Sukkar and Perin Davey – and Assistant Treasurer Stephen Jones, who released the report.

Together they gave the banks, which held the majority of seats on a taskforce that was investigating the impact of their own behaviour, the government endorsement they needed to continue closing branches without any repercussions for the economic and welfare mess they were leaving behind.

It was a missed opportunity and a cruel trick to play on regional Australians, who had high hopes for the first inquiry on the issue of regional bank closures in 17 years.

The question needs to be asked how the banks got control of this government committee in the first place. 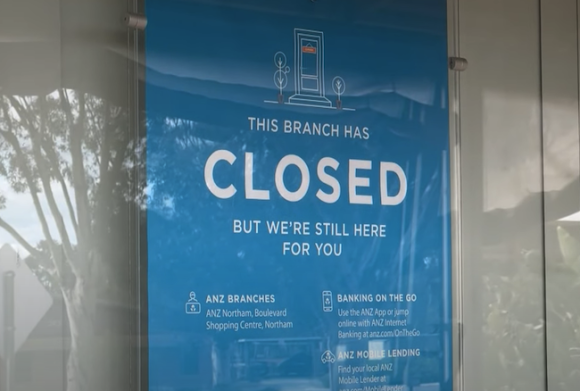 From the setting of the terms of reference to the final recommendations, the exercise was biased towards the commercial interests of the banks and a review of the 461 submissions reveals a scandalous list of issues and concerns that they chose to ignore in the final report.

The most serious of these relate to the legality of bank behaviour and the flow-on legal impacts of their actions.

The Banking Code of Conduct Compliance Committee – an independent body that monitors banks’ compliance with the Banking Code of Practice – has been criticised in the past for being toothless. But it felt strongly enough to highlight a possible breach of part four of the code, which relates to inclusive and accessible banking and the impact of branch closures are having in particular on Aboriginal and Torres Strait Islander communities.

The Committee also opened a huge legal can of worms stating that post offices providing Bank@post services – now expected to take up the full load of face-to-face customer services when a branch closes in a town despite not being equipped properly to do so – should also be complying with the Banking Code of Conduct, a legally enforceable document.

The Law Society of NSW drew attention to access to money being restricted due to face-to-face banking being removed, leaving customers solely reliant on digital services in areas where connectivity was poor.

It cited problems with two-step verification processes failing due to poor reception as an example of how people are being cut off from their funds, which raises the question of whether the terms and conditions of customer contracts are being breached.

The society also flagged legal issues related to conducting large and difficult transactions without the assistance of a bank branch, stating the inability to conduct these fundamental aspects of business face-to-face, where online connectivity is poor, is a major failure in the banks’ service provision commitments.

The impact on business growth in rural, regional and remote Australia was another major theme in the submissions.

The Australian Small Business and Family Enterprise Ombudsman, Bruce Billson, said small businesses were finding it difficult to source locally relevant, professional financial advice in places with no local bank branches and that this was restricting timely access to capital and affecting business performance.

He said loans could also be difficult to obtain in the absence of local bank staff who understand the inherent business proposition and/or the value and risk of the area’s residential and commercial assets, which can otherwise be difficult to ascertain for loan security.

The Queensland Farmers Federation, which represents 21 member organisations, laid out all the facts to show the “digital disadvantage” in that state and would not be drawn into the banks’ agenda by stating emphatically that because of the reasons it outlined, it does not support the closure of local banks branches. 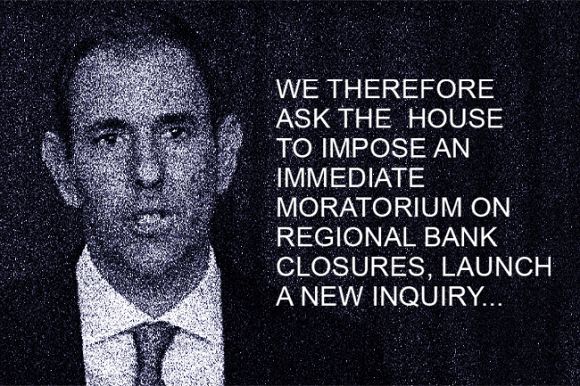 “We urge the Taskforce to consider who we are leaving behind of our community and why.”

In an impressive submission from the Berrigan Shire Council, chief executive Karina Ewer also refused to accept the premise of the Taskforce’s questions, slamming home point after point:

The current framing and ordering by the Taskforce of its questions infer that the Taskforce's operating assumption is that access to personal banking and financial services in rural and regional Australia is not a “legitimate cost of doing business in a commodity-based economy”.

Nor do the questions posed suggest the Taskforce appreciates the financial, export-oriented commodity-based economic reality of regional and remote Australia. Specifically, to remain competitive in global commodity markets now more than ever, there is a need for continued investment and bank branch presence in Australia's regional, rural and remote areas.

Asking questions such as “What banking facilities, services and products are used in regional bank branches?” are quite insulting to areas where multi-million dollar businesses are not only farms, farming enterprises and their support industries, they are industries exporting their products directly from these areas to the world. People in regional areas are asking for equity.

We wonder why that is too much to ask and having to constantly justify the need for equitable access is quite frankly — old. The question perhaps should have been, “How could the banking industry better support regional areas in encouraging the growing industry investments being experienced in these areas?”

With just one “big four” bank left in the entire Berrigan shire, Ms Ewer calls for a banking model that is ‘service-based not profit-driven’.

The submissions speaking to the welfare impacts of bank closures in rural, regional and remote Australia are probably the most sobering. 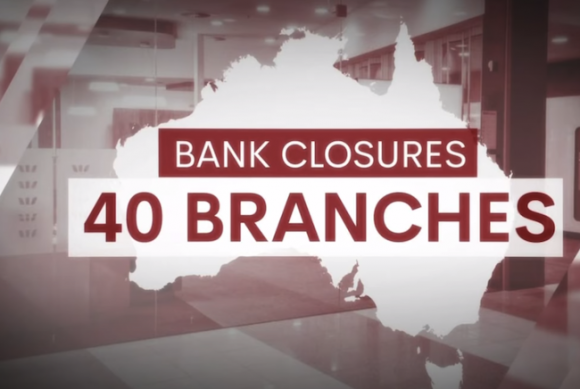 Ann Hobson, of the Theodore Chamber of Commerce in Queensland, submitted a comprehensive list of vulnerable people in her town who were disadvantaged by the removal of face-to-face banking services:

The Taskforce’s only answer to this was to continue to push these groups further towards digital banking and a vague recommendation for banks to ‘improve support for regional consumers experiencing vulnerability’.

The Combined Pensioners and Superannuants Association of NSW (CPSA) best summed up the Taskforce’s complete disregard for the most vulnerable:

There is a cohort of people who will never be able to use internet banking services for a range of reasons.

CPSA is of the opinion that this Issues Paper does not accept that this cohort of people exists and ultimately fails to address the need for a banking services safety net that ensures every Australian, regardless of their age, technological skills, and personal banking choices, has access to banking services.

The Taskforce’s inclusion of the term “competitive neutrality” in the final report reveals what it thinks of these sentiments.

Under this economic philosophy, there is no place for community service obligations that would address customer welfare and inequity in the banking sector.

Again the question — how did commercial interests gain control of such an important government inquiry? 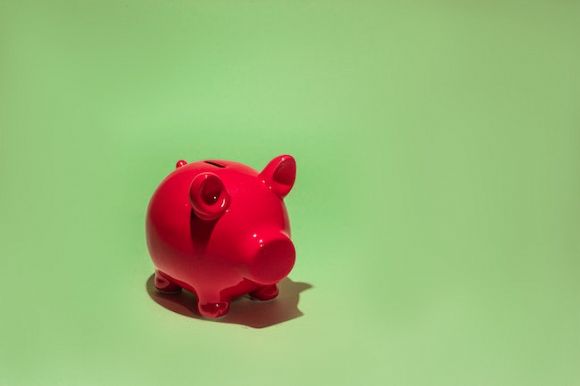 The regional hit list since the end of September 2022