Biden’s announcement of NATO’s withdrawal from Afghanistan began to take concrete form on Monday as General Austin Miller announced the beginning of the end of the Afghan occupation.

Following the American lead, NATO member-states along with Australia and New Zealand made their own declarations of withdrawal.

Newly inaugurated Defense Minister Peter Dutton declared it was “unlikely” that Australian servicemen/women would return to the war-torn country.

Concurrently, however, the operation has seen the positioning of yet more American firepower to the region. Additional B-52 bombers have been placed at the al-Udeid airbase in Qatar, hub of the U.S. Central Command, ostensibly to provide cover to the roughly 10,000 withdrawing soldiers. 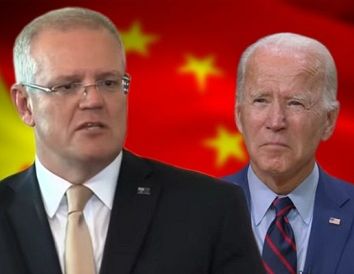 The U.S. is determined to maintain its dominance over the world and is unlikely to forfeit that without a fight, writes Vijay Prashad.

The movements seem not to have convinced retired Colonel Wilkerson, Chief of Staff to Bush-era Secretary of State Colin Powell.

“I don’t see that they have a genuine strategy,” Col Wilkerson said, speaking from Virginia.

As well as obstructing the central artery of Beijing’s Belt and Road Initiative across Eurasia and having a base from which to exert covert pressure on China’s western-most province, Colonel Wilkerson added the U.S. presence has also been prepared for the possibility of nuclear weapons proliferation resulting from a collapse of state authority in Pakistan.

In the near 20 years since the U.S. invasion of Afghanistan, the principal obstacle to its success has been the enduring weakness of the NATO-backed government in Kabul. As recently as last December, forces of the Kabul Government had relinquished control of almost 200 military positions in the south-western Kandahar province, a longtime Taliban stronghold.

During the Trump era, negotiations with the Taliban were brought into the open and were held in the Qatari capital Doha. The potential to reach an understanding at least with segments of the Taliban could hedge against the complete collapse of the Kabul Government, which controls little territory outside the country’s major cities. 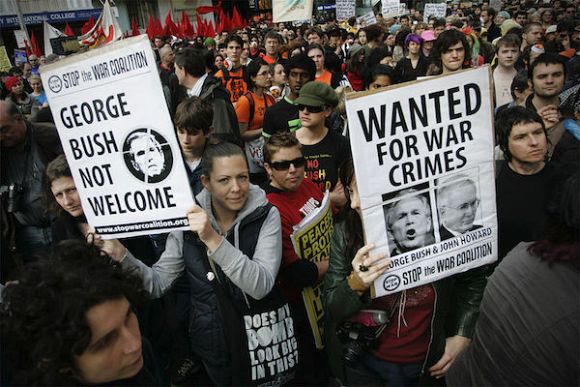 Despite the weakness of its Afghan clients, the Biden Administration finds itself effectively carrying out the policy directives of former President Donald Trump. In the dying days of his presidency, Trump fired his Defence Secretary Mark Esper, reportedly for his resistance to the President’s determination to end the U.S. presence in Afghanistan.

The former President then staffed the Pentagon leadership with loyalists who shared his view and tasked them with planning and implementing the withdrawal.

A possible means of continuing the war was floated by Trump ally and former head of the military contractor Blackwater, Erik Prince. Mr Prince advocated the withdrawal of official armed forces from the country while handing over responsibility to private military contractors.

Currently, there are about 20,000 foreign military contractors in Afghanistan, twice the number of uniformed soldiers.

Whether through the armed forces or the services of mercenaries, the Pentagon leadership are unlikely to take their attention off the landlocked central Asian country, according to Col Wilkerson, its geographic value alone makes it unlikely to be abandoned.

Once you’re there, why would you want to leave? Afghanistan is central to the great game, which is upon us again. Russia and the new player, China are certainly there.

Whether the U.S. remains is yet to be seen but it seems the Biden Administration with its approach to China and Russia is aware of the fact that Central Asia is one of the crucial arenas in the competition between China and the U.S. and, to a lesser extent, Russia and the United States.