The detained Biloela family have achieved a small victory in the support of Barnaby Joyce, yet their future still remains questionable, writes Joanna Psaros.

“What is the thing with boats? Why do you discriminate against boats?”

Nationals leader and Deputy Prime Minister Barnaby Joyce could never be accused of shying away from controversy. Joyce is infamous for a number of indelible moments both in his political and personal life. What Joyce is not usually associated with is advocacy for refugee rights. That is, until now.

In a statement that blindsided many, on 14 June, Barnaby Joyce publicly proclaimed his belief that the Biloela family – subjects of ongoing and publicly emotional legal battles over their visa status as refugees – should be allowed to stay in Australia after the well-known case made news again this month. Joyce went as far as to criticise the Coalition (that is, his) Government’s handling of the case on racial lines, pointing out that the two young girls Tharnicaa and Kopika would have been treated very differently if their names were “Jane and Sally”.

Though Joyce is hardly the first Australian to call out the injustice of indefinitely detaining a three and five-year-old, his message was surprisingly off-brand from a party accused of links to neo-Nazis. So, what is it about this case that tugs at heartstrings where others have not? And what does it mean for the family’s future that a politician as predictably conservative as Joyce is willing to cross the floor for them? 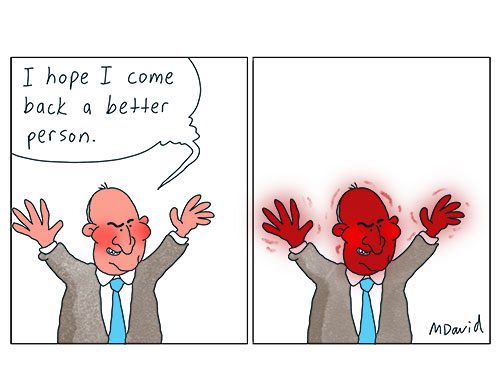 The Biloela family are nicknamed for the small Queensland town in which they lived and worked for four years before being sent to offshore immigration detention in 2018. Priya and Nades arrived in Australia in 2012 and 2013 respectively. Tamils, they had fled persecution in their native Sri Lanka where less than a decade ago government-sponsored murder of Tamil people was widespread and where threats of police brutality and imprisonment against this minority remain.

Nades and Priya were initially granted temporary protection visas, but despite their two daughters being born here and the overwhelmingly high regard in which they were held by members of their community, their asylum claims were finally rejected. It was held that they did not meet the requisite criteria to be considered refugees in Australia. However, the extent to which these refusals to issue the family visas has been influenced by their having arrived by boat has been questioned by more than the odd sceptic.

“Stop the boats”, a slogan rendered almost meaningless by its repetition from the mouths of MPs and talk-back callers alike, is now synonymous with our immigration policy. And ever since former Prime Minister John Howard’s infamous conflation of the arrival of asylum seekers on boats and the threat of global terrorism, our leaders have continued to implement his offshore immigration detention policy to varying degrees.

Some publicly display these policies — in the case of Prime Minister Scott Morrison, literally (sitting atop Morrison’s desk is a silver boat-shaped paperweight upon which are engraved the words ‘I stopped these’). However, lower-key Labor governments have quietly followed this hard line, too. 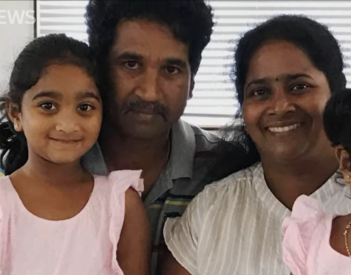 The Morrison Government's three big furphies on the Biloela family

On 19 June 2021, rallies were held around the country in support of the Biloela family. Below is the speech IA columnist Dr Abul Rizvi gave at a Canberra rally.

In a parliamentary research paper, Janet Phillips states that:

‘Both major parties are in general agreement on many of the key measures...’

‘Over recent years, many short-term deterrence measures have been introduced by both Labor and Coalition Governments, but many more long-term incentives or proposals along the lines of those recommended by the [2012 expert panel on asylum seekers established to advise the Government on the “best way forward”] have largely not been pursued.’

But does the ends justify the means if this deterrent strategy works? For many, that would be arguable given the irreversible damage that individuals in this situation suffer (though a counter-argument might point to the harm caused by people smuggling). It might be a moot point, anyway. Australia’s offshore immigration detention policy is entering its 20th year but there has not been a sustained reduction in the number of boat arrivals. In fact, there has been a sporadic rise since 2001.

Additionally, while the Government took the step of establishing an expert panel on boat arrivals, it failed at the next hurdle and did not follow the expert advice that they had sought. (Some of the long-term advice ignored included ‘create better migration pathways and protection opportunities for refugees’.)

Even setting aside Scott Morrison and his toy boat, it seems remarkable how little our leaders care about confirming suspicions that visa outcomes are not determined solely on individual merits. In the telephone conversation with then-President Donald Trump, PM Malcolm Turnbull stated repeatedly that a group of refugees who had been detained offshore for over three years at the time would have been “let in” to Australia had they arrived by any means but sea. 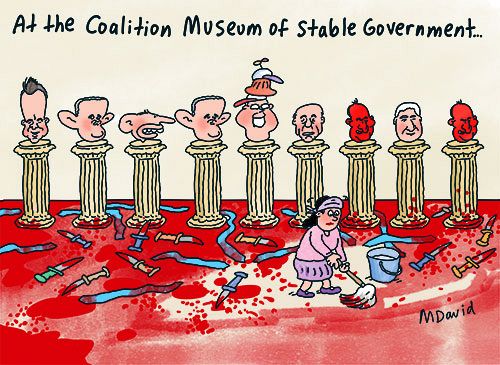 “So we said, if you try to come to Australia by boat, even if we think you are the best person in the world... we will not let you in,” Turnbull explained to the disbelieving President. “You are worse than I am,” an impressed Trump responded.

What does all of this mean for Nades, Priya, Tharnicaa and Kopika — individuals who might, as Turnbull predicted, plausibly have been described as “best people in the world” by their many friends and neighbours? Though Barnaby Joyce is hardly the most deserving of credit in this matter, the weeks since his public defence has seen a small victory. Three of the family members have been granted three-month bridging visas and a release from detention. The family are thought to be together in Perth now.

Though sighs of relief were breathed by many at this hard-won victory, the Biloela family’s futures still hangs in the balance. The family are unable to leave Perth and the visas will expire in September.

More broadly, it should be borne in mind that this decision was an exception (grounded in ministerial right to intervene in the public interest) and not the rule. We can’t know for sure whether this discretion will be applied in other, lower-profile cases or how much longer the Biloela family would have been detained if little Tharnicaa had not become so unwell.

But for those currently suffering under Australia’s immigration scheme and all those yet to seek asylum in Australia by boat, perhaps the best that can be hoped for is that the Biloela family’s success in winning over hearts across the country is incentive enough for the Government to finally look past short-term solutions.