With Bill Shorten making a headland speech today about reforming the ALP, Dr Geoff Davies says what is really needed is a new progressive political party.

But what constitutes “major” reform depends on who’s talking. To Shorten it reportedly means you don’t have to be a union member to join Labor and perhaps unions and factions will have a little less say in pre-selections.

A few weeks ago, I suggested Labor ought to disavow the market-fundamentalist neoliberalism that has dominated Labor and most of the world for the past three decades, because neoliberalism has been the major cause of rising economic and political inequality, and it directly caused the Great Recession that still grips much of the world.

Not only does neoliberalism undermine Labor’s founding purpose ‒ to stand up for ordinary people ‒ but it is a baseless and discredited ideology, as I have explained in my book Sack the Economists and it has brought the return of plutocracy and the new gilded age, as exhaustively documented by French economist Thomas Piketty.

Although I advocated reform of the ALP, I hold little hope it will happen. Even where they are not overtly corrupt, Labor and too many unions are dominated by careerists whose only goal seems to be to acquire power for power’s sake.

Shorten’s incremental changes will not break the power of these people.

Indeed there seem to be few left in Labor who have not accommodated to the betrayal of Labor’s purpose. (I hasten to add I am a supporter of unions in principle, but too many of them have also become ossified.)

Left to its own devices, the ALP is unlikely to fundamentally reform itself. It would take someone at least of the stature of Gough Whitlam and no such reformer is in evidence. Therefore, a different strategy is required.

I think the only option is to form a new progressive party.

The new party would be aimed at what was Labor’s core constituency — ordinary people. Its goals would be to defend ordinary people against predatory business and finance, to promote a decent society and to develop a perennial economy — one that moves away from crude mining (and dumping).

This would not be an anti-business stance, but rather a stance in support of businesses that play fair and produce real wealth for a real future.

There will be two reflex reactions (at least) to this proposal.

One is that it will only divide the progressive vote and keep the Coalition in power.

The other is that the Greens are already a progressive party, so why compete with them?

Part of the answer is preferential voting.

Where the ALP or the Greens have reasonable candidates or policies, preferences can be exchanged. The Coalition has been doing this for decades.

The other part of the answer is that both the ALP and the Greens would be free to overcome their present limitations and take votes back. A healthy competition would ensue. When Pauline Hanson started pulling 15% or more of the vote, the Coalition responded very smartly.

Personally I would give the Greens a better chance of responding constructively than Labor, but who knows?

I think the Greens ‒ as distinct from the Murdoch parody of them ‒ are broadly sensible and progressive, but many people seem reluctant to vote for them, perhaps because of a lingering tree-hugger image and the inability of the Greens so far to penetrate to the bread-and-butter issues (in the face of hostile media and commentary, I grant).

Perhaps more important is the simple tribalism of many voters.

Based on the way the parties have shifted over the past 40 years or so, old Labor voters should be voting Green and old conservative voters should be voting Labor; currently, the Greens are moderate-Left, Labor is Right and the Coalition is extreme Right. Anyway, a party that presents itself as the champion of ordinary people and heir to the Labor tradition might be able to lure Labor voters, where the Greens have not.

I think there is enormous frustration with the ALP at present, particularly its abandonment of all pretence of common decency and its willingness to dance to the tune of the big end of town. There is also a growing awareness that free-market economics needs to be moderated.

I have argued in Sack the Economists that a managed-market regime could transcend the old ideologies and move us rapidly towards higher quality of life, as distinct from more and more stuff, more frenetically produced, in a degrading world. I think a party that can clearly articulate a vision centred on ordinary peoples’ broader needs and a decent society with a real future will quickly gain adherents.

The choice for the ALP will be clear: either it responds by cleaning out the manure and dead wood and moving back towards its founding values (a huge task), or it continues its decline towards oblivion.

If the latter came to pass, it would be good riddance, because the ALP has for some time been an enormous obstacle to progressive change.

A party that couldn’t beat the superficial rabble of incompetents and extremists that is the Abbott Government is much better gone.

Dr Geoff Davies is a commentator, scientist, and the author of Sack the Economists (published November 2013). He blogs at BetterNature: betternature.wordpress.com. 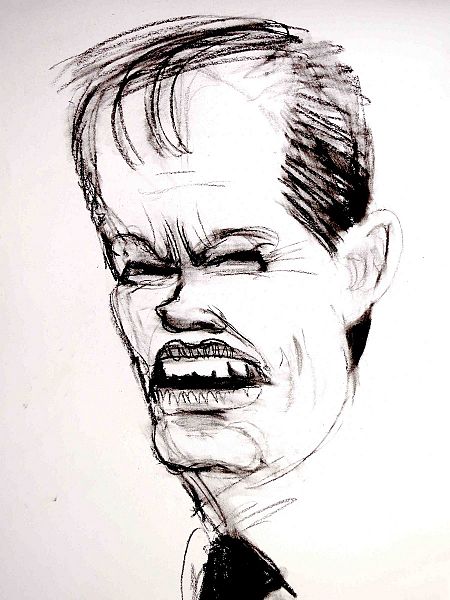