A split of the Labor Party would be for the benefit of workers and progressives.

Labor’s long-standing small-target, Coalition-lite strategy is a clear failure and fails the country. As Labor shows no sign of changing, any members with integrity should quit.

The previous three Labor splits featured desertions to the conservative side of politics: Billy Hughes, Joseph Lyons and the Democratic Labor Party. That can’t happen now because Federal Labor as a whole deserted to the neoliberal side in 1983.

The result has been accumulating disasters, but neoliberalism still promises to deliver worse: an ever-feebler economy along with the full-on police state and climate catastrophe. A fundamental realignment of political power is required.

Meanwhile, as the commentariat’s hyperventilation over a Coalition Government actually spending some money dies down, we see the same old toxic Coalition agenda.

Plunder the public purse for your mates, break any rule or law or convention that gets in the way, wage culture war against knowledge and creativity, and do whatever you need to stay in power. 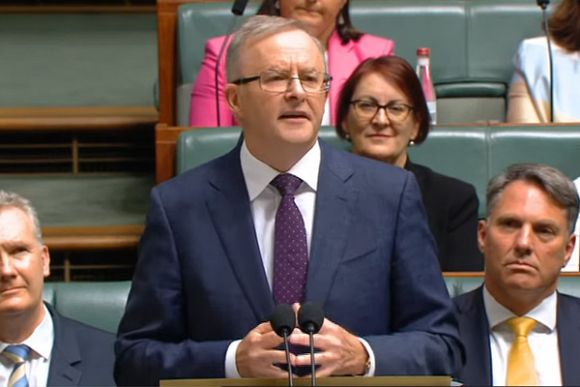 A closer examination of Anthony Albanese's Budget reply speech reveals that it lacks any substance behind his words.

It is gob-smacking that Labor can’t seem to see a way to gain advantage over this most staggeringly incompetent and corrupt government in Australia’s short history.

Balancing the budget was never a primary Coalition objective, it was an excuse to cut services after taxes had been cut for the rich. For the moment, there are some problems that need some money thrown at them so they’re doing that, but the spending is temporary.

The Coalition Government systematically destroys everything worthwhile in our society, in the name of small government, cultural warfare and venal advantage. Their mates destroy the land and their mining sponsors destroy the planet.

The Government starves the public universities, the ABC and the national cultural institutions, except for the National War Memorial and for celebrating war more generally.

The Prime Minister has refused to take up the federal responsibility for quarantine and build the national network of isolation facilities we will clearly need for some time yet. This will serve us during the current pandemic and for future ones.

This is the Government that, in a pandemic year, has refused to take up its responsibility for aged care. This is the same Prime Minister who refused even to talk to rural fire chiefs about boosting the air tanker fleet and other equipment, before, during and after the catastrophic Black Summer fires.

It is hard to keep up with the incompetence: the NBN, aged care, the vaccine rollout and many more. There seems to be some kind of practised irresponsibility.

Perhaps it comes from avoiding any long-term spending, or perhaps it is to hasten the "End Time" of the Prime Minister’s deluded religion.

Whatever the reason, the Greens get it right: by stoking fossil fuels and ignoring clean energy, the Coalition accelerates us into climate collapse.

The real problem with aged care is privatisation. You maximise profit by cutting costs, which means cutting staff, cutting staff training, paying minimal wages so people need multiple jobs and cutting essential supplies. That is why there are horror stories of neglect and abuse over many years, and why the virus ripped through the frail elderly population trapped in aged care facilities.

This is a graphic example of the widespread failure of market incentives to align with desired results – the fundamental flaw in the market-fundamentalist fantasy – which has neither a theoretical nor empirical basis.

Coalition politicians regularly display contempt for wage-earners, battlers, the disadvantaged and basically anyone who isn’t privileged and rich like them. There are many examples: then-Treasurer Joe Hockey’s 2015 exhortation to first-home buyers to “get a good job”, robodebt, and NDIS Minister Linda Reynolds’ recent lament that public servants showed too much ‘natural empathy’.

There is now an eerie resonance between Hockey’s ignorant arrogance and the current protests against the sexual harassment and abuse of women in Parliament, politics generally, schools and society at large.

The common factor is toxic masculinity; the expectation that the world is there for them to manipulate to their benefit.

The born-to-rule mentality does not emanate only from private boys’ schools but they are a major source, reflecting their lineage from English private schools, the breeding grounds for toxic males to rule the British Empire.

There can be no excuse of any kind for subjecting innocent families to arbitrary and indefinite confinement to inhumane detention centres. It violates every moral code, international and national law, and any conception of decency and compassion.

There is much more that could be said about Coalition failures, but the question remains: why can’t Labor get any purchase on any of this?

There seem to be three basic reasons. It is itself too compromised by donor money, it is still afraid of the (increasingly ineffectual) Murdoch media and it has spent so long being Coalition-lite that its members don’t know how else to behave.

Labor is afraid to take on Morrison’s tinsel imitation of an effective pandemic leader. It is, very obviously, the Premiers who have done the heavy lifting and Morrison argued against the lockdowns that did the job. 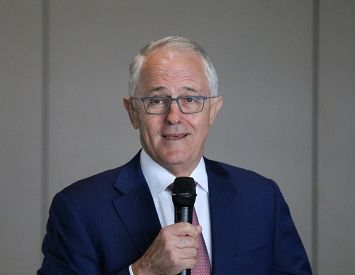 Labor is apparently content to be “in with a chance”, which of course also implies a chance of losing, once again.

Labor Leader Anthony Albanese is nearly invisible most of the time, a small target indeed. On the day of his Budget reply, speech Labor was wedged into voting to give the Government the power to indefinitely imprison innocent refugees, another gross violation of human rights. This was a product of Labor’s failure to stake out its own ground, to put daylight between itself and the Coalition.

The country deserves and desperately needs far better. Whatever became of actual leadership, where you get out there and argue and persuade, and show you have a coherent vision?

Anyone in the Parliamentary Labor Party who objects to their Party’s venal lethargy must quit. Exercise your decency and intelligence. Move to the crossbenches as an independent. Join those progressives who are already there and work with them.

It will be argued that this will only guarantee another Coalition election win. Firstly, they might well win anyway. Second, having a Coalition-lite government would only marginally improve things and most of the deep challenges for Australia and the planet would remain unaddressed.

Third, there is a deep hunger for real leadership addressing the big issues. Regardless of their subsequent fates, this was clearly demonstrated by U.S. Senator Bernie Sanders and former UK Labour Party Leader Jeremy Corbyn.

Many people would flock to a loose coalition of ex-Labor, independents and Greens who stood for real leadership.

Even if they did not immediately win a majority, a progressive group in parliament could shift the culture and break the stranglehold of corruption on Australia's politics. That would give people a glimpse of how things might be better.

It would offer hope, and then there would be no stopping the change.

Dr Geoff Davies is a retired scientist, long-term economics critic and commentator on society and politics. He is the author of Desperately Seeking the Fair Go, Economy, Society, Nature and The Little Green Economics Book.